What Lessons Will We Learn From Zika? 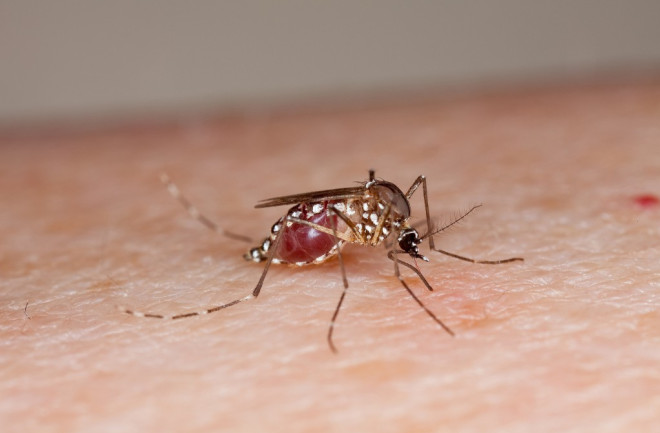 A female Aedes aegypti mosquito. (Credit: U.S. Department of Agriculture/Flickr) Zika virus caught the world off guard, but it shouldn’t have. The rapid spread of the mosquito-borne virus, and its possible connection to birth defects and neurological disorders, compelled the World Health Organization on Monday to declare an international public health emergency. But by that time 1.5 million Brazilians had already caught the virus, and it had spread to 24 countries in the Western Hemisphere. The current tally from the Centers for Disease Control and Prevention indicates 30 countries are now reporting active transmission. “It seems like we are always behind,” says Jorge Osorio, a professor of infectious diseases at the University of Wisconsin-Madison. Osorio returned to the United States on Friday after a research stint in Colombia, where the total of confirmed Zika cases is second only to Brazil. “We knew it was a matter of time before this would happen.”

Countries and territories with active Zika virus transmission. (Credit: CDC/NCEZID/DVBD) There’s no doubt that a rapid global response — like what’s currently underway — is needed, but Zika’s transformation from a sleeping virus to a global crisis is all too familiar. Since the 1970s, global re-emergence of mosquito-borne infectious diseases has only accelerated. In 2001, global cases of dengue fever skyrocketed. In 2004, chikungunya re-emerged in East Africa and spread worldwide. But with every new outbreak, a recurring flaw in the approach toward infectious disease control is exposed: We’re consistently reactive. “It’s sort of human nature. We react to the thing that’s on fire, but we aren’t so good at prevention,” says David Katz, a certified board specialist in public health and founding director of Yale University’s Yale-Griffin Prevention Research Center. “We neglect the factors that produce emerging infectious disease, and in the blink of an eye we have a global crisis on our hands.”

A Period of Apathy

By the late 1960s humanity was winning its war with malaria, yellow fever, dengue and a host of other diseases. Proactive, aggressive eradication efforts eliminated the Aedes aegypti mosquito — the primary carrier of infectious diseases — in 23 countries. But our declaration of victory was specious. Duane Gubler, a professor of emerging infectious diseases at Duke-NUS Medical School in Singapore, noted in a 2011 review that our comfort in victory kicked off a period of “increasing apathy and complacency” toward controlling infectious diseases. A new, more reactive paradigm of surveillance and emergency response was adopted for disease control, and resources shifted to other diseases.

A look at how Aedes aegypti populations rebounded in tropical Americas from 1930 to 2011. (Credit: Duane Gubler, "Dengue, Urbanization and Globalization: The Unholy Trinity of the 21st Century," Tropical Medicine and Health, Vol. 39, No. 4 Supplement, 2011, pp. 3-11) In the four decades that followed, unprecedented population growth occurred around the world, and more people converged in crowded urban centers. Mosquitoes that once spread diseases in remote, less-populated locales had millions more human hosts to bite and infect in confined areas. On top of that, advances in global transportation made the world smaller and further enhanced the ability of viruses to expand their reach. Today, a respond-to-an-emergency approach can’t keep up with the ability of viruses to mutate and spread. “We live in a crisis-oriented society. But this has been going on for the better part of 40 years as we’ve seen these global pandemics of infectious diseases spread,” says Gubler. “We wait for them to occur.”

The emergence of the dengue in the Americas was associated with the introduction of new variations of the virus. (Credit: DengueNet 2007 data provisional via Duane Gubler, "Dengue, Urbanization and Globalization: The Unholy Trinity of the 21st Century," Tropical Medicine and Health, Vol. 39, No. 4 Supplement, 2011, pp. 3-11)

Writing Was on the Wall

Infectious disease researchers could see Zika’s warning signs long before the outbreak captured headlines. The virus was isolated in 1947 from rhesus monkeys in Uganda. Only sporadic human Zika infections were reported since its initial discovery, and its clinical presentation didn’t sound alarms. Oftentimes, infected people wouldn’t know Zika was in their system. For that reason, the virus didn’t garner much attention or warrant funding for research. “In the United States, research for all science and infectious diseases has been at historic lows, so to get funding for Zika virus, which wasn’t causing many infections, was nearly impossible,” says Matthew Aliota, a research scientist at the UW-Madison School of Veterinary Medicine. It wasn’t until 2007 that a Zika epidemic swept through Yap Island in the Federated States of Micronesia. A larger epidemic followed in French Polynesia in 2013-14. In May 2015, the Pan American Health Organization issued an alert about the transmission of Zika virus in Brazil. And in July, Gubler sounded the warning in an issue of

A transmission electron micrograph of Zika virus. (Credit: Cynthia Goldsmith/CDC) “We essentially predicted this months ago, and said it would follow in the footsteps of chikungunya because it has the same epidemiology,” says Gubler. “Part of our problem is that we have a mentality of looking at these viruses, including a lot of virologists, as monolithic species. These viruses change genetically, and those changes affect expression.” Today, a virus that was largely ignored is now affecting human health in ways we didn’t anticipate. In other words, a virus that’s lying dormant doesn’t make it less of a threat to world populations. And with half the world’s population living in areas susceptible to infectious diseases, a virus that’s gone quiet doesn’t mean it won’t come roaring back. “Yellow fever is another virus that’s sitting in the wings. It still exists in West Africa, but it’s been relegated for the past 60 years,” says Gubler. “If, or when, it starts causing trouble, it will make all of these other outbreaks pale by comparison.”

Preventing the Next Outbreak

That’s why Gubler, Osorio, Katz and others advocate for going on the offensive to strike viruses before they spiral out of control — even benign viruses. With adequate resources, vaccine development could be accelerated. Mosquito populations could be kept in check. Researchers across scientific disciplines could collaborate to build ways to predict future hotspots for outbreaks and focus energies there. “You need to rebuild public health infrastructure in endemic countries and develop the lab capacity to support a surveillance system to give you some predictive capability,” says Gubler. “That requires investment, dedication and some bit of faith on the part of policymakers that this is money well spent.” Osorio and Aliota are working in Colombia to build more accurate laboratory diagnoses of Zika, dengue and chikungunya. The other focus of their research is to track the way Zika and viruses like it evolve and adapt in their hosts. Their research has shown that Zika split into two distinct lineages, African and Asian. The strain they’re seeing in Colombia can be traced back to the strain that existed in the 2013-14 outbreak in French Polynesia. But their work has a larger aim: predicting how viruses will mutate to get ahead of the next outbreak. “I’m trying to be more predictive using lab studies and experimental evolution in the lab to be more proactive,” says Aliota. “It’s idealistic thinking, but we’re working to predict the evolvability and adaptability of certain viruses.” Building a more thorough global network of early detection centers around the world is also essential for pivoting to a proactive approach to infectious disease. Expanding the reach of organizations like the Global Virus Network, which is composed of research centers around the world that focus on viral causes of human disease to prepare for novel pandemic threats, could provide enough warning stay ahead. A robust, global virus detection system could operate similarly to the global array of earthquake-detecting instruments that give advance notice of a potential disaster. “We must continue to create those centers around the world, and ensure they are funded and equipped with people who are well trained to do this,” says Osorio. “Early indication is important, and it gives us the ability to take measures right away.”

“We need to look at culture, epidemiology, economics and ecology at a local level and develop strategies from there,” says Gubler, who helped form the Partnership for Dengue Control, which brings health experts together to do that. Overall, infectious disease researchers are pushing toward a more interdisciplinary approach to predict outbreaks. Jonathan Patz, director of the Global Health Institute at UW-Madison, is doing research to connect the dots between climate change and global health, offering a glimpse into the ways differing scientific fields can combine to build a proactive approach to mosquito-borne disease. His research has revealed a link between dramatic climactic shifts and the occurrence of viral outbreaks. “Extreme drought conditions tend to drive the proliferation of Aedes aegypti. Epidemics of Zika, dengue and chikungunya have been preceded by drought,” says Patz. “This year, the el Nino event is looking like the strongest on record. During el Nino, northeastern brazil is generally affected with drought.”

NOAA declared 2015 as the world’s hottest year on record. In the same year northern Brazil, Colombia, parts of Venezuela, Peru and Ecuador experienced record heat. Patz notes there are myriad other variables that shift weather patterns and the spread of disease. But, generally speaking, he is finding that drought is a contributing factor. Patz’s work reflects a larger shift toward looking beyond the infectious agent and building a broader recognition of factors that are in play. “It’s getting much better in terms of interdisciplinary focus,” says Aliota. “I never thought, when I first got into the hard sciences, that I would be talking to geographers, anthropologists and the other disciplines in my work.” Of course, controlling the populations of A. aegypti, the source of the problem, is also a key area of research. Methods of population control, and wider access to mosquito nets and repellant in poor countries are essential. There’s also emerging interest in research to genetically modify mosquitoes. The research could limit their ability to breed — or wipe them out completely. “Mosquito control has been left wanting for over 40 years, and that’s catching up with us,” says Gubler.

If there’s any silver lining from the surge in outbreaks, it’s that it brings into sharp focus the sheer connectedness of humanity. Zika, dengue and chikungunya don’t respect political borders. Outbreaks are forcing us to break long-standing lines of division and embrace the fact that we are one species. “Zika does not give a damn about whether you are Muslim, Jewish or Christian,” says Katz. “The world is small, and there is no ‘over there anymore.’ We’re all in the same petri dish. I think that shift in thinking is fundamental to our preparedness.”