What is the optimum thickness of meat? 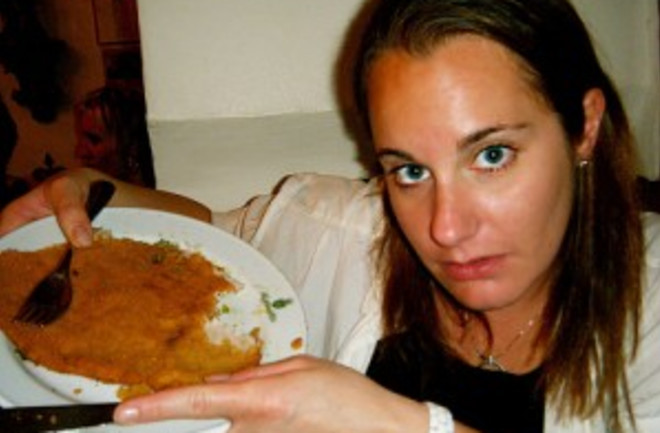 Photo: flickr/Sarah AckermanThis paper really needs no introduction. We love these Argentinian scientists for their dedication to meat. Way to optimize the schnitzel experience!How thick do consumers' want their meat and how thick do they get it? The case of deep-fried breaded beef. The main objective was to estimate the optimum thickness of meat from a consumers' perspective. Breaded beef (known as "milanesa" in Spanish speaking countries and as "schnitzels" in Austria) is a food product prepared with a slice of meat that is dipped in beaten egg to then be covered in bread crumbs; thus prepared it is fried. This product was used as a case study. Breaded beef was evaluated in three different stages: raw slice of meat, appearance of meat after frying, and during mastication. Breaded beef prepared with meat of varying thicknesses were presented to consumers who evaluated if the thicknesses were too thin, ok or too thick. Survival analysis statistics were used to estimate the optimum thicknesses. Results for each stage were: raw slice of meat = 6.7 ± 0.2 mm, appearance of the cut fried breaded beef = 8.4 ± 0.3 mm and during mastication = 7.6 ± 0.3 mm. The average thickness of the meat cut by butchers for breaded beef was 5.9 mm, not too far from the optimum. However, the average thickness of the meat in the breaded beef ready for frying sold by the same butchers 3.7 mm, clearly thinner than the optimum.

NCBI ROFL: Ever wanted to know what's really in hotdogs?

NCBI ROFL: The best use of CAT scans to date: bacon quality prediction.