A look at the science and developments behind the pandemic’s most controversial drug. 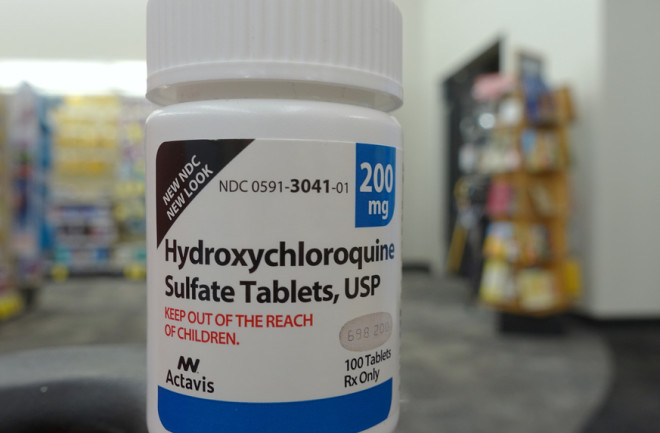 Another day, another headline about hydroxychloroquine, the drug embroiled in a weeks-long controversy over its value in treating COVID-19.

Hydroxychloroquine has been politically charged because President Donald Trump has reportedly taken the anti-malaria drug, believing it might help him ward off the coronavirus.

But this week, the conversation took an interesting turn. Scientists around the world have disputed the validity of some of the scientific research that had called into question hydroxychloroquine’s effectiveness in helping treat COVID-19. They say a particular dataset being used in a number of coronavirus studies — including one that examined hydroxychloroquine and COVID-19 mortality rates — is flawed. If the dataset isn’t good, that might also call into question some of the conclusions made by studies relying on the dataset.

In May, a paper published in The Lancet found an association between prescribing hydroxychloroquine and a similar drug, chloroquine, with an increased risk of irregular heartbeat and death among hospitalized patients with COVID-19. These conclusions were highly influential and cast doubt on the safety of hydroxychloroquine — as well as prompted the World Health Organization to halt its own investigation into the drug.

But in an open letter, scientists aired a number of concerns with the study and dataset. Some of problems, they said, related to the statistical methods the research paper used to analyze the data. They also said the numbers of cases and deaths in the dataset didn’t always add up, and that they were suspicious of some of the methods used to compile it. The letter also said an ethics review didn’t occur, and that it was fishy that the public was being kept in the dark about the specific hospitals and countries included in the dataset.

In response, The Lancet initially issued an “expression of concern” and made plans to independently audit the data. The dataset is owned by Surgisphere, a privately held Illinois-based health care analytics company. But Surgisphere did not cooperate with investigators and blocked access to the data — prompting authors of the paper to retract their research altogether.

The New England Journal of Medicine also retracted a study that relied on the dataset, which looked at survival rates of COVID-19 patients taking certain blood pressure medications.

In Surgisphere’s response to the allegations earlier this week, the company stood by its data and affirmed a commitment to transparency.

So, does this fallout mean hydroxychloroquine is maybe safer and more effective than scientists originally thought? Well, not exactly.

What Is Hydroxychloroquine and What Does It Do?

Hydroxychloroquine, which is a less toxic derivative of chloroquine, is a drug that was developed decades ago to prevent and treat malaria, a mosquito-borne parasitic infection. Once malaria enters the body, it hangs out in the liver, where it multiplies. Then, the copies of the parasite invades a person’s red blood cells.

Hydroxychloroquine and chloroquine attack malaria by raising the pH level of parasite cells. Doing so gets in the way of important biochemical reactions that the parasite relies on to spread.

These days, other treatments are generally prescribed for malaria. But because hydroxychloroquine is also an immunosuppressant, it is sometimes used to treat lupus, rheumatoid arthritis and other autoimmune diseases.

With lupus, the immune system goes haywire and attacks the body’s own tissues and organs. It is less understood why hydroxychloroquine helps with these types of conditions, but it’s thought the drug inhibits certain aspects of the immune response — a good thing for the purposes of treating something like lupus. But it might not be a good thing for preventing or treating a respiratory illness like COVID-19.

Why Are Scientists Looking at Hydroxychloroquine in the First Place?

In the early days of the pandemic, when scientists were still learning about SARS-CoV-2, the coronavirus strain that causes COVID-19, scientists evaluated many drugs in hopes of finding leads on a possible treatment — including hydroxychloroquine. But attention on the drug has remained particularly strong, in part due to the political polarization that has surrounded it.

Interest in using these anti-malarials for coronaviruses actually dates to the 2003 SARS-CoV-1 outbreak. Hydroxychloroquine and chloroquine were explored as potential treatments for SARS, as very preliminary findings showed some promise. In one study from 2005, scientists found chloroquine could inhibit SARS-CoV-1 from spreading among cells in a dish. But, unfortunately, treatments that work in a lab setting don’t always work in people.

To date, there isn’t a ton of scientific evidence that indicates this anti-malaria medication could help prevent or treat coronavirus in real people. We will continue to learn about hydroxychloroquine in the coming months, as many other studies and rigorous clinical trials are underway.

The first randomized, placebo-controlled trial into the drug, which was published June 3 in The New England Journal of Medicine, found that hydroxychloroquine was no better than a placebo in preventing infection by the coronavirus. The study involved more than 800 patients in the U.S. and Canada, and did not rely on data from the allegedly flawed dataset.

Why Is Hydroxychloroquine Sometimes Used as a Treatment for COVID-19?

An approved, standard treatment for coronavirus does not exist. In light of that, the FDA has approved compassionate use of hydroxychloroquine for treating COVID-19. This means doctors are allowed to give experimental drugs to extremely sick people as a last-ditch effort.

Broader use of hydroxychloroquine to prevent or treat COVID-19 might not be a good idea, for a few reasons. Conclusive evidence that it actually works must be established, especially in light of its side effects and adverse drug reactions.

Hydroxychloroquine is known to sometimes cause heart rhythm abnormalities, eye problems involving the retina, gastrointestinal distresses and skin rashes, as well as liver and kidney damage. The anti-malaria drug could interact with heart, diabetes and anti-seizure medications, to name a few.

Before doctors prescribe a drug, they must be sure that it works and is safe. It’s been established that hydroxychloroquine is effective for malaria and things like lupus — but it’s less clear whether it’s helpful for COVID-19.

Researchers investigate whether medical treatment lives up to claims through randomized-controlled trials. This entails randomly assigning people to either receive a drug or a placebo. The U.S. National Institutes of Health and other organizations have trials underway — so hydroxychloroquine will get a fair shake. But because clinical trials are much more rigorous than your average study, they take a bit longer to complete.

Are There Other Drugs That Work Against COVID-19?

There’s a lot of optimism around a drug called remdesivir. It’s an anti-viral drug that was originally developed for use against Ebola. It wasn’t a great match for Ebola, but scientists later realized its value in fighting illnesses caused by coronaviruses, at least in animal studies.

Recently, preliminary results from a clinical trial showed that COVID-19 patients treated with remdesivir recovered faster. Patients who took remdesivir also were slightly less likely to die from COVID-19. These results prompted the FDA to allow emergency use of the drug among severely ill patients. Remdesivir is still considered experimental, and supplies are limited.

Beyond that, scientists are testing antibody-based therapies as we wait for a vaccine.