What happens when you swallow your cell phone, case and all? 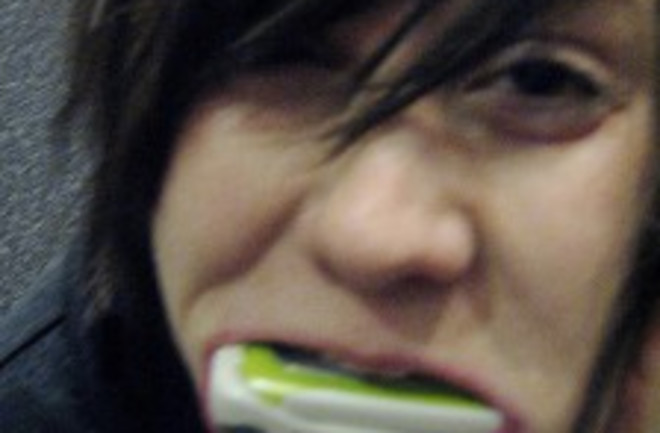 Image: Flickr/half alive - soo zzzzApparently, it gets stuck in your throat. At least it did for the 35-year-old man featured in this medical case study. Doctors had to remove it under general anasthesia. The report says he was intoxicated, but since it doesn't say with what, we will just have to assume he consumed more than just his phone.Accidental cell phone ingestion with pharyngeal impaction. "BACKGROUND: 35 year old intoxicated male ingested an unusual, large foreign object (cell phone). OBJECTIVE: To report the ingestion of an unusual large foreign object with hypopharyngeal impaction, complications, and treatment. DISCUSSION: Foreign body ingestion in the adult population is more prevalent in those who engage in drug or alcohol abuse. Impaction and perforation of the upper aerodigestive tract can lead to significant and potentially fatal complications including parapharyngeal/retropharyngeal abscess, mediastinitis, and aortoesophageal fistula. The treatment of foreign object ingestion is dependent on the type of foreign object ingested, its location, and potential for perforation. Endoscopic removal under general anesthesia is the treatment method recommended for foreign bodies impacted at the cricopharyngeus or esophagus. CONCLUSIONS: We report the only case of the accidental ingestion of an entire cell phone with casing. A plain film x-ray of the neck can be used in the assessment of the location of radiopaque foreign objects and in diagnosing potential complication." Related content: Accidental condom inhalation. Polygamous male bustards eat poisonous beetles to rid themselves of STDs.Sword swallowing and its side effects.