What does eye color have to do with skin color? 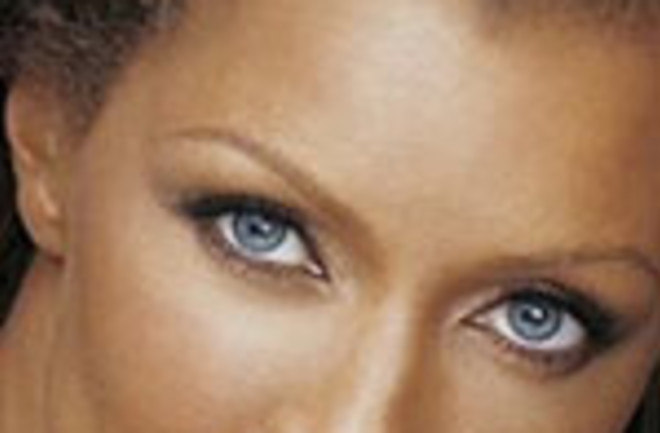 Via Dienekes, Interactions Between HERC2, OCA2 and MC1R May Influence Human Pigmentation Phenotype:

Human pigmentation is a polygenic trait which may be shaped by different kinds of gene-gene interactions. Recent studies have revealed that interactive effects between HERC2 and OCA2 may be responsible for blue eye colour determination in humans. Here we performed a population association study, examining important polymorphisms within the HERC2 and OCA2 genes. Furthermore, pooling these results with genotyping data for MC1R, ASIP and SLC45A2 obtained for the same population sample we also analysed potential genetic interactions affecting variation in eye, hair and skin colour. Our results confirmed the association of HERC2 rs12913832 with eye colour and showed that this SNP is also significantly associated with skin and hair colouration. It is also concluded that OCA2 rs1800407 is independently associated with eye colour. Finally, using various approaches we were able to show that there is an interaction between MC1R and HERC2 in determination of skin and hair colour in the studied population sample.

There were a raft of studies recently which showed that markers around HERC2 & OCA2 can explain about ~3/4 of the blue vs. brown eye color variation in Europeans. The genes are adjacent to each other, and there is a very long haplotype in that region in Europeans (which might be indicative of a selective sweep). I’ve also mentioned earlier that variation around these markers have been correlated with variation in skin color in Europeans. Finally, a paper from a few years back also showed a very strong association between a variant of OCA2 and blonde vs. brown hair color difference.

The fact that the same genes control different instances of pigmentation variation (in humans skin, eyes and hair) shouldn’t be too surprising. Additionally, the tissue-specific differences in expression are also interesting; individuals such as Vanessa Williams have much darker skin than any European, but eyes as pale as many northern Europeans. This is probably due to the outsized effect of variation around HERC2-OCA2 in eye color vis-a-vis hair or skin color. I’m not particular surprised by interaction effects either. Red hair’s relationship to MC1R is well known, but the variation in question is presupposed on a particular European genetic background. Though skin color seems mostly additive & independent in effect, the whole is mostly the sum of the parts, there are data which suggest interaction (e.g., epistasis) and dominance. When it comes to eye and hair color it seems possible that this would be even more so (eye color being quasi-Mendelian). Genetic architecture needs to be looked at much more closely in terms of being able to predict phenotype from genotype. Here’s a map of the HERC2 SNP mentioned above from the HGDP Selection Browser: