For athletes worried about being over- or under-hydrated, watching water intake levels is probably more effective than taking electrolytes. 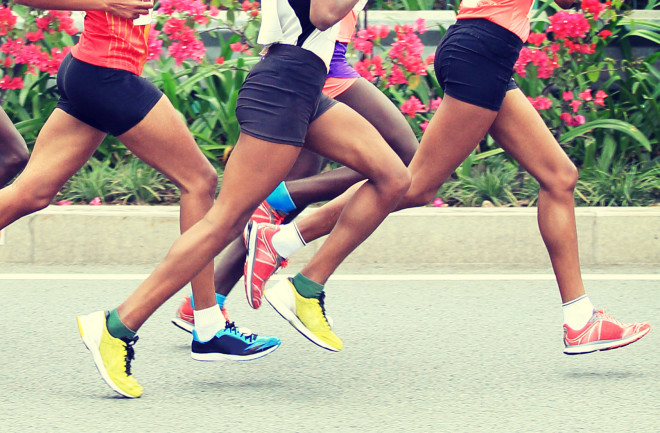 Endurance athletes running 150-mile races are often required to carry 2,000 calories’ worth of food for every day of their run. Amid their supplies, ultramarathon runners often have electrolyte supplements — tablets that contain sodium, potassium and other elements that regulate cell function.

Athletes use electrolyte tablets to ward off nausea, dizziness or even more dangerous side effects, such as seizures or death, that can come with a drop in sodium levels. But new research suggests this strategy isn’t as beneficial to the body as we’d like to think.

In theory, swallowing sodium restores athletes’ salt levels and ensures that their body keeps functioning during a long workout. Some brands also tout that electrolytes can stop cramping, but the scientific research doesn’t back up that claim.

Tracking the sodium levels of 260 ultramarathoners, a new study published in the Clinical Journal of Sports Medicine found that electrolyte supplements weren’t actually the key to preventing sodium levels from dropping too low. Rather, the amount of water runners consumed during an ultramarathon had a bigger influence on their sodium levels.

And this finding doesn’t just apply to runners. Other endurance athletes, such as rugby players and rowers, have been warned of the dangers of low electrolyte levels, as it has led to deaths while playing these sports, says study co-author Grant Lipman. But there’s a caveat with runners that doesn’t seem in line with the idea that boosting electrolyte levels can only help, rather than hurt.

“If you look at collapsed runners, they are more likely to have [high electrolyte levels],” Lipman, who studies endurance training-related injuries at Stanford University, says. “Both extremes can be injurious.”

Sweating leaves electrolytes behind in the body, and if too much water is lost, sodium levels can get too high. Drinking too much water can have the opposite effect and dilute salt in the body, making sodium levels too low. Both conditions can have serious health consequences, and growing awareness has encouraged some athletes to take electrolyte supplements or schedule how much water they drink as a way to ensure they keep the right balance in their bodies.

“It’s ubiquitous — don’t get dehydrated, take your electrolytes,” Lipman says. “Everyone is hyperaware of it.”

Lipman and his colleagues wanted to see how runners’ sodium levels fared in hot weather. Extreme heat makes people sweat more and drink more water — but the No. 1 cause of low electrolyte levels is too much fluid ingestion, Lipman says.

To see how runners handled the heat, the researchers collected data before and after the last 50-mile leg of four different ultramarathons. Two took 98 runners through 93-degree-Fahrenheit Namibian and Chilean deserts, and two guided 76 runners through 58-degree Mongolia and Patagonia.

Blood samples showed that, once crossing the finish line, 30 runners were dehydrated with high levels of electrolytes, while 11 runners had low sodium levels. When the research team added in other information from the runners — how much they weighed before and after the 50-mile run, what their hydration plan was and how well they adhered to the schedule — they found that electrolyte supplements didn’t save anyone from dangerously low salt levels, or push their concentrations too high.

Instead, the runners’ electrolyte levels were likely ruled by the amount of water in their bodies. More of the runners who became dehydrated ran in hot deserts, and high heat conditions alone made runners nine times more likely to have high sodium levels.

Running to Your Own Beat

The team also found that those with low sodium levels were heavier than their competitors and took longer to finish the race. It’s hard to know if their slower pace helped cause the low electrolyte levels or if it was a symptom of the condition, Lipman says.

Regardless, the study highlights how high temperatures put people at a higher risk of these electrolyte problems — issues that likely can’t be solved by supplements, Lipman says.

So, is there an easy way to tell what your body needs when you’re exercising? Unfortunately, the signs of dehydration and overhydration can feel the same, as both cause nausea and headaches. The biggest symptomatic difference is that the over-hydrated aren’t thirsty, Lipman says, so it’s essential to look for that cue.

“Run smart and listen to your body,” he says. “Hopefully, that will get all runners to their own finish lines.”

More From Discover
Mind
What is Anxiety and How Can Worries Overpower Us?
Health
This is How Much Water You Should Actually Be Drinking Each Day
Health
What is Epilepsy and What Should We Know About it?
The Sciences
Your Body, the First 5 Minutes After You Die
Health
A Blood Test That Screens For Multiple Cancers At Once Promises To Boost Early Detection
Health
The Surprising History of the Bidet Started with the Wealthy and Brothels
Recommendations From Our Store
My Science ShopDiscover STEM Kits
My Science ShopDiscover 2022 Calendar
My Science ShopStrange Science
My Science ShopElements Flashcards
Shop Now
Stay Curious
Join
Our List