Thanks to an international collaboration, researchers have a database of DNA from thousands of tumors to draw from. 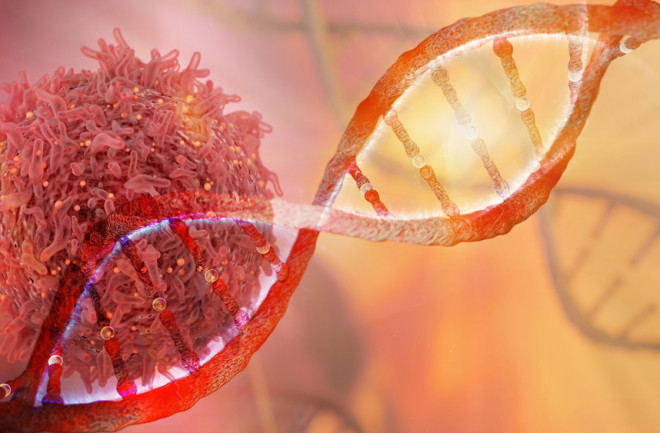 The massive undertaking is revealing how superficially similar tumors are different at the genetic level. (Credit: CI Photos/Shutterstock)

Despite decades of cancer research, a frustrating dilemma plagues doctors. Two people might have cancers that look identical under the microscope, but which respond differently to the same treatment. It's a reminder of cancer's frustrating complexity, and a challenge for doctors.

Now, a massive collaboration among researchers has taken an unprecedented look into the inner workings of cancer with a new project that sequenced the genomes of more than 2,600 different tumors. The project is revealing unexpected variation, the authors say.

“The most striking finding is how different one person’s cancer genome is from another person’s,” says Peter Campbell, a cancer geneticist with the Wellcome Sanger Institute.

Campbell is one of over 1,300 researchers who participated in the Pan-Cancer Analysis of Whole Genomes Consortium, which released the results of their sweeping genetic tumor analysis in a collection of 22 papers in Nature research journals today. Their findings could help doctors deliver cancer therapies tailored to a patient’s unique cancer genome, and even help predict cancer years in advance.

Tumors are masses of cells growing uncontrollably. Cells in cancerous growths keep proliferating because of genetic mutations that prevent cells from knowing when to stop duplicating. Scientists have identified a specific set of DNA changes called "driver mutations" that reliably kick off uncontrolled cell growth.

Years ago, scientists started extracting DNA from cancerous cells and sequencing the portions that directly translate into proteins. The effort picked out driver mutations in this part of their genome, and helped doctors make more specific diagnoses about what kind of cancers patients had.

But the DNA segments that code for proteins account for only 1 percent of the genome, says Lincoln Stein, an oncologist with the Ontario Institute for Cancer Research, and who was also involved with the research. That leaves out many genes where mutations might nudge the cell into cancerous growth.

So, for the Pan-Cancer Analysis, researchers decided to sequence entire cancer genomes. The samples ultimately represented 38 types of tumors and came from over 2,500 donors, who also provided healthy DNA so the researchers could see how the cancer-causing DNA changed over time.

The researchers found that most driver mutations are in the DNA that codes for proteins. But many of them aren’t just small changes in single spots — instead, they are entire stretches of flipped, cut or reinserted DNA. Previously, oncologists found driver mutations in about two-thirds of patients, says Campbell. With these larger-scale genetic alterations added, the researchers found them in 91 percent of samples.

Sequencing also illuminated some of the mechanisms behind how and when cancer-causing mutations accumulate. The researchers calculated that the average cancer genome has four to five active driver mutations. In some cases, they could even estimate how long ago the mutations appeared. For some adult patients, it was during childhood.

Identifying mutations that could one day lead to cancer might open the door to treatments that begin earlier than is currently possible, Campbell says.

Better understanding the type and number of driver mutations that define someone's cancer could also let physicians compare any given patient's tumor to a larger database of similar cases. The resulting information might give more precise insights into what treatments might work best.

That dream is still far away. Sequencing a cancer genome is still expensive, though the cost is falling, says Campbell. The researchers also couldn’t find the mutations responsible for cancer in 5 percent of their samples — meaning there are more driver mutations left to be found.

And even if researchers do a better job of pairing therapies with specific driver mutation combinations, cancers are known for developing resistance to treatments. “This sequencing will not mean cancers are cured, but points us towards developing drugs for preventing and treating resistance once it arises,” Campbell says.

Researchers will continue to solve these issues as (hopefully) the database builds. “It’s the vision we all want to get to,” Campbell says.