Unlocking the blueprint to human life was a big step for biology. But most diseases are too complex to pin to a single gene. 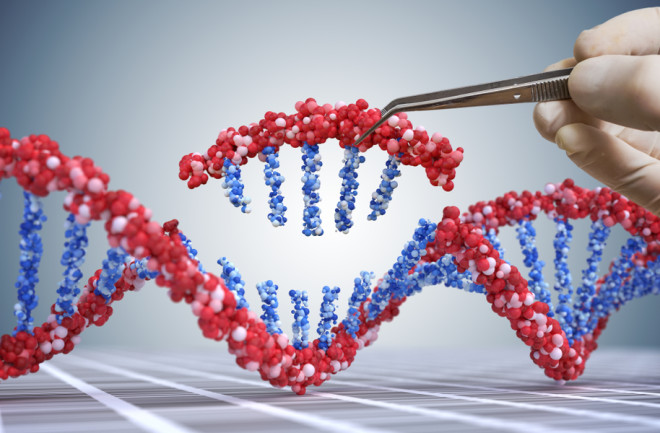 Early proponents of genome sequencing made misleading predictions about its potential in medicine. (Credit: vchal/Shutterstock)

An emergency room physician, initially unable to diagnose a disoriented patient, finds on the patient a wallet-sized card providing access to his genome, or all his DNA. The physician quickly searches the genome, diagnoses the problem and sends the patient off for a gene-therapy cure. That’s what a Pulitzer prize-winning journalist imagined 2020 would look like when she reported on the Human Genome Project back in 1996.

A New Era in Medicine?

The Human Genome Project was an international scientific collaboration that successfully mapped, sequenced and made publicly available the genetic content of human chromosomes – or all human DNA. Taking place between 1990 and 2003, the project caused many to speculate about the future of medicine. In 1996, Walter Gilbert, a Nobel laureate, said, “The results of the Human Genome Project will produce a tremendous shift in the way we can do medicine and attack problems of human disease.” In 2000, Francis Collins, then head of the HGP at the National Institutes of Health, predicted, “Perhaps in another 15 or 20 years, you will see a complete transformation in therapeutic medicine.” The same year, President Bill Clinton stated the Human Genome Project would “revolutionize the diagnosis, prevention and treatment of most, if not all, human diseases.”

It is now 2020 and no one carries a genome card. Physicians typically do not examine your DNA to diagnose or treat you. Why not? As I explain in a recent article in the Journal of Neurogenetics, the causes of common debilitating diseases are complex, so they typically are not amenable to simple genetic treatments, despite the hope and hype to the contrary.

The idea that a single gene can cause common diseases has been around for several decades. In the late 1980s and early 1990s, high-profile scientific journals, including Nature and JAMA, announced single-gene causation of bipolar disorder, schizophrenia and alcoholism, among other conditions and behaviors. These articles drew massive attention in the popular media, but were soon retracted or failed attempts at replication. These reevaluations completely undermined the initial conclusions, which often had relied on misguided statistical tests. Biologists were generally aware of these developments, though the follow-up studies received little attention in popular media.

There are indeed individual gene mutations that cause devastating disorders, such as Huntington’s disease. But most common debilitating diseases are not caused by a mutation of a single gene. This is because people who have a debilitating genetic disease, on average, do not survive long enough to have numerous healthy children. In other words, there is strong evolutionary pressure against such mutations. Huntington’s disease is an exception that endures because it typically does not produce symptoms until a patient is beyond their reproductive years. Although new mutations for many other disabling conditions occur by chance, they don’t become frequent in the population.

Instead, most common debilitating diseases are caused by combinations of mutations in many genes, each having a very small effect. They interact with one another and with environmental factors, modifying the production of proteins from genes. The many kinds of microbes that live within the human body can play a role, too.

A silver bullet genetic fix is still elusive for most diseases. (Credit: drpnncpptak/Shutterstock)

Since common serious diseases are rarely caused by single-gene mutations, they cannot be cured by replacing the mutated gene with a normal copy, the premise for gene therapy. Gene therapy has gradually progressed in research along a very bumpy path, which has included accidentally causing leukemia and at least one death, but doctors recently have been successful treating some rare diseases in which a single-gene mutation has had a large effect. Gene therapy for rare single-gene disorders is likely to succeed, but must be tailored to each individual condition. The enormous cost and the relatively small number of patients who can be helped by such a treatment may create insurmountable financial barriers in these cases. For many diseases, gene therapy may never be useful.

The Human Genome Project has had an enormous impact on almost every field of biological research, by spurring technical advances that facilitate fast, precise and relatively inexpensive sequencing and manipulation of DNA. But these advances in research methods have not led to dramatic improvements in treatment of common debilitating diseases.

Although you cannot bring your genome card to your next doctor’s appointment, perhaps you can bring a more nuanced understanding of the relationship between genes and disease. A more accurate understanding of disease causation may insulate patients against unrealistic stories and false promises.

This article is republished from The Conversation under a Creative Commons license. Read the original article. This opinions expressed in this article belong solely to the author.