A growing body of research suggests that it’s a good idea to sync up meal times and our internal biological clocks. 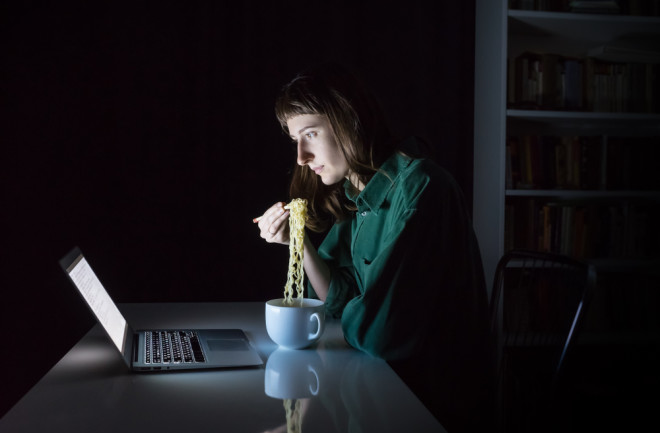 When it comes to healthful eating, what you eat is important. But when you eat also might matter, too.

For decades, researchers have observed some associations between meal timing and health consequences. In particular, habitually later meals seem to be problematic. People who eat meals late at night — for example, within two hours of going to bed — might be more prone to become overweight, and night-shift workers are at a higher risk of developing type 2 diabetes.

Why late meals have such effects still eludes researchers. And though there’s interest in targeted nutritional science, which would tell people exactly when to sit down to dinner to get the perfect metabolic response, “we’re still a bit out of reach of that goal. What and when you eat are both issues,” says Jonathan Jun, a pulmonary disease physician at Johns Hopkins University.

For now, many researchers are still focused on understanding some of the broader public health concerns — such as obesity, heart disease, and diabetes — that might be related to eating late at night. And there’s a lot left to learn.

So far, the research suggests that our bodies prefer to process nutrients during the day. Our circadian rhythms, the internal cycles that help regulate when we sleep and when we are awake, influence a host of biological systems. Genes producing proteins needed for, say, muscle firing might be more or less active depending on the time of day, Jun says. Likewise, there might be a similar relationship between food consumption and when the body is the most efficient at breaking it down.

Researchers aren’t totally sure why some bodily activities function best during the day or night, but research in rodents suggests that the “sleep” portion of circadian cycles allows cells to repair themselves. “Cells use that time to clean house, so to speak,” says Adrian Vella, an endocrinologist at the Mayo Clinic. It might be that eating too close to this rest and relaxation period forces cells to delay self-repair in favor of digestive processes — a delay that, if it happens too often, might start to cause harm.

Blood-sugar regulation is another example that might illustrate this theory. Studies have found that eating dinner late at night — or even eating on a flipped schedule, as a night shift worker would — tends to elevate blood-sugar levels more than standard mealtimes do. It's a pattern that's based on mealtime and is independent of the type of food consumed.

Some researchers speculate that melatonin — the sleep hormone that peaks at night — might repair the machinery that helps sugar enter our cells. It might be that if people eat close to bedtime, the body is both entering its repair-mode and inefficiently processing an influx of sugars at the same time. In other words, it's a bit like trying to assemble a car while building the factory. How much influence melatonin has over this single metabolic process is just a theory for now, but it could open the door for future research, Jun says.

There’s also growing evidence that if everyone’s circadian rhythms differ, individual responses to meal times might vary, too. In Jun's research, he and his team have asked study participants to keep their regular sleep schedules while eating an assigned early dinner, either 6 or 10 p.m. They found that people who ate late dinners and went to bed soon after had higher blood-sugar levels. The result suggests that arbitrary meal cutoff times, like saying “no dinner after 10 p.m.,” aren't one-size-fits all, and might not have much influence on someone’s overall health. “It does hint at the idea that circadian rhythms are different and there might be a need to go ahead and measure the circadian rhythms of people to tailor their diet,” Jun says, and it’s a concept his lab plans to study more.

As the connection between food timing and health gets more scrutiny, it's possible that researchers will uncover more limitations. For example, a trendy weight-loss fad called time-restricted eating, or intermittent fasting, asks dieters to eat all their calories within a short window during the day. The idea behind the approach is that the less time your body spends metabolizing food, the better it is for your waistline. But new research investigating the tactic has found that it's not any more effective than other weight-loss interventions.

And though many lifestyle factors — like working the night shift — comes with risks, experts say there are other things that likely play a larger role in whether or not someone develops diabetes or other health problems. “Much of the reproducible prediction of risk is carried by a few whales, and a few minnows are swimming about,” Vella says. When it comes to diabetes, the “whales” are age and weight — factors that account for about 70 percent of someone’s risk of developing the disease.