West Nile Season Off to the Worst Start Ever in the U.S. 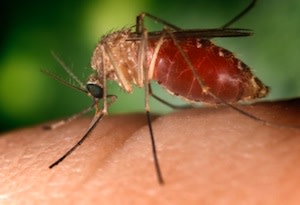 Every summer since West Nile virus

’s first U.S. appearance in 1999, Americans have listened to warnings about the mosquito-borne disease and its potentially deadly effects, a severe flu-like fever sometimes accompanied by an even more dangerous brain inflammation. Because the disease---and its attendant worries---recur every year, it’s easy to tune out West Nile coverage. But the Center for Disease Control has announced

that this year’s outbreak is shaping up to be one of America’s worst, with the current count at 1,118 cases and 41 deaths. About half the reports come from a single state: Texas. Although these numbers pale next to the record high of almost 10,000 cases reported in 2003, no other season in U.S. history has seen this many West Nile cases by only the third week in August. The CDC expects more cases to arise through the end of September, though they can’t predict exactly how many. After all, 98 percent of the current cases were reported in just the past month. Only in Texas, the state suffering the most from West Nile, can health officials state conclusively that this year’s outbreak will be the worst in the state’s history. Why is the virus so extensive this year? It’s difficult to pin down the exact cause because West Nile’s spread depends on multiple factors including weather, the number of birds and mosquitoes carrying and spreading the virus, and human interventions. But because the virus and its mosquito carriers thrive in hot weather

and a summer of record-breaking heat

could be to blame for this intense West Nile season.