We Finally Have A Name For Scooby Doo’s Speech Disorder 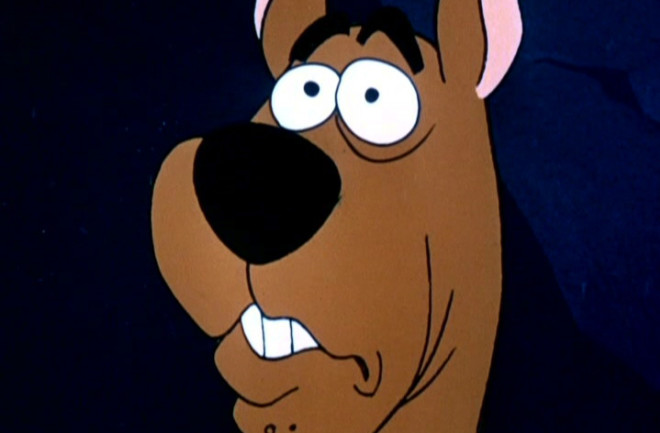 When I imagine Scooby-Doo, I can almost hear it. I hear the horn-filled chase theme, the pitter-patter of feet scrambling to get away, and, more than anything, I hear the semi-intelligible dialogue of a canine with a speech disorder. Forty-five years after the first airing of the beloved children’s TV show, I decided I had heard my last “ruh oh.”

Don’t have time to read? Listen to the whole article below!

What speech disorder did Scooby Doo actually have, and why doesn’t anyone have it?

The first time you hear Scooby Doo speak, you immediately know something is off. He adds /r/ to the beginnings of most words, and where that doesn’t work he will try to twist whole words into an /r/-sound—like you trying to imitate the sound of an engine turning over. But is there anything wrong with this? That is to say, is there something diagnosable in the way Scooby speaks?

Medical diagnoses can sometimes be blurry—many have hard definitions but others are more general. A “syndrome,” for example, can be the placeholder for a whole suite of symptoms, none of them necessarily understood or required for diagnosis. To properly diagnose Scooby Doo with a speech impediment then, Scooby needs something more readily definable. To find out, I had to ask a speech pathologist a very odd question.

“If a person walked into my office talking like Scooby there's no question I would diagnose him with a speech sound disorder,” says Dr. Steven Long, associate professor in Marquette University’s Speech Pathology and Audiology department.

Human speech is complex, and likewise are the ways it can go wrong. But generally, speech sound disorders are separated into two major groups: phonetic and phonological. People with phonetic disorders have trouble physically articulating words. For example, someone with a lisp tends to distort his or her words, being unable to make the necessary mouth and tongue movements. As weird as Scooby’s speech is, it doesn’t seem like he distorts what he says. He must have a phonological speech disorder.

Dr. Long agreed. He told me in an email: “I would refer to [Scooby’s disorder] as a phonological as opposed to a phonetic disorder in that he shows a pattern of substituting and adding sounds in his speech rather than just distorting sounds.”

So in terms of a diagnosis, Scooby doesn’t distort words, he adds onto them. “Uh oh” becomes “ruh roh” and “apple” becomes “rapple.” The technical term for this, Dr. Long told me, is rhotacization. In linguistics and speech pathology, rhotacization means changing some consonant like /d/ or /l/ to an /r/. Though Scooby definitely adds an /r/ to words that don’t begin with consonants, this complete rhotacization still basically describes his speech.

Giving the honors to Dr. Long, after 45 long years of odd pronunciations, he offered me Scooby’s official diagnosis: “Rhotic Replacement”.

Scooby Doo suffers from a newly minted phonological disorder, known as rhotic replacement, but a question lingers: Did the creators of Scooby Doo simply give the dog a playful speech mannerism, or does this disorder actually exist?

I asked Dr. Long whether or not Scooby portrayed a disorder already described in the medical literature. Apparently, the affliction is the exclusive problem of talking dogs. “Scooby's error pattern doesn't have a specific name, at least not one that we commonly use in clinical practice,” he told me. Children don’t seem to experience anything like this and adults with speech difficulties don’t develop it, even after something like a stroke. This is because Scooby’s rhotic replacement goes deeper than something like a lisp.

“The significance of the diagnosis is that it suggests disorganization at a cognitive-linguistic level as opposed to a purely phonetic problem in which a speaker is unable to produce certain sounds with the necessary oral motor precision,” Dr. Long explained. Maybe it was the constant terror or something toxic in the Scooby Snacks, but in order to mangle speech like Scooby does, something is wrong with the canine neurologically.

In fact, Dr. Long explained to me that what Scooby does is basically unknown among humans. When something is wrong with our speech, we tend to subtract from the complexity of the sounds we try to make, not add to them. For example, American children speaking General American English tend to derhotacize rather than rhotacize their speech like Scooby does, “…resulting in Elmer Fudd-like pronunciations such as his much quoted phrase ‘wascally wabbit’,” Dr. Long told me.

Rhotic replacement appears to be a fascinating disorder with one known patient. No one else seems to have it because Scooby’s brain is uniquely altered—something you probably expect in a dog that talks.

Diagnosing perhaps the most famous dog in history put a bookend on my childhood love for the show, and literally made me say “zoinks!” to myself more than once. Now when I imagine the sounds of Scooby Doo, I hear this: “Scooby Dooby Doo, where are you? You have an appointment with the speech pathologist.”