There's no conclusive evidence that pre-workout products work, and some ingredients (labeled or not) can put your health at risk. In the past, products have been banned only after killing consumers. 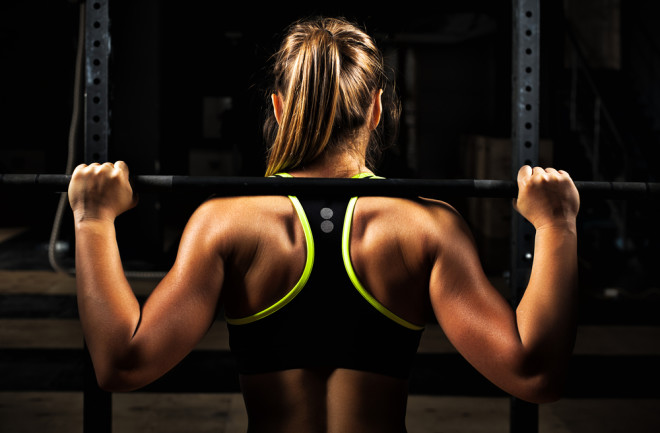 It’s now common for fitness influencers to post videos of themselves grimacing while swallowing a scoop of white powder before their lifting sessions. Gym buffs swear by these pre-workout supplements to boost their motivation and exercise performance. They’re also used by up to 76 percent of military service members.

These products delight exercisers with nearly immediate sensations like itchiness and tingling. One concerning trend: Some TikTok users have filmed themselves mixing energy drinks with pre-workout products, which also come in drink and gummy form.

While lifting enthusiasts eagerly promote pre-workout products (some cashing in on it), researchers have cast doubt on their safety and efficacy. Like any loosely regulated dietary supplement, U.S. manufacturers largely have free rein over the type and quantity of ingredients used in their products.

That's a problem, since some pre-workout products have been associated with health outcomes like skeletal muscle breakdown, strokes and even death. Overall, dietary supplements have sent tens of thousands of people to the hospital annually, with the category of “energy” products comprising around 10 percent of these visits (these contain similar ingredients to pre-workout mixes, which may include addictive stimulants).

“You’re at the mercy of the manufacturer when it comes to trying these products, "says Pieter Cohen, an internist at Cambridge Health Alliance and associate professor at Harvard Medical School who has studied the health effects of dietary supplements, "and no governmental agency, FDA or anything else, is ensuring that they’re safe before they’re sold on store shelves.”

Without that oversight, some manufacturers can and do label pre-workout ingredients as “proprietary blends” and obscure the exact contents. Generally, though, supplements in this category contain a blend of stimulants like caffeine with amino acids like beta-alanine and creatine. Brands claim that these mixtures will amp up your energy and enable maximum gains. It’s true that some of these ingredients could theoretically help fitness fans; beta-alanine, for example, likely boosts muscular exercise capacity.

Research has also shown that caffeine can provide advantages like enhanced muscular endurance and heightened training intensity. But some pre-workout products boast caffeine content of up to 600 milligrams (equivalent to more than four cups of coffee and about 200 milligrams higher than the recommended daily dose).

Pre-workout products also frequently include vitamin B3, or niacin, most likely for superficial purposes: They can cause facial flushing and tingling sensations shortly after consumption, but evidence is mixed on vitamin B3’s exercise benefits.

Despite industry-funded research pointing to pre-workout products’ fitness advantages, most of these claims rely on small, poorly designed trials, says Pavlos Bobos, an exercise physiologist and clinical epidemiologist at the University of Toronto.

After analyzing 22 studies on the effectiveness of multi-ingredient pre-workout supplements, Bobos deemed the overall results inconclusive and highlighted a lack of data on the products’ long-term health effects (most of these trials have spanned less than two months). “Why do people take this given the price and the completely unknown long-term side effects, and an efficacy within the margin of error?” Bobos says.

Because manufacturers don’t usually register such trials, information on experimental procedures and health hazards may not be revealed. It’s possible that companies test multiple outcomes, like strength measures and the capacity to repeat exercises, and end up with a favorable result by chance alone. Unregistered studies can also hide crucial study design details, including the sample size and whether researchers used standard methods like placebos and blinding, that reveal whether we can trust the results.

Because of the high costs associated with extensive research and the possibility of unfavorable data, manufacturers are disincentivized to conduct rigorous studies, Cohen says. This leaves consumers in the dark on potentially dangerous products — that is, until users experience serious reactions that make the news.

Even with relatively safe ingredients like caffeine, excessive amounts could pose a serious risk to users — especially those who consume other caffeinated substances throughout the day.

People using caffeine-loaded pre-workout product have accidentally overdosed and fatally combined it with caffeine powder. While it isn’t clear how commonly this occurs, a 2019 survey published in Nutrients found that almost a third of college-aged respondents have taken pre-workout supplements with other caffeine-containing products. In some cases, excessive caffeine consumption can cause delirium, vomiting, seizures and even strokes.

When taken properly, however, users can still encounter significant risks. Supplements may contain more caffeine than the label claims; contents may vary widely between batches of the same product.

Some pre-workout products contain DMAE, a compound that may cause birth defects. Scientists have also identified illicit substances in mainstream pre-workout products, like a stimulant that’s chemically similar to methamphetamine. Such ingredients may lead to failed drug tests among the professional athletes and military service members who take pre-workout supplements.

For those seeking banned substances in their supplements, from pre-workout to weight loss-oriented, they can easily buy them on the internet. Cohen recently tested 17 brands of sports and weight loss supplements that were advertised to contain deterenol, an illegal stimulant that can trigger cardiac arrest. He and his colleagues also found that the products contained various other prohibited stimulants, often in combinations that have never been tested on humans.

The FDA is aware that deterenol exists in popular supplements, according to Cohen’s research, yet the agency hasn’t told manufacturers to remove it nor warned consumers to steer clear of it. In fact, the government doesn’t even require the supplement industry to perform safety tests, he says.

While a 1994 law forbids brands from “marketing products that are adulterated or misbranded,” the agency only acts after these items hit the market. The law also states that, for supplements with a new dietary ingredient, manufacturers must technically prove that it’s safe. Yet they commonly rely on weak evidence or disregard the requirement altogether.

Supplement companies can therefore distribute harmful products and only face retribution after consumers require medical intervention, acquire a long-term disability or die after taking them. Even then, Cohen says, the government doesn’t always take action — and when they do, some companies ignore them.

Going forward, Bobos emphasizes the need for high-quality research to evaluate the safety and effectiveness of pre-workout supplements. Though extended trials could cost companies millions of dollars, it’s currently unclear whether these mixes could hurt both amateur gym-goers and Olympic athletes in the long run.

On the legal side, Cohen says he’s observed interest from the FDA, consumers, physicians and brands themselves in reforming supplement regulations. “Except for the manufacturers who don’t care about consumer safety, everyone else’s interests are in solid, comprehensive reform of the supplement law so that we can ensure these products are safe,” he says. “That’s gonna be game-changing...there’s multiple people at the table who want to see positive change, but that will depend on Congress.”

Reforms will only make sense, however, if the FDA proves it can enforce the current law — and closes the legal loopholes now exploited by some manufacturers.