Want women to perceive you as more masculine? Wear deodorant. 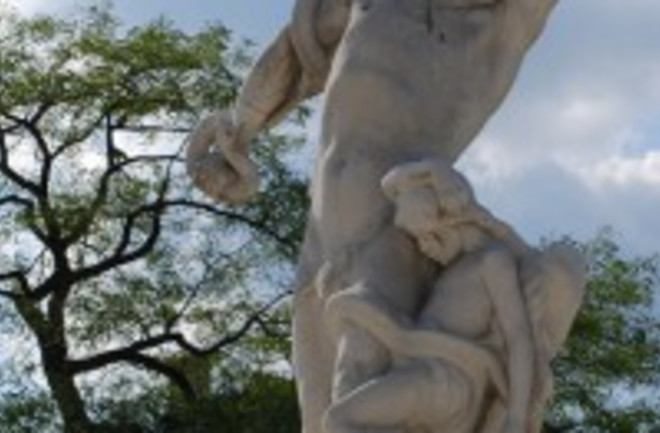 Photo: flickr/Eric ChanIn case you weren't convinced that wearing deodorant is generally a good idea, here's another reason to dab on the white stuff: it makes women perceive men as more masculine. In this study, the researchers asked women (and men) to rate the masculinity of men's faces, and separately to rate the masculinity of their body odor with or without deodorant. Interestingly, the women's masculinity ratings of the natural body odors tended to match the masculinity of that man's face; however, deodorant destroyed this association, meaning that men with less masculine faces were still perceived as having a masculine body odor. Sniffing for more BO-related science? Check out the links below!The impact of artificial fragrances on the assessment of mate quality cues in body odor "Cultural practices may either enhance or interfere with evolved preferences as predicted by culture–gene coevolution theory. Here, we investigated the impact of artificial fragrances on the assessment of biologically relevant information in human body odor. To do this, we examined cross-sensory consistency (across faces and odors) in the perception of masculinity and femininity in men and women, and how consistency is influenced by the use of artificial fragrance. Independent sets of same and opposite-sex participants rated odor samples (with and without a fragrance, n = 239 raters), and photographs (n = 130) of 20 men and 20 women. In female, but not male raters, judgments of masculinity/femininity of non-fragranced odor and faces were correlated. However, the correlation between female ratings of male facial and odor masculinity was not evident when assessing a fragranced body odor. Further analysis also indicated that differences in ratings of male odor masculinity between men with high and low levels of facial masculinity were not present in fragranced body odor samples. This effect was absent in ratings of female odors by both female and male raters, suggesting sex-specificity in the effects of fragrance on odor perception. Our findings suggest that women may be more attentive to these odor cues, and therefore also to disruption of this information through fragrance use. Our results show that cultural practices might both enhance and interfere with evolved preferences." Related content: Study finds that eating garlic actually makes your BO smell better.Want to feel happier? Just smell a happy person’s BO!People can sniff out criminals…literally.