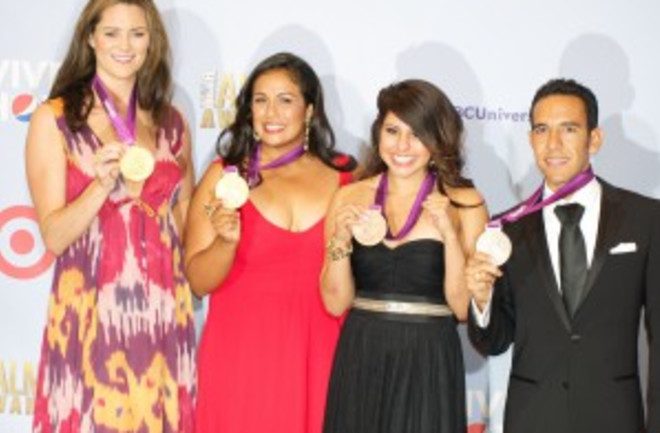 With the Olympics starting next week, we were wondering whether being an Olympic medalist is all that great. Sure, you get some glory and a nice medal, but what happens after that? Well, according to this study, there's one major advantage: you live an average of 2.8 years longer. Admittedly, this report was in the Christmas issue of BMJ, which is known for featuring humorous studies. However, its data are real, including the finding that medalists in endurance sports had a larger survival advantage than those in power sports. The authors concede that these results are probably not specifically due to the medal alone: "explanations include genetic factors, physical activity, healthy lifestyle, and the wealth and status that come with international sporting glory." But the medal probably doesn't hurt.

Survival of the fittest: retrospective cohort study of the longevity of Olympic medallists in the modern era. "Abstract OBJECTIVE: To determine whether Olympic medallists live longer than the general population. DESIGN: Retrospective cohort study, with passive follow-up and conditional survival analysis to account for unidentified loss to follow-up. SETTING AND PARTICIPANTS: 15,174 Olympic athletes from nine country groups (United States, Germany, Nordic countries, Russia, United Kingdom, France, Italy, Canada, and Australia and New Zealand) who won medals in the Olympic Games held in 1896-2010. Medallists were compared with matched cohorts in the general population (by country, age, sex, and year of birth). MAIN OUTCOME MEASURES: Relative conditional survival. RESULTS: More medallists than matched controls in the general population were alive 30 years after winning (relative conditional survival 1.08, 95% confidence interval 1.07 to 1.10). Medallists lived an average of 2.8 years longer than controls. Medallists in eight of the nine country groups had a significant survival advantage compared with controls. Gold, silver, and bronze medallists each enjoyed similar sized survival advantages. Medallists in endurance sports and mixed sports had a larger survival advantage over controls at 30 years (1.13, 1.09 to 1.17; 1.11, 1.09 to 1.13) than that of medallists in power sports (1.05, 1.01 to 1.08). CONCLUSIONS: Olympic medallists live longer than the general population, irrespective of country, medal, or sport. This study was not designed to explain this effect, but possible explanations include genetic factors, physical activity, healthy lifestyle, and the wealth and status that come with international sporting glory." Bonus figure from the main text:

Fig 3 Survival of Olympic medallists by medal and sport. *Analysis based on subsample (30%) of all medallists from the nine country groups Related content: NCBI ROFL: Smile intensity of baseball players in photographs predicts longevity.NCBI ROFL: Unhappy yearbook photos herald crappier lives.NCBI ROFL: What's in a name? Part I: U.G.H. you're going to D.I.E.