Science has found that sitting all day can be a productivity killer. 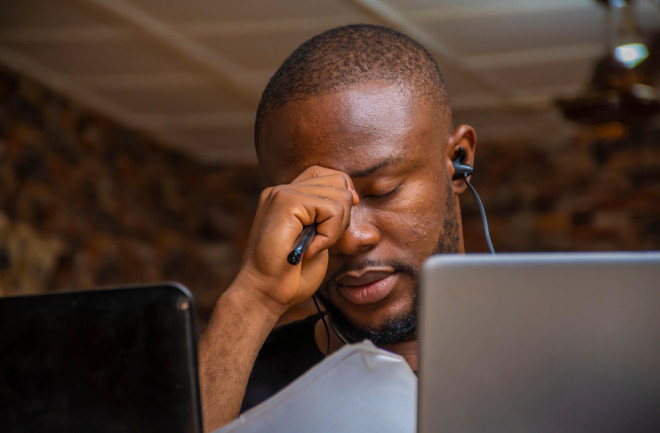 At this point in the pandemic, your days might feel as though they’re getting longer and more repetitive. You might also find yourself having problems focusing. But instead of endlessly staring at your screen, you might want to try giving up and getting up — at least for a short while.

Taking a break to exercise has been consistently shown to have benefits on cognition. That’s according to Charles Hillman, the co-director of the Center for Cognitive and Brain Health at Northeastern University in Boston. Hillman has been studying the relationship between exercise and cognition for decades and has generally found that making time for a 20-minute brisk walk can improve work performance and brain function.

Hillman and his colleagues have tested the mental effects of walking on children and young adults at their lab. Generally, they measure the effects of a single dose of exercise (which they’ve defined as a 20-minute walk) on both cognitive test performance and changes to the neural electrical system in the brain. Based on which regions of the brain light up after exercise, they can draw some associations between exercise and different aspects of brain function — including allocation of attention, processing speed, working memory, and the ability to multitask.

Overall, they’ve found that the effects of walking on cognitive function last around an hour. But Hillman noted that the lab has not yet tested multiple bouts of exercise throughout the day. But note that you probably don’t need to schedule multiple, 20-minute walks to reach peak productivity. Smaller changes can have other impacts as well.

How this plays out in real-world situations is more difficult to test. Several studies on how exercise impacts student performance in the classroom have not shown significant improvements. But exercise doesn’t seem to have negative impacts on academic achievement, either.

Among adults, simply standing while working might be a good thing. In one recent study, researchers measured how standing desks affected productivity and health for employees in an office setting. Ergonomics researchers Jia-Hua Lin of the Washington State Department of Labor, and Stephen Bao of Washington State University, examined how different sitting and standing work schedules affected employees’ productivity at a call center. To do this, they randomly assigned four days of different sit-stand schedules, and they looked at the length of time spent on calls and filling out forms. Lin cautioned that the study was too small to provide statistically significant results, but they did see a trend in which employees that spent more time standing were able to wrap up phone calls more quickly.

Overall, Lin noticed that the point of the study was to show that standing wouldn’t make productivity worse, as employers might use that as an excuse to not purchase standing desks. In addition to boosting productivity, the study found that standing desks made employees feel better physically. Employees with the longest standing schedule had less swollen feet and better posture at the end of the day.

Lin worries that people working from home might not have access to ergonomically correct chairs and standing desks.

“In the workplace, the employer can provide this kind of help, but for people working from home, we cannot send experts to individual houses to set things up,” Lin says.

Working from home, however, might allow some people to take more breaks to get up and move. This could offset some of the downsides of less-than-ideal working conditions. In Lin’s research, employees that took breaks in the workday — whether to go on a walk or engage in another type of downtime — had better physiological measures at the end of the day, as well as less foot swelling and better posture.

So, if you’re slumped over your makeshift bedroom desk, the best thing you can do for productivity and mood is to get up and go for a walk.