What seems like an ordinary urinary tract infection can sometimes be much worse. 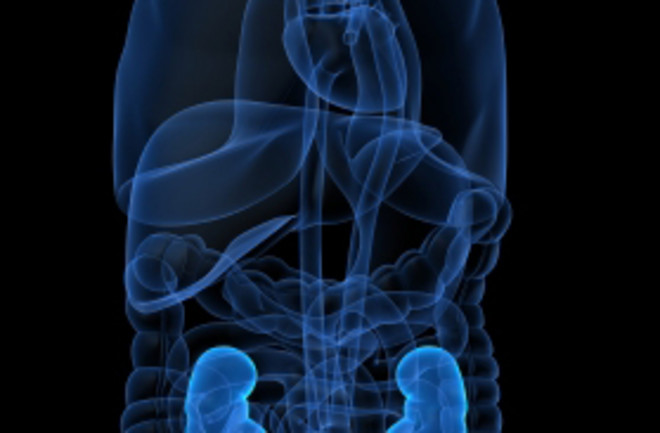 I walked into the emergency room and was confronted immediately. “Twenty-year-old woman, vomiting for 12 hours,” Andreas, my ER resident, told me. “Total body pain, fevers, can barely walk.”

“Normal vitals and no fever?” I asked. “Can’t be too sick, can she? Gastroenteritis?”

“She looks pretty bad,” Andreas responded. “And there’s something else. Two weeks ago they treated her for a bladder infection. She finished the antibiotics. A few days later the burning and frequency returned.”

“Let’s say hi,” I suggested. Curled into a ball, the young woman barely looked up as we walked in. Her mother stood by her bedside, holding vigil.

With great effort, the daughter turned to face us. “I feel so bad” was all she could say.

“Can I examine your abdomen for a moment?” I asked. Grimacing, she slowly straightened out.

“Any pain here?” I asked, gently probing her thin abdomen. “Here?” She shook her head.

“And are you still having urinary symptoms? Burning?” She nodded.

“They took a culture five days ago,” the mother interjected. “The doctor said he would call if there was a problem, but we haven’t heard anything. I assumed it was OK.”

“Can you sit up for me?” I asked the daughter. She heaved herself upright. Gently, I tapped the lower ribs on the right where one kidney lies.

I thumped the left. She winced and arched her back. “Ouch. Yes, that hurts.”

I looked at Andreas. “Pyelo?”

is Latin for “kidney on fire”; in plain English, it means a kidney infection.

“Problem is, she has no fever,” Andreas said, “and the urinalysis showed no white cells.”

That made no sense. Turning back to mother and daughter, I repeated, “For five days you’ve had burning when you urinate, right?” They nodded.

I turned to Andreas. “Dysuria. Flank pain. Vomiting. Should equal pyelo, no?” He gave a shrug, as if to say, “Don’t you know by now that even the simple stuff isn’t simple?”

“She has a kidney infection,” I announced to the mother. “Some parts of the puzzle are missing, but we’re going to start her on antibiotics right away.”

“Please, doctor,” the mother replied, looking relieved. “This has gone on too long.”

I hailed Steve, the young woman’s nurse. “Let’s repeat the temperature and the urinalysis, OK?”

The textbooks say high fever and pyelo­nephritis go together like mustard on a hot dog. At this point, with no fever and no infection-fighting white cells in the urine, my diagnosis hinged on little more than the young woman’s story and my fist-tap examination of her side.

Bladder infections, or UTIs (urinary tract infections), are like mosquito bites: common, mostly just annoying, but packing the occasional nasty surprise. In toddlers, UTIs can cause high fevers, and—given the impossibility of getting a two-year-old to pee into a cup—they can drive ER doctors nuts waiting for a sample in order to complete a fever workup. More than half of all women will contract a UTI over their lifetime. Some sexually active young women average one every two years.

Why women? It’s a matter of plumbing: The female urethra’s relative proximity to the rectum gives fecal bacteria—especially the always abundant E. coli—easier access to the urinary system than does the male anatomy. Some women even produce specific proteins on their cell surfaces that bacteria can latch onto.

And no, cranberry juice does not cure UTIs.

Treatment in an otherwise healthy woman is a three-day course of a fluoroquinolone antibiotic like ciprofloxacin. Bactrim (also known as Septra) used to be the standard, but over the past decade resistance has soared. In the western United States more than 20 percent of E. coli strains are now resistant—too high for initial use of the drug as empirical therapy.

Because the symptoms of a bladder infection are so specific—and the bacterial culprits are so predictable—a patient’s reported symptoms and a positive urinalysis are generally enough to prompt treatment. Bacterial cultures are not done in most cases because they are both expensive and redundant.

To dismiss UTIs as either simple or trivial would be a big mistake, however.

UTI is a straightforward diagnosis all doctors love to make, but life-threatening abdominal infections can mimic UTIs. Such infections can cause urinary burning and urgency (and a positive urinalysis) when infected intestines abut and inflame the bladder. The bladder, in that respect, is the canary in the abdominal coal mine. So much so that a young man with urinary symptoms and abdominal discomfort most likely has appendicitis, not a UTI.

Left untreated, bacteria can escape the bladder by two routes: via capillaries into the bloodstream or up the ureters into the kidneys. The bloodstream route bedevils older, and especially diabetic, patients, many of whom never feel the telltale symptoms of a bladder infection. Instead they present with full-blown sepsis: fever, confusion, vomiting, and low blood pressure. In younger patients the kidney usually takes the first hit: Flank pain strikes like a baseball bat, with fever and vomiting following close behind.

Years ago pyelonephritis mandated hospitalization, blood cultures, and IV antibiotics—all driven by the fear that recurrent infections can permanently scar the kidney. With the advent of fluoroquinolone drugs, outpatient treatment is now routine: a prescription for oral antibiotics, and presto.

My patient’s second microscopic urinalysis showed white cells in the urine, though not a ton. Fever or no fever, this was definitely pyelo.

“What do you think?” I asked Andreas. “A routine course of cipro at home?”

“Her serum white count’s pretty high,” he replied. “And you can’t take pills if you’re vomiting.”

“OK,” I agreed. “And if the admitting team squawks about no fever, too bad.”

I pulled the mother aside. “She’ll be fine,” I said. “I just want to keep her overnight, give her antibiotics by vein, and make sure the vomiting settles down.”

I smiled. “No promises. But most likely yes.”

Two days later I was visiting another patient in the intensive care unit when a familiar form passed by. The mother.

My throat tightened. Only critically ill patients end up in the ICU.

“What happened?” I sputtered.

“Her blood pressure went down the next morning,” she said, her voice raspy and tired. “They rushed her up here. Pumped her full of fluid and more antibiotics. The infection had gotten into her bloodstream.”

I hurried into her room. My patient looked wan but OK. The monitor showed a normal blood pressure—and I started breathing again.

“I feel better today,” the daughter said, wearing the expression survivors of high-speed rollovers get. I racked my brain for what we could have done differently. Andreas had given her plenty of fluid. We’d started antibiotics right away. But apparently the bacteria had begun their invasion of her bloodstream before we even saw her. And I had almost sent her home.

“How do we make sure that this never happens again?” the mother asked.

Glad to change the subject, I explained: “Prevention is key. You should keep antibiotics on hand and start them at the first sign of trouble. You know your body. With UTIs, your symptoms are straightforward. In women who get them very frequently, it’s an accepted practice.”

The mother’s face brightened, knowing that next time she and her daughter could find treatment without having to wait for a doctor’s help.

More From Discover
Health
Are Fake Meat Products Good for You?
Health
3 Steps To Get Tight & Toned For A Lasting Transformation
Health
Ibogaine: The Psychedelic Drug That Could Fight Addiction
Recommendations From Our Store
My Science ShopCosmos: Possible Worlds
My Science ShopStrange Science
My Science ShopEinstein's Universe
My Science ShopElements Flashcards
Shop Now
Stay Curious
Join
Our List