A dying patient faces a dropping blood count—and a faith that forbids transfusions. 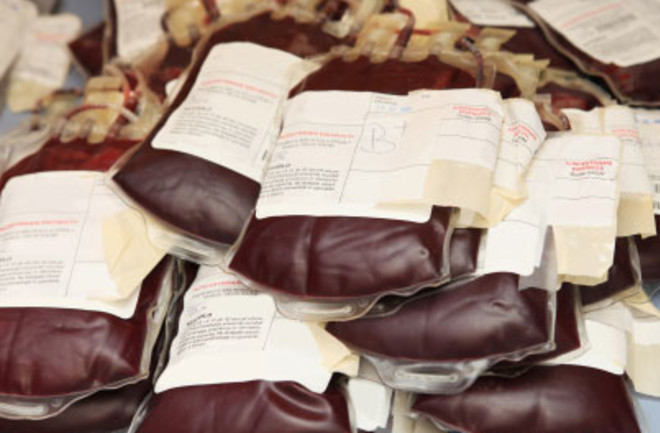 Jake’s prostate cancer, diagnosed 16 years earlier, was finally catching up with him. Surgery and radiation therapy, then hormonal treatments and a series of investigational drugs, had each worked for a time. But lately nothing seemed able to stop the relentless growth of his tumor.

It hadn’t spread to his bones, as is common with advanced prostate cancer. Instead there was a progressive increase in size. The tumor had filled much of the space inside Jake’s bladder, blocking the flow of urine through the urethra. His urologist had had to rearrange his plumbing, surgically diverting the ureters (the tubes connecting the kidneys to the bladder) away from his bladder and out through his abdominal wall to a bag that collected his urine. A plastic tube had also been placed in his now-nonfunctional bladder, draining any secretions out to another bag. Despite all this, 90-year-old Jake remained robust and fully in command of his business, a successful manufacturing company.

But now there was a new threat: bleeding. It had started as a small, intermittent trickle a couple of weeks earlier and grown into a persistent ooze through the tube from his bladder. The tumor, laced with its own network of blood vessels, was seeping blood. Here in the emergency room Jake looked ghostly pale. The continuous blood loss had pushed his hemoglobin count down to 6 grams per deciliter, a dangerously low level (the normal count for an adult male is 14 to 16). Hemoglobin plays a key role in oxygen transport, and when it gets low enough, the body’s organs and tissues become starved for the oxygen carried by the red blood cells. Whole systems begin to malfunction. Your brain gets foggy, your heart struggles to pump blood, and you feel too weak even to stand up. If your hemoglobin remains low enough for long enough, your heart gives out and you die.

“Can’t the surgeon just remove the tumor?” Jake’s wife wanted to know. We were standing outside his ER cubicle. I reminded her that her husband had already had two operations that left scarring in his pelvis. The radiation treatments had probably injured the adjacent normal tissue, and the growing cancer had no doubt affixed itself to a lot of vital structures. Trying to remove the tumor would be a surgical nightmare fraught with peril, including more bleeding. “With his hemoglobin this low,” I told her, “he’ll never make it off the operating table—not without transfusions.”

We looked at each other and shared the recognition of how grim the situation was. Jake and his wife were committed Jehovah’s Witnesses. Even though he was facing a life-threatening hemorrhage from an inoperable tumor, he would not accept any blood transfusions. The nurse came out to tell us that Jake had passed more blood. I went in to talk with my patient.

Jehovah’s Witnesses adhere to a proscription against the transfusion of any blood products. According to their interpretation of passages from the Old and New Testaments, whole blood as well as blood cells (red, white, and platelets—the latter essential for blood clotting) and plasma (the liquid portion of whole blood) may not be transfused. This admonition is often traced to a passage from Leviticus: “You must not eat the blood of any sort of flesh.” Although this core article of faith is regarded as controversial by outsiders and even by some members of the religion, it has been credited with helping to promote advances in transfusion-free surgery.

When I finished apprising him of the situation, Jake said, “I’ve had a good life, Doc. Hell, I don’t want to die, but if it’s my time, it’s my time. Do what you can.” He smiled. He knew very well that his life hung in limbo, but he remained firm in his beliefs. And I understood that my role as his physician was not to try to steer him away from the tenets of his religion. I smiled back and said, “I always do, my friend. Hang in there.”

As I left the room, I shook my head in admiration of a man ready to bleed to death for his faith.

Our treatment options were limited, but there were options. The first, surprisingly, was formaldehyde. As an embalming agent, the chemical cauterizes tissue by cross-linking proteins; that is what gives embalmed tissue its feeling of firmness. In medical treatment, formaldehyde can occlude the spiderweb of tiny blood vessels crisscrossing the surface of prostate tumors. Instilling a dilute solution of the chemical directly into Jake’s bladder and bathing the tumor surface with it might halt the steady seepage of blood. Since virtually none of the instilled chemical is able to escape into the rest of the body, there is no toxicity.

Another option hinged on the fact that while the bloodstream stands ready to form clots wherever needed to limit bleeding, it is also constantly breaking down existing clots as wounds heal. Within the circulating blood, therefore, there is a dynamic balance between the formation and dissolution of clots. Substances released by some tumors, including prostate cancer, enhance clot-busting and thus promote bleeding. A medication known as aminocaproic acid, or Amicar, inhibits the activation of the clot-dissolving system, tipping the balance back toward clot formation. Giving Jake Amicar might be another way to stop his life-threatening ooze.

By the time Jake arrived in the intensive care unit, the nurses were ready to start administering formaldehyde and an intravenous drip of Amicar, both ordered by the consulting urologist. The following morning I was pleased to note that the bladder tube drainage was only faintly blood-tinged—a good sign. Jake’s hemoglobin count, however, had dropped to 5.6. I knew he was tough, but this was like asking him to climb Everest without oxygen. We were giving him oxygen, of course, but without red blood cells to carry it to where it was needed, the benefits were limited.

How could we boost red cell production? Normally, in response to anemia, the body manufactures erythropoietin, a hormone that stimulates bone marrow, the body’s blood-cell factory. Though banned by sporting authorities as a performance-enhancing drug, synthetic erythropoietin would provide just the sort of assist Jake needed. High-dose injections could speed the recovery of his hemoglobin count. But there was a catch: Some Jehovah’s Witnesses consider erythropoietin to be a blood product and therefore prohibited by their faith just as transfusions are. Through Jake’s wife I was put in touch with an elder of their church, who was more than happy to come and talk with my patient about the use of erythropoietin. “It’s a personal choice,” he explained as we sat at Jake’s bedside, “because it’s made in a test tube and isn’t derived from blood. Each Jehovah’s Witness must decide for himself.” Jake and his wife decided they were comfortable with the idea of using erythropoietin, and we started daily injections.

At that point there was nothing else to do but wait. As the week wore on, there was no further bleeding and Jake remained stable. I wanted to check the blood count every day, but the hematologist stayed my hand. “He needs every drop he has,” he reminded me. “No unnecessary blood draws.” We used a pediatric-size tube to minimize blood loss when we finally did draw blood at the end of the week. The lab reported back that Jake’s hemoglobin count had improved to 6.3. We were all relieved. Although far from normal, things were finally moving in the right direction.

“So, Doc, was it the prayers or the shots?” a smiling Jake wanted to know.

“I couldn’t really say,” I answered, “but just to cover our bases, maybe you could pray for the shots to keep working.”

There was no further bleeding. Over the next 10 days, Jake’s hemoglobin rose to 8.0, and he gradually gained strength. When we sent him home he still had to contend with his prostate tumor, but the urgent battle against bleeding had been won. We had bought Jake more time, and we had been able to do it without transfusions.

H. Lee Kagan is an internist in Los Angeles. The cases described in Vital Signs are real, but patients’ names and other details have been changed.