A Mormon missionary suddenly can’t move his legs. What can his  doctors do to help him walk again? 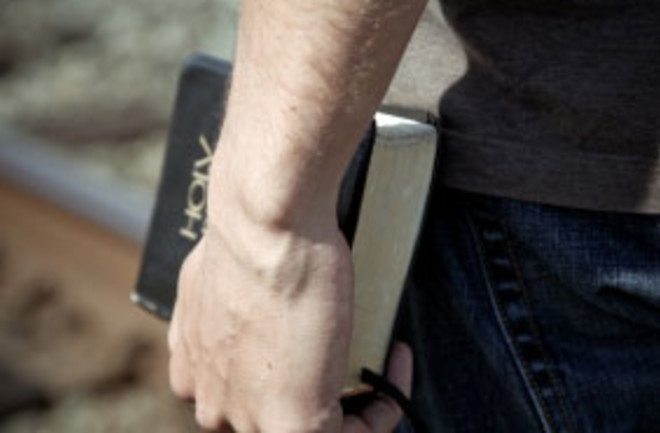 The Medivac helicopter made a noisy descent to the landing pad at University Medical Center in Salt Lake City. The patient on board was on the final leg of a long journey home from South Africa. Jeremy Clark, an ambitious 23-year-old college graduate, had been on a Mormon mission in Johannesburg when he awoke one day unable to move his legs. He was briefly hospitalized there, but the South African doctors could not explain his sudden paralysis and found no evidence of injury or infection, so he was transferred back to the States by air ambulance.

Medics wheeled Jeremy to the neurology ward, where I was waiting. They said he had been about three weeks into his two-year commitment in South Africa when one morning he woke up and was unable to move.*

“He’s been like this for a week, doctor,” the medic told me. “He hasn’t spoken since this happened.”

The youthful-looking, blond-haired patient stared at the ceiling, his blue eyes unblinking. “Good morning, Jeremy,” I said. I felt invisible in the silence. “Are you in pain?”

As the neurology resident, I needed to test Jeremy for a number of disorders, including multiple sclerosis (ms); myasthenia gravis, a neuromuscular autoimmune disease that causes varying degrees of muscle weakness; Guillain-Barré syndrome, an acute condition associated with progressive muscle weakness and paralysis; and stroke. I would also have to perform a lumbar puncture to collect fluid from around the brain and inside the spinal cord to rule out infection. Although his symptoms didn’t quite support the diagnosis, I also wondered if he could have been exposed to a toxin that can cause paralysis, such as botulism or tetanus.

After arranging the tests, I returned with a medical student to assist me with the physical examination.

Jeremy was tall, lean, and physically fit. Heart, lungs, and abdomen: all unremarkable. The neurological examination, however, was perplexing. Cranial nerves were intact. Muscle tone was good, without tremors, abnormal movements, or atrophy. When asked, he was able to move his head, neck, and arms. But his legs were like dead weights, motionless and insensitive to touch.

Even more puzzling, when we tapped Jeremy’s leg tendons with a rubber hammer they contracted, a normal involuntary reflex that told us that the nerve path between the muscles and the spinal cord was intact. Another reflex test, designed to detect damage to the nerve pathway through the spinal cord to the brain, was negative.

I discussed the exam findings with the medical student. “The paralysis of both his legs is very strange,” I said, “because normally for this to occur, both sides of his brain would have to be damaged, and other parts of his body would be affected.”

“Could a stroke do it?” the student asked.

“A stroke would usually paralyze one side. And we can rule out Guillain-Barré since his reflexes are intact and his upper extremities are functioning well.”

“His history doesn’t support that,” I said. “There’s no evidence of prior episodes of sensory loss or weakness in other muscles. Same with myasthenia gravis.”

“So now what?” the student asked.

“We wait for test results.”

* The wording here has been slightly changed to make it more accurate.

Next Page: Looking Beyond Symptoms

The next day, I had just finished reviewing the results when the nurse informed me that Jeremy Clark’s parents were waiting to talk to me.

After introductions, I told them: “Jeremy’s condition is stable, but he still isn’t speaking. Tell me a little bit about him.”

“The mris, lumbar puncture, and lab tests are normal.” I said. “That means there’s no tumor on his spinal cord or brain, no infection, and his liver, kidneys, and blood counts are fine. That’s all good news.” I paused. Our tests had ruled out physiological explanations for his problem, but there were other areas to explore. “Does Jeremy use drugs?” I asked.

“What about mental health problems?”

“Are you saying he’s faking it?”

“No. The symptoms he’s experiencing are real,” I said. “We’ll figure it out.”

After they left, I thought about Jeremy. Did he have something to gain by feigning his symptoms? I found his nurse.

“Does he move his legs when he isn’t aware we’re observing?” I asked.

“No,” she said. “We have to rotate him in the bed every few hours to prevent pressure sores.”

I nodded. Jeremy had no history of emotional problems, but I still wanted a psychiatric consult.

The staff psychiatrist, an old sage with decades of experience, listened to my account of the steps I’d taken to solve the puzzling case.

After repeating the neurological exam, the psychiatrist pulled me aside and shot me a meaningful look. “Have you considered conversion disorder?” he asked.

He explained that conversion disorder is an unusual psychological malady with symptoms that resemble a neurological disorder or other medical condition. The onset is usually abrupt and typically begins with a mental conflict or emotional crisis, then “converts” to a physical problem that prevents the patient from engaging in the activity that was causing him stress.

The reported prevalence of conversion disorder varies widely from 11 to 500 cases per 100,000 people. More common in women, it can begin at any age but occurs primarily between 11 and 35. Symptoms may include blindness, double vision, paralysis, inability to speak, amnesia, unresponsiveness, and motor tics. Most cases of conversion disorder spontaneously remit within two weeks of hospitalization, but some patients who receive a diagnosis of conversion disorder are later found to be suffering from a physical illness.

Probing the Mind for Answers

On the fourth day of Jeremy’s hospitalization, I returned to his room, hoping to discover an underlying psychiatric issue. I gave him some Ativan, a mild sedative, then repeated the physical exam while tactfully presenting him the provisional diagnosis of conversion disorder. I reassured him that the tests had indicated his muscles and nerves were functioning normally and that his inability to move his legs was reversible. Finally, I told him his prognosis for recovery was excellent—that his symptoms might improve spontaneously or gradually.

I asked again if he’d been exposed to any chemicals, toxins, or illicit drugs. He made eye contact and slowly shook his head.

“Has anything been bothering you lately?” I asked.

“I couldn’t do it anymore,” he said, tearing up. “The mission. I hated being there and didn’t like approaching people about religion.”

“Why didn’t you come home?”

Jeremy’s brow furrowed. “I didn’t want to let my parents down. And I couldn’t break my promise to God.”

“Sounds like you were under a lot of stress,” I said. We continued to explore his concerns, and I reassured him that no one could force him to go back.

I explained the situation to his parents. Although initially reluctant to accept a psychiatric explanation for his physical symptoms, they agreed to involve themselves in his rehabilitation. After a few family therapy sessions, Jeremy realized they weren’t angry and opened up. By the end of the week, with his parents’ encouragement and some physical therapy, Jeremy was gingerly walking the halls with them. He was discharged from the hospital and scheduled for follow-up visits with a psychiatrist.

Ten days later, Jeremy had completely recovered from the paralysis.

Beverly Purdy is a psychiatrist at Valley Medical Center in San Jose, California. The cases described in Vital Signs are real, but names and certain details have been changed.