Vital Signs: Education All Around

A patient’s misconceptions, and a medical student’s naïveté, mask a critical diagnosis. 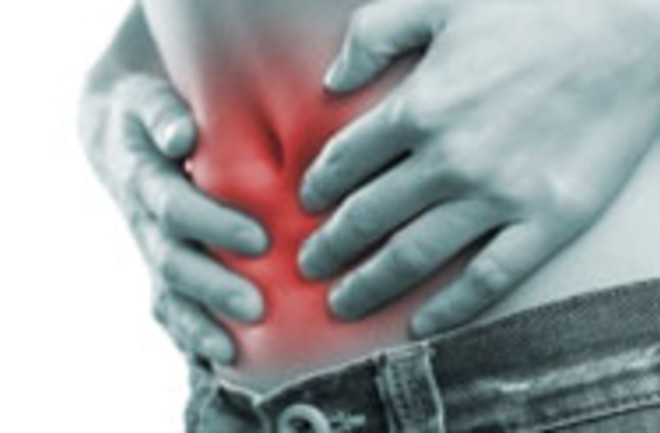 The student emerged from the examination room, chart in hand, and planted himself next to me in the hallway where I was finishing up my notes on another patient. Anxious to share his discovery, he leaned over and whispered, “I think she has a mass in her pelvis.” I nodded and continued to write. One of the local medical schools occasionally assigned students to do a rotation with me in my internal medicine practice, and I had always found them to be bright and eager. This one was no exception. I finished my charting, then turned to the student and asked him to present what he had found. Earlier I had asked him to interview and examine a 50-year-old female patient who was in the office for her annual checkup.

“She didn’t complain of pelvic discomfort,” he reported, but he found the apparent mass while examining her abdomen. It was so easy to palpate, he continued, that he asked the patient if she had felt it herself. She said she had, adding that it had been there for several months. When he asked why she had waited so long before coming to the doctor, she replied that since it wasn’t painful, she figured it wasn’t cancer so she didn’t worry about it.

The student shook his head. “Can you imagine? She thought if it didn’t hurt it couldn’t be cancer. Amazing what bizarre ideas people carry around with them,” he observed. I smiled in silent agreement.

The list of possible diagnoses for pelvic masses in women is long. Tumors, of course, both malignant and benign, must be considered. Ovarian cancers often cause few (if any) symptoms until they have become advanced. Early symptoms like bloating and mild pain are frequently ascribed to less serious conditions, such as irritable bowel syndrome. Benign tumors, likewise, may develop into sizable masses before they produce any symptoms.

Other common causes of a pelvic mass include abscesses—accumulations of pus from a silent bowel leak, for example—that may take weeks or months to make themselves apparent. They often produce fever, but not always. Vascular anomalies like aneurysms (ballooning of a defective spot in a blood vessel) in the pelvis and groin may also present as masses. Those associated with an artery typically will have a pulse that the examiner can feel. And patients suffering from chronic constipation may have stool backed up into the left colon, which can lead less experienced hands to conclude that there is an elongated mass in the pelvis.

I knew the student had asked the patient a battery of questions, but how good was he at taking the next step—making the connections between her answers and his physical findings? I asked him if she had any symptoms that he thought might be related to a pelvic mass. “Related to the mass?” he echoed as I watched him struggle to come up with something. He drew a blank. (“OK,” I thought to myself, “time to teach.”)

“You already told me that she had no complaint of pain. Were there any changes in her bowel habits or unexplained weight loss?” I suggested. He shook his head no. “Abnormal vaginal bleeding?” No again.

“Dyspareunia?” His brow furrowed and his eyes nearly crossed. I realized he didn’t know what the word meant.

It has been estimated that medical students learn upward of 10,000 new words in the course of their medical education. Besides the names of innumerable body parts and physiologic phenomena that must be memorized, there are words for every conceivable symptom. There’s a word for pain with swallowing, pain with breathing, pain with defecation, and yes, even pain with intercourse.

“Dyspareunia,” I told him. “Pain with intercourse. It can accompany a number of conditions, including pelvic tumors.”

He stared at me, bewildered.

He glanced away and then whispered, “I thought intercourse was supposed to hurt the woman.” He was dead serious.

I felt as if the air had been sucked out of the room. Where had he, a highly intelligent but obviously inexperienced young man, learned this? When we chatted earlier, he told me he had been raised outside the United States, in a country that I knew had less progressive views of women’s rights. Had he brought this bit of nonsense with him from the old country? For the moment, it didn’t matter where he’d picked it up. He was in my office to learn, and I set about teaching something I hadn’t expected to have to teach that day.

After explaining some basic facts about female sexuality and discussing some misconceptions on his part, we returned to the urgent business of sorting out what was going on with my patient.

We went into the exam room, where I confirmed the finding of a non-tender, non-pulsatile, very firm, immovable, grapefruit-size mass in the patient’s left pelvis. From my examination I was unable to determine with certainty which structure the growth (if it was a growth) had arisen from, or what it might have attached itself to. The rectal vault was free of blood and masses. After she dressed, I gently chided my patient, whom I had known for years, about waiting so long before coming in to see me. She in turn told me that she hated to bother me about something that she thought might not be important.

Knowing we were not going to figure this out without imaging, I ordered a CT scan. I also drew blood to check for, among other things, anemia, pregnancy, and certain proteins and other molecules that are tumor markers for ovarian cancer.

That evening my thoughts kept returning to the case. I was struck by how the myths and misinformation that are often brought to the doctor-patient interaction have the potential to sabotage the management and outcome of even the most uncomplicated of cases. If my patient was harboring a malignancy in her pelvis, for instance, then her notion that the absence of pain meant it wasn’t cancer might have kept her from being diagnosed earlier and, I feared, might have worsened her prognosis. And I could easily imagine some other setting where my student, if not disabused of his naive ideas about female sexuality, might easily miss diagnosing an ovarian cancer whose only symptom was pain with intercourse.

Patients’ complaints of pain are often fraught with complexity, distorted and disguised in ways that can blindside the unwary physician struggling to understand their meaning. A whole body of literature has been published in recent decades concerning the need for physicians and other providers to be culturally competent, mindful of the beliefs and prejudices that patients bring with them to the exam room. But the doctor-patient interface is a two-way street, and the biases and myths that doctors themselves carry to the bedside likewise may hinder understanding.

I well recall how as a beginning student I had arrived at medical school holding the idea that pain not arising from a demonstrable organic source was not “real” pain. Hysterical pain, conversion reactions, pain related to emotional distress and anxiety: all of these were pains of a different order—a lesser order, I believed—and as such were not as deserving of my sympathy and attention as pain from, say, a fractured hip. Where I had acquired this cynical prejudice I cannot say, but ridding myself of it was an essential part of my early medical education.

Within a week all the results on my patient were back. I was happy to relay the news to her that the tumor marker for ovarian cancer was negative. She wasn’t pregnant, either. The scan had revealed her mass to be a large fibroid tumor, a benign growth arising from the muscle tissue that makes up the wall of the uterus. She would need a surgical procedure to remove the tumor, but the prognosis was excellent. She was thrilled to learn that she had dodged a bullet. And she had learned an important medical lesson: The absence of pain in a mass doesn’t guarantee that it is benign.

As for my shockingly misinformed student, he, too, had learned something big. That day in my office, the existence of the female sexual response had come to him as an embarrassing surprise? It was to be hoped that in time he would come to regard it as good news.

H. Lee Kagan is an internist in Los Angeles. The cases described in Vital Signs are real, but patients’ names and other details have been changed.