An old Vital Signs column helps solve the mystery of a man who slipped into and out of strange altered states. 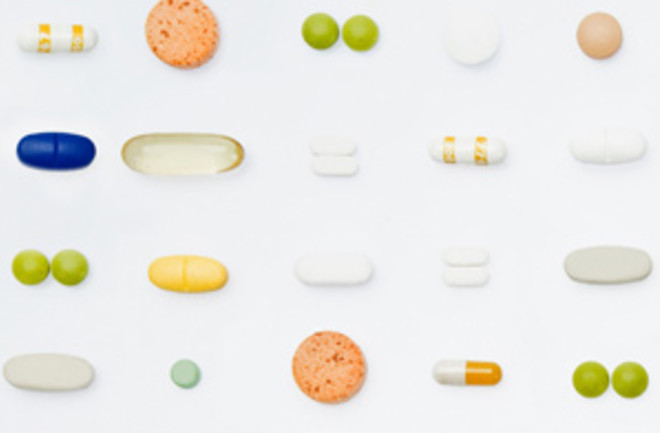 I sensed a commotion rippling across the emergency room. near the entrance, a man sporting a surgical mask and pajamas was pacing like a tethered ferret. It was 2 a.m., but as a rule most patients don’t wear their PJ’s to the ER. Something was strange about this one. Heading over, I watched as Claudia, the intake nurse, tried to coax him into the triage chair. He sat for a moment, stood up, then plopped back down.

“I need to see your expert,” he spat out. “I have to do this quickly.”

“Do what, sir?” Claudia asked.

The patient sprang up. “I can’t feel my legs. I can’t breathe. Where’s your expert?”

His wife walked calmly over from the registration desk.

“John was hospitalized uptown four days ago,” she told me. “It started then just like it did tonight, with a headache and confusion.” The spinal tap done uptown had shown a high white blood cell count, indicative of infection, but all the cultures were negative. John had stayed in the ICU and gotten better overnight—a surprise for the uptown staff, who then diagnosed viral meningitis. (Meningitis is an inflammation of the meninges, or lining of the brain and spinal cord, usually caused by bacteria or a virus; bacterial meningitis can be life threatening, but viral meningitis usually acts more like a passing flu.) In line with that diagnosis, they’d sent John home. “Yet just before bed tonight he had a headache, then woke up babbling again,” his wife explained.

Now I turned to the patient himself. John looked about 40. He stared at me with a vacant, intense glare that reminded me of someone high on angel dust. The disturbing gaze cinched my first impression: This patient was suffering from altered mental status, the catchall term for “malfunctioning brain.” That meant his brain could indeed be under siege by a virus resulting in meningitis; the inflammation and any associated virus causing his confusion could have gone away without treatment. But there was no explanation for why it had returned. What had they missed uptown?﻿

I glanced at John’s vital signs. Blood pressure, pulse, breathing rate, and temperature were all normal. That was interesting. Viral meningitis usually causes a fever and accelerated heart rate.

I turned to the patient again. “What happened tonight, sir?”

“It’s all right, darling,” the wife said soothingly. “This is no worse than last time.”

“No fever, vomiting, or new medications?” I asked.

She shook her head.

“First can I make sure you’re OK?” I pleaded. “It really would be better if you stayed,” I said in my softest please-don’t-make-me-tie-you-down voice.

“See? The doctor is very nice,” the wife implored.

“How about we get you in a comfortable room?” I offered. “It has a TV.”

My first-year student, Stacy, materialized; she was there voluntarily, her idea of fun being an overnight in the ER.

Together we shepherded John into a room. We had to move quickly; altered mental status in an otherwise healthy patient mandates a head CAT scan to rule out bleeds and tumors and a spinal tap to check for meningitis and encephalitis (inflammation of the brain).

John, surgical mask still in place, kept popping out of the room.

“What are you going to do?” he demanded. “I need the expert. A neurologist!”

His wife laid her hand on his arm. He stopped talking and calmed down. I told him we would be running tests, but in light of the mega workup he’d gotten uptown, I questioned whether they would show much at all. The safest approach lay straight up the middle: First rule out immediate life-threatening things, then rethink.

“OK,” I told Stacy. “Go in there and get more detail: Fever? Headache? Nightmares? Travel? Hearing voices? The weirdest part is how he got better, then bang, bad again. I’m counting on ya, kid.”

For a few minutes, all was calm. Then Stacy came trotting out of the room.

“Dr. Dajer, can he have water and an Advil? He has a headache.”

“Sure,” I started saying. Then I stopped.

In a Vital Signs column in this magazine 17 years ago, infectious-disease physician Abigail Zuger described the conundrum of a young woman with recurrent meningitis. Hospitalized four times in a matter of months, the patient exhibited high fevers, delirium, and a stiff neck—all signs of life-threatening bacterial, septic meningitis. CAT scans were normal. Spinal taps revealed high white cell counts in the cerebrospinal fluid—usually a harbinger of severe infection—but bacterial and viral cultures grew nothing. The patient was becoming ill and then abruptly getting better. The fourth time, to general eye-rolling, a medical student was tasked with asking the woman for the umpteenth time whether she had taken anything, anything, prior to getting sick. He hit pay dirt: Advil.

Zuger’s patient hadn’t considered over-the-counter, everyday Advil a medication. It is also sold as Rufen or Motrin, and the chemical moniker is ibuprofen. Ubiquitous as this drug is, until reading Zuger’s article I hadn’t known that in rare cases it can cause meningitis.

Case reports are the lifeblood of diagnosis. The dry, reductionist, what-percent-have-cough and what-percent-have-fever lists in medical texts will put you to sleep. But good stories stick. Doctors trade odd diagnoses like baseball cards; we glean them from journals, TV, and friends, stockpiling them against the next tough diagnosis. Zuger’s story—even 16 years later—primed me to jump on one small clue.

“Advil!” I cried to Stacy. “Did he take any tonight before he came in?”

“Yes, when he went to bed. Three hours ago.”

“How about four days ago?”

John was up again, still too bright-eyed and staring, but more there.

“What are the results?” he demanded. “I require transportation home.” His wife stood by warily.

“Do you remember taking any medications last time?” I asked him.

“He had a headache that night.” The wife tapped her lips. “Maybe some Advil?”

I showed my cards.

“Look,” I began, “I can’t prove this, but I think all your symptoms are due to the Advil. The best evidence is whether you took some before each episode.”

The wife’s face lit up. “Yes. He definitely took some the first time. Could that really be it?”

“It’s poorly understood,” I said. “It’s probably a hypersensitivity immune reaction. The ibuprofen may bind to specific tissues, like the meninges that line the brain, and set off an antibody attack. Most reported cases are in patients with immune disorders like lupus. But some have been in healthy people. It can happen with other anti-inflammatory drugs, like Aleve. The hallmark, besides the confusion and meningeal irritation, is that you get better quickly off the Advil.”

I turned to Stacy and smiled, “Nice work, Sherlock.”

I had an improving patient, a solid story, a negative recent workup, and a very intelligent and attentive spouse. I felt it was safe to release him.

“Go home,” I ventured. “Get some sleep and I’ll call you later this morning. Have your neurologists recheck everything this afternoon. What’s nonnegotiable is this: You come back lickety-split if anything feels worse.”

Still dubious, John asked, “Can I take off the mask?”

“I’m better,” John ventured, still hesitant. “The legs are a bit tingly, but I can walk and the headache’s gone.”

“You have my cell number,” I said. “Please call me for anything.”

A week later, his wife phoned to tell me a neurologist had decided John had a form of temporal lobe seizure. These can cause bizarre behavior but none of the muscle clenching or loss of consciousness seen in “regular” grand mal seizures.

“He started John on Keppra,” she recounted, referring to a potent anticonvulsant. “But it’s making him very drowsy.”

John’s course after discharge was as I had predicted, give or take a few vague symptoms. And diagnosis of a seizure relies heavily on patient history. There is no test that proves it. While the neurologist was trying his best to make a diagnosis based on vague, nonspecific symptoms, I was sure I had it right. I decided to be blunt.

“Look,” I told the wife, “every specialty has its default diagnosis. Seizures can do just about anything, but they don’t cause white cells in spinal taps. I truly think John is OK. It boils down to so little data, so many competing hypotheses.”

She fell silent, then finally said, “I’m taking him off the Keppra.” A month later, he was doing fine.

No more than 100 cases of ibuprofen-induced meningitis have been reported in the literature. But you have to wonder, given that ibuprofen is practically in the drinking water, how many more mistaken cases of “viral meningitis” are out there.