A hyperactive five-year-old is having trouble fitting in at school. Does he have ADHD, or could his  behavior be a clue to a deeper, genetic problem? 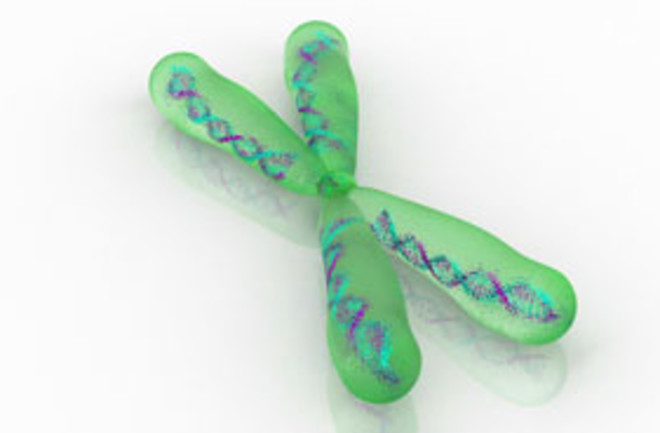 The five-year-old ran into my exam room with his mother trailing behind. He wore a Transformers T-shirt and jeans that each bore signs of a recent encounter with a chocolate bar. Immediately he took a toy train apart and scattered the pieces all over the floor. “The kindergarten teacher said she doesn’t think Jason belongs in the class,” the mother said to me. “But we’re not sure.” Jason’s pediatrician had referred him to me because of his hyperactive behavior. “New patient to me,” her note said. “No old records available. Very hyperactive, difficult to examine, possible developmental delay: refer to developmental pediatrician.”

Having been a general pediatrician for many years before specializing in developmental pediatrics, I sympathized with her. The 20 minutes allotted for a standard exam wasn’t nearly enough to try to figure out what was going on with this child.

Jason was now busy with a ball, but then quickly moved to a book and began turning the pages and pointing to every picture, labeling each one: “House! Duck! Train!” Then he was off to crash two trucks together.

His mother looked at him uncomfortably, clearly unsure whether she should try to guide him or let him alone. “It’s OK, nothing here is breakable,” I reassured her. “Tell me what he’s like at home.”

“He’s into everything, just like he is here,” she said. “He can’t sit still for a minute. That’s probably why the kindergarten teacher doesn’t think he belongs there. But...” She paused, as if trying to decide whether or not to say something.

“But there are other things that concern you, besides his hyperactivity?” I ventured. She looked relieved. “Yes,” she said. “I don’t know, it just seems like it takes him longer to learn things than other children. We don’t have any other kids, so we can’t compare him that way, but when he’s with other kids his age...it seems like he just doesn’t get it.”

When I observed the way Jason played with each toy, he seemed immature. His play didn’t have the imagination or complexity I would expect at his age. He was more interested in the toys for younger children than in those that should interest a 5-year-old. His vocalizations tended to be single words or sometimes phrases of two or three words.

When I had him play with the blocks, puzzles, crayons, and other materials I use to assess a child’s developmental status, his difficulties became evident. He could copy a circle but not a cross or a square. He could count two blocks but not more than that. Overall his developmental skills seemed more like those of a 3-year-old than a 5-year-old. The question was, why?

As I delved further, nothing stood out in his medical or social history to account for his delays. Then I asked about the family history. “Is there anybody on either side of the family who was slow to talk or had learning problems?” His mother paused for a moment and then said, “Yes, I have two cousins who are mentally retarded.”

“Are they boys or girls?”

“Are they on your mother’s side or your father’s?”

“Does she have other children?”

“Yes, she has two daughters, too, but they’re fine. Oh, wait. I just remembered that one of them has a little boy. I don’t see her very much, since they moved to another state, but I think my mom said that they were worried because he was almost two and wasn’t talking yet.”

There was a pattern. Three males in the family had developmental delays or mental retardation, but their mothers and sisters were OK. That gave me the clue I needed. I suspected that Jason had Fragile X syndrome.

Fragile X is the most common inherited cause of mental retardation—now also referred to as intellectual disability—affecting about 1 in 4,000 children. The X in the name refers to the X chromosome, one of the paired sex chromosomes: Women have two X chromosomes, while men have one X and the Y that contains all the coding for maleness. A girl gets one X from her father and one from her mother; a boy’s X chromosome has to come from his mother, since he gets the Y from his father.

The term fragile X refers to a narrowing near the end of the X chromosome when seen under a microscope, which makes the chromosome appear broken. Medical geneticist Herbert Lubs first discovered this anomaly in 1969, and the connection to X-linked mental retardation was soon recognized. In 1991 researchers in Australia and France discovered the molecular basis for the condition. They found a gene called FMR1 at the “fragile” site on the X chromosome; this gene ordinarily produces a protein, FMRP, which is essential for normal brain function. Among its many roles, FMRP regulates other proteins in the brain and promotes the growth of new neurons. In males with the abnormal X chromosome, the FMR1 gene fails to produce FMRP, and the brain does not develop properly.

Unlike most other X-linked disorders, fragile X also affects females. A woman who has one X chromosome with the full FMR1 gene mutation will not only pass the chromosome on to half of her sons, but also has a roughly 70 percent chance of having an IQ lower than 85 herself. Females are less severely affected than males, though, because they usually have one normal X chromosome, and some carriers, like the women in Jason’s family, may have no problems at all. In rare cases, both X chromosomes are affected, and the woman suffers the full severity of the symptoms.

About 80 percent or more of boys with fragile X are mentally retarded. This means that their score on a standard IQ test is below 70, and they also score low on an interview-based test of adaptive functioning—their ability to do things for themselves—compared with other children their age. The degree of retardation is usually mild, but can be moderate to severe. In addition, most children with fragile X syndrome have other characteristic traits, including anxiety, hyperactivity, and a number of behaviors that are often seen in autism. A large proportion of boys with fragile X, up to 80 percent in some studies, meet the criteria for ADHD, and about a third of them meet the criteria for autism.

After explaining my conclusions to Jason’s mother, I ordered a DNA test to confirm he had the mutation. The test results would take about two weeks. In the meantime, I recommended that Jason have a full psychoeducational evaluation by the school district in order to get a complete picture of his cognitive strengths and deficits and to help plan an educational and behavioral program for him.

The DNA test showed that Jason did indeed have fragile X, and I arranged a telephone conference with the family to discuss the implications. I referred them to our genetics clinic for additional genetic counseling and recommendations about testing other family members. I suggested that the parents make an appointment for Jason with their pediatrician to discuss starting stimulant medications, such as Ritalin, to treat his ADHD symptoms. At present there are no widely available drugs that can specifically treat fragile X, but there are several in clinical trials. Some of the most promising act by blocking a protein called mGluR5, which is regulated by FMRP and helps keep synapses functioning properly. In patients with fragile X, mGluR5 becomes overabundant and impairs the ability to learn and remember.

Jason and his parents returned for a follow-up visit with me a few months later. “Thank you so much for pointing us in the right direction,” his mother said. “His doctor started him on medication and it’s really helped his hyperactive behavior. And now he really loves going to school.”

I told Jason’s parents that with early behavioral intervention, special education services, and medical treatment, he stands a good chance of finishing school and living on his own in the years to come. Aided by improved ADHD drugs and new ideas in therapy, most fragile X patients are now able to lead productive lives. And with drugs on the horizon that might soon treat fragile X directly, their prospects have never been better.

Mark Cohen is a developmental pediatrician with Kaiser Permanente in Santa Clara, California. The cases described in Vital Signs are real but names and certain details have been changed.