Vital Signs: A Stress Case or a Serious Disease?

A dermatologist treats an anxious patient for her stress-induced lesions, but new symptoms signal a more serious, and very real, disease. 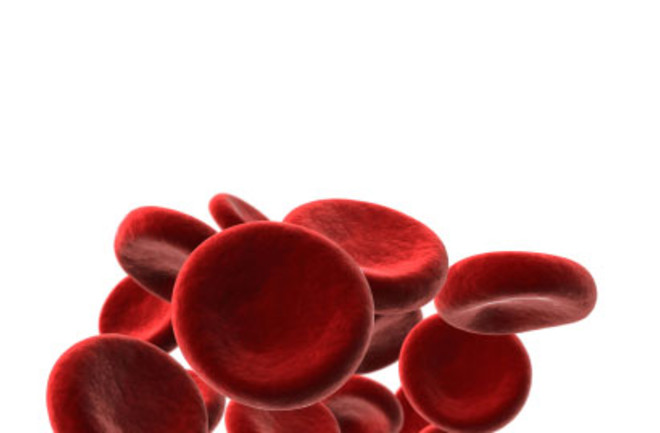 Mary was waiting for me in the examination room. A mildly plump 55-year-old, she looked at me nervously as I came in, waiting for her chance to spill out all her aches and pains and concerns. “Hello, Mary,” I said. “How have you been?”

“Not so good,” she replied, handing me a sheet of paper with a long list of medications written on it.

I had seen Mary many times over the last five years in my dermatology office, so I was no stranger to her lists or her wide variety of ailments, real and imagined. During the last visit, her chief complaint had been irritated sores on the scalp. At the time, she told me she was compulsive and kept scratching the sores until they bled—a classic sign of neurodermatitis, a condition in which a person scratches the skin repeatedly, usually to relieve stress or tension. We see it quite often in our practice, and from talking to Mary I knew she had enough stress in her life to sink a ship.

I prescribed a cortisone solution for two weeks and an over-the-counter product containing castor oil and menthol that cooled the sores on her scalp. I also recommended relaxation techniques and counseling, which often help with neurodermatitis, but our subsequent conversations left me with the impression that Mary hadn’t taken my advice.

I looked at the list of medications that she had written down—Prozac, clonazepam, and others, mostly treatments for depression and stress-induced disorders. Included on the paper were small written comments and questions: “Calcium citrate caps—should I take these or not?” and “Need to take this in the morning” next to her Prozac. Over the years she had suffered from a number of other problems as well: tonsillitis, mono, urinary tract infections, blisters, mouth sores and chapped lips, acne, and high cholesterol. The constellation of symptoms and conditions painted a picture of a stressed person who was chronically taxing her immune system. She seemed to be fighting hard to stay above water.

Now Mary had a new skin-related complaint. “Over the last year I get these bruises all over me,” she told me. “They just appear out of nowhere and itch badly.” Knowing her previous history, I had to consider the strong possibility that stress was influencing her symptoms. When I asked her if she was experiencing increased anxiety, she was very candid, mentioning that she was having marital problems. She also said that the sores on her scalp had returned and that she was suffering from depression. When I asked if she had any trouble breathing—something that often accompanied her severe bouts of anxiety—she said yes.

With that information in mind, I proceeded to the physical examination. When I looked at her legs, I noticed she had petechiae, red and purple pinpoint-size dots caused by a minor hemorrhage from broken capillary blood vessels. Petechiae can be a side effect of aspirin use. Infections can lead to petechiae, which are also associated with alcoholism, AIDS, vasculitis (an inflammation of the blood vessels), and certain cancers such as leukemia or lymphoma. Another reason for petechiae is thrombocytopenia, a shortage of blood platelets. Also called thrombocytes, platelets are cells about 10 percent the diameter of red blood cells and are responsible for forming the clots that stop bleeding.

Mary also had small purple bruises on her arms and legs, called purpura, brought on by bleeding under the skin. Together the purpura and petechiae signaled to me that Mary could be suffering from something far more serious than her previous bouts with neurodermatitis or her other ailments.

I ordered some tests, including a complete blood count, platelets, urinalysis, and thyroid and chemistry profiles and prescribed the medicines that helped relieve her scalp itch after her last visit.

When Mary’s lab tests came back, some of the results were abnormal, including a small amount of blood in her urine, but what really jumped out was her platelet count. A normal count is 150,000 to 450,000 per microliter of blood. Mary’s was less than 20,000.

For two weeks my team and I worked to exclude a long list of conditions that can result in blood abnormalities. We had to test Mary for leukemia, HIV, hepatitis C, lupus, cirrhosis, and medication problems, among others. After gathering all the data, we came to a diagnosis of idiopathic (meaning cause unknown) thrombocytopenic purpura, or ITP. Although it is poorly understood, the main culprit in ITP is believed to be an autoimmune response. While your immune system normally protects your body from disease and infection, in ITP, for unknown reasons, it attacks and destroys its own platelets. The adult population with ITP, a chronic and noninfectious disease, numbers approximately 100,000 in the United States, with women outnumbering men by some three to two.

Not only can ITP result in petechiae and bruising, but if the platelet count falls below 30,000, patients might experience bleeding from the nostrils and gums and into the urine and stool. If a person has a very low count, less than 10,000, she runs a high risk of hematomas (pools of blood outside the vessels) in the mouth or on other moist tissues and extensive bleeding from small cuts or abrasions. Below 10,000, fatal complications can also result from brain hemorrhages, spontaneous gastrointestinal bleeding, or other internal bleeding if any trauma occurs.

During the time I worked with Mary, her blood platelet count dropped to 1,000, a medical emergency. She was hospitalized several times, given transfusions of platelets twice, and treated with high doses of the steroid prednisone, which can raise the blood platelet count.

A hematologist colleague and I discussed Mary’s case several times, and the drama of her ever-lowering platelet count pushed us in the direction of recommending more aggressive intervention—removal of the spleen. That fist-size organ helps fight infection and eliminates old or damaged blood cells, but the spleen also manufactures the majority of the antibodies that destroy the blood platelets. Since Mary was otherwise medically stable, the removal of the spleen was not an overly serious operation. However, a splenectomy does permanently reduce the body’s ability to fight infection and does not fully prevent relapse, although remission of ITP following the operation is 60 to 70 percent.

We talked it over with Mary and her family and agreed that with her platelet count so dangerously low, surgery was the best option.

After the operation, Mary’s blood platelet count went up to 333,000, and her purpura and petechiae cleared up. Her prognosis was good, despite the fact that, without a spleen, she suffered from lowered immunity and far greater susceptibility to infection of all kinds.

On a visit to my office eight weeks after her spleen was removed, Mary was satisfied with the results of the operation, but she had a new series of problems to discuss. She complained of constant thirst and the need to urinate frequently. I checked for diabetes and other problems, but she proved to be OK, and the thirst and frequent urination eventually subsided over time. She also suffered from lower back pain and told me that she had tingling feelings and numbness in her legs, feet, and hands. Her neurodermatitis had returned, resulting in infections on her back, arms, and face. She was also still having anxiety-related breathing problems.

In medicine, we often encounter nervous patients like Mary, but a dismissive attitude on the doctor’s part can be a barrier to treatment should a serious problem emerge. While stress could explain some of Mary’s skin conditions, her petechiae and purpura had been clues to a potentially fatal disease. Although she still had many complaints, Mary was alive to tell the tale and to keep up with her list of medications.

Robert A. Norman is a dermatologist based in Tampa, Florida. The cases described in Vital Signs are real, but names and certain details have been changed.