Vital Signs: A Problem of the Heart, Head, or Hands?

A patient with a history of mental illness claims his hands are possessed. Could his delusional behavior indicate a serious medical condition? 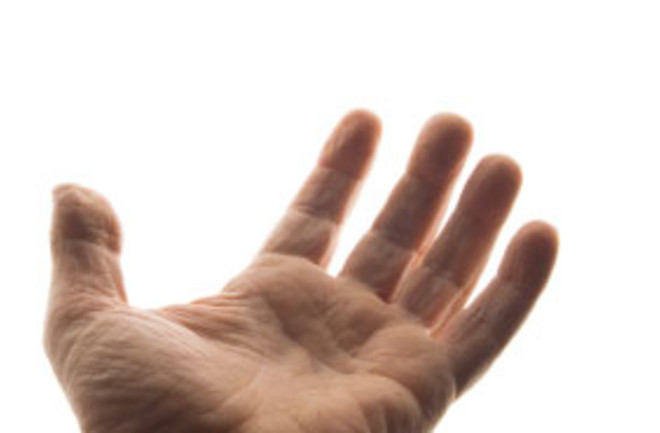 “It must be a full moon—this patient has the weirdest symptom ever!” Kate, my intern, dropped into the chair across from me, looking haggard. We were early into the morning shift at our hospital’s walk-in clinic, where patients drop in with anything from runny noses to previously undiagnosed cancer, and already we were running late. Kate had been in with our second patient for 30 minutes. That was much longer than we had anticipated, since the reason the front-desk clerk had noted for his appointment was simply “hand problem.” Sounded innocuous enough. I asked Kate what the weird symptom was.

“He says his hands are possessed,” she said. “According to him, someone or something is forcing him to clench his hands—and he can’t make it stop. I couldn’t get him to quit talking about his possessed hands.” But Kate thought the patient’s delusional behavior was the least of his problems. “His legs are swollen and his lungs are full of fluid,” she explained. “I think he’s got some heart failure.”

As doctors, we’re all taught to pay attention to the chief complaint—the patient’s reason for coming to see the doctor—and to interpret what we find to explain it. In this case, though, Kate had astutely picked up on a potentially serious problem unrelated to the chief complaint, which sounded like something outside the bounds of the kind of medicine I practice.

I went in to the examining room to take a look at the patient with her. His name was Andrew and he looked older than his 60 years. He was ill-kempt, pale, and nervous and shifted constantly in his seat. As Kate had noted, he had swollen legs and was breathing with difficulty—classic signs and symptoms of heart failure. And, as she had noted, he didn’t care in the slightest about those symptoms; he just kept talking about his hands. “I’m telling you, doc, they aren’t doing it now, but somebody’s moving my hands without my wanting them to!”

I examined his hands carefully, as Kate had before me. No tremor, no numbness, no weakness. He could hold them still without any difficulty. We performed a standard set of tests of the nerves controlling his eyes, facial muscles, and neck; tested the strength in his arms and legs as well as his hands; and watched him stand and walk: all normal. No problem that we could see.

Looking through the chart, I saw that Andrew had a long history of anxiety, reclusiveness, and obsessive-compulsive behavior. Maybe, I thought, this obsession with his hands was part of that problem. We explained to him that we were worried about his heart and told him to go straight to the laboratory to check his blood count, kidney function, and heart function, and then come back to us. He grunted affirmation and trundled out.

When we finally caught up with the morning’s patients, we looked for his lab results on our electronic chart. But he’d never gone to the lab, and he wasn’t in the waiting room. “I guess he didn’t like our advice,” Kate said ruefully.

Two days later, I saw his test results pop up in my chart. At first I thought he’d come back to the clinic to finish the evaluation, but then I saw that the results were coming from the hospital’s emergency department. Apparently he had come in with the same complaint about his hands but had looked sick enough to get seen right away in the emergency room. And the lab results were coming up with exclamation points next to the numbers—a sign of values far outside the normal range.

For a moment, I had a terrible feeling of missed opportunity. Did he go home and have a heart attack? Should we have sent him directly to emergency two days before, instead of letting him out of our sight to go to the lab?

The numbers didn’t indicate a heart attack, however. Rather, he had the most severely low blood calcium level I had ever seen. When the amount of calcium in blood is measured, it usually amounts to 9 to 10 milligrams per 100 milliliters of blood. His was only 5 milligrams, a dangerously low level.

Low blood calcium is a rare problem and one that we had never even considered when we saw him in the clinic. The emergency room doctors hadn’t thought of it either. But because calcium is part of a routine blood test, the abnormal value was right there for us to see.

In seconds, what had been a disjointed clinical story clicked into focus. His heart failure, which we had diagnosed in the clinic? Probably due to a lack of calcium, which helps sustain cardiac muscle contraction. All muscles require calcium to work. When nerve impulses reach muscles, calcium ions flowing into or out of the muscle cells are the key signal allowing that muscle to contract and relax. If calcium levels are low, the signals do not get transmitted correctly.

Low calcium also explained his twitching hands, the symptom that had brought him to clinic in the first place. Without enough calcium around, skeletal muscles can unpredictably go into spasm. Andrew just didn’t happen to have a spasm when we examined him. If we had suspected he had low blood calcium, we could have elicited a spasm by temporarily cutting circulation to his arm with a tourniquet, which would have further decreased the amount of calcium available to his muscles and produced the telltale twitching. But since we assumed he was imagining the spasms, this hadn’t occurred to us.

The diagnosis might even explain Andrew’s feeling of being possessed. It turns out that low calcium levels can make people anxious or even psychotic, probably by changing the way nerve signals are transmitted in the brain.

Before I could help Andrew, though, I still needed to fill in a crucial missing part of the picture. How in the world had he become so severely depleted of calcium?

Calcium is one of the most carefully regulated elements in the body, taken in through food and then sustained, in a steady state, in the bloodstream and bones through a network of hormones. Vitamin D also plays an important role by helping regulate the amount of calcium in the kidneys, bones, and blood. The system is so effective that it will leach calcium from bone, retrieve it from the urine, or absorb it from the intestinal tract rather than allow the blood calcium level to fluctuate. People usually exhibit low calcium levels only if they have suffered a serious breakdown of one or more of these regulatory factors that normally provide checks and balances to keep calcium in the appropriate range.

The normal system that regulates calcium can go wrong in a number of places. Neck surgery can disrupt the production of calcium-regulating hormones made there. Lack of exposure to sun or an extreme lack of vitamin D in a person’s diet can lead to severe calcium deficiency. Kidney problems can also disrupt the action of the calcium-regulating network.

It turned out that Andrew had at least three of these factors at play. Once he was hospitalized, he told us that he rarely if ever went outside, except in emergencies. He therefore had no exposure to sunlight and no skin synthesis of vitamin D. And his diet was extremely limited and bizarre: For years, he had subsisted mainly on white bread and a few other items, none of which had much calcium or vitamin D. To make matters even worse, he was taking furosemide, a medicine for high blood pressure that has the side effect of preventing calcium from being retained by the kidneys.

The result: severe calcium and vitamin D deficiencies, then osteoporosis as his body drained his bones of calcium, and finally, when his reserves were exhausted, the low blood calcium levels, the lack of normal levels of calcium in his nerves and muscles, and the resultant twitching of his hands.

We took him off furosemide and gave him high-dose vitamin D and intravenous calcium, correcting his calcium levels. The treatment worked for his physical symptoms. Within a week his heart function improved, and the telltale hand twitching that had bothered him so much was finally gone. We waited for his anxiety to diminish as well, but he remained agitated.﻿

Andrew left the hospital a few days earlier than we would have liked, and only reluctantly came back to follow up with us and with his psychiatrist. I don’t know if he eventually expanded his diet or started to venture outside. Unfortunately, his psychiatric disease didn’t improve with treatment of his low calcium and was probably the cause, rather than the consequence, of the calcium problem. But at least—if he took the vitamins and calcium supplements we prescribed—his hands would never be possessed again.

Dena Rifkin is a physician at the University of California, San Diego. The cases described in Vital Signs are real, but names and certain details have been changed.