A patient’s leg swells to three times its normal size, and an alarmed doctor tries test after test to  pin down the cause. But what if there is no answer? 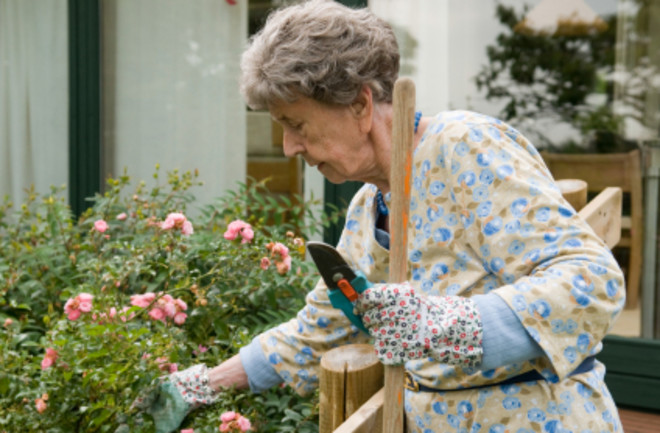 The patient was a petite 80-year-old white-haired woman in pressed Bermuda shorts. “It’s nice to meet you, Mrs. Schulman,” I said to her, trying my best not to gape. The medical resident, Charles, had warned me that her leg was seriously swollen, but I still almost did a double take when I saw it.

If her left leg was a slender maple, her right was a giant redwood. It measured about three times the circumference of the left and was swollen all the way from her ankle to the very top of her thigh. It was by far the biggest swelling I’d seen in my career.

“How long has it been swollen like this?” I asked Mrs. Schulman.

Charles filled me in on her medical history. She was on a blood thinner for an irregular heartbeat and a pill for high blood pressure. A few months earlier, she had tripped on a sidewalk and landed on her right knee. It still ached from time to time.

“Don’t forget my cancer,” Mrs. Schulman piped in. “I had lung cancer five years ago, and I beat it!”

Alarmed, I willed my eyebrows not to rise. It was painfully obvious that she might be wrong. Since cancer increases the risk of blood clots, a single swollen leg in a patient with a history of cancer was a blood clot until proved otherwise. I could see from Charles’s widened eyes that he hadn’t known about her cancer history until that moment.

It was possible we were wrong, of course. Swelling in one leg can also result from muscle injury, veins that no longer function properly, cysts behind the knee, infections, or a variety of knee abnormalities. But since a history of cancer and trauma are both risk factors for blood clots, we decided to start there.

Haltingly, Charles explained to our patient that she would need an ultrasound, which can often pick up a clot, and that it was important to get it immediately.

“If this is a DVT—deep vein thrombosis—a blood clot in one of your leg veins,” he told her, “it could become dislodged and land in one of your lung vessels and cause a pulmonary embolus, a blockage of arteries in the lung. It could be life threatening.” It’s estimated that between 300,000 and 600,000 people in the United States have DVTs and pulmonary emboli each year, and 60,000 to 100,000 die from these conditions.

But Mrs. Schulman was a step ahead. She had already seen a doctor two weeks earlier who was clearly thinking along the same lines we were: He had sent her for an ultrasound, which turned out normal. He had also ordered a CT scan of her abdomen to evaluate her pelvic veins, where the ultrasound couldn’t reach. But that was normal too. With no sign of a blood clot in either test, there was less reason to worry about a recurrence of cancer, but we still had to figure out the problem with her leg.

I suggested that we repeat the ultrasound, because sometimes blood clots don’t show up immediately. An hour later, we had the result: again, no clot.

This wasn’t turning out to be a cut-and-dried case after all. A hugely swollen leg in an elderly woman with a history of cancer had seemed so likely to be a blood clot, but two ultrasounds and a CT scan later, we had found nothing.

Mrs. Schulman was convinced that her knee was the problem. After her fall, she told us, her knee had been swollen for a week or so. It improved, although it still ached if she walked a lot. The massive leg swelling started more than a month later. But when I called the doctor who had seen her, he thought it unlikely that a fall could have caused this extreme degree of swelling.

Mrs. Schulman asked if an antibiotic might help. I explained to her that there was no sign of infection. Her white blood cell count, which would increase in an infection, was completely normal, and the leg did not have the increased warmth or redness that might suggest an infection of the skin or soft tissues. Instead, I suggested trying a diuretic, a medicine that helps reduce the amount of water in the body, for a week. In some cases swollen legs are simply due to water retention from poorly functioning veins. I didn’t think there was much chance that was the case here, since both legs would most likely be swollen. Still, a diuretic probably wouldn’t hurt.

We sent her home, but not without some trepidation. We warned her about symptoms of a blood clot in the leg, such as redness, warmth, or tenderness, or—in a worst-case scenario—the chest pain, rapid heart beat, or shortness of breath that would result from a pulmonary embolus. Later that afternoon, still worried, I spoke with a radiologist who recommended an MRI of her leg and pelvis. Perhaps there was something obstructing the veins that hadn’t been visible on either the ultrasound or the CT scan. Anything that blocks or diminishes blood flow—a blood clot within the vein, a mass pressing on the outside of the vein, damage to the vein itself—can build up pressure that is transmitted to the capillaries, causing swelling.

I called Mrs. Schulman and apologized that I was recommending yet another test, the MRI. I explained that there was a good chance that this one would give us an answer. She was eager to do whatever it took. A week later, we had the results: no blockages visible in the blood vessels and no compression of the veins.

Desperate to find the problem, caught up in a cascade of testing, frustrated that after more than a month her leg remained worryingly swollen, I persuaded myself to keep looking for a hidden blood clot. So I ordered a venogram, in which a contrast dye is injected into a vein and a series of X-rays depicts the flow of the dye—or, if there’s an obstruction, a lack of flow. Although it is the gold standard for diagnosing deep vein thrombosis, a venogram comes with the risk of serious allergic reaction to the dye. I also consulted an oncologist, who sent Mrs. Schulman for another CT scan as well as a positron emission tomography (PET) scan, which uses small amounts of radioactive substances to generate three-dimensional images of metabolic processes within tissue and organs. Three tests and one consultant later, we had found no blood clot and no cancer but were no closer to an answer for her swollen leg.

Mrs. Schulman made the best of life with a huge, stiff leg. She lifted it carefully when climbing stairs, and she didn’t plant a garden that spring. In the summer, she visited her family out of town for a few weeks. Still very worried about a blood clot, I left a series of messages for her, asking her to call when she returned. When I didn’t hear back, I wondered if a clot had barreled through her veins to her lungs, and if she had ended up hospitalized or dead. Or maybe she had gone to another doctor who had solved the mystery, and she had decided never to see me (or Charles) again.

About a month later, she finally picked up the phone. “It’s better,” she said, cheerful as ever.

My heart lifted. “You mean, the swelling is down a little?”

“No, it’s back to normal. Same size as the other one.”

My mouth dropped open. Mrs. Schulman told me she’d taken an antibiotic prescribed by her other doctor for the knee pain, and within a week, the swelling had melted away.

I called her doctor, eager to hear the story. He’d thrown up his hands, he told me. So many tests, no answers, and a patient who had wanted an antibiotic from day one. It made no sense, he said, but why the heck not.

Though it was possible she had an infection whose signs we missed and that the antibiotic cleared up, my take was that it was a coincidence. Some antibiotics have anti-inflammatory effects on arthritis when used over time, but I didn’t think arthritis was the underlying cause of her leg swelling either.

Even though Mrs. Schulman recovered in the aftermath of antibiotic treatment, I wasn’t convinced it made a difference. Whatever made the swelling subside was as mysterious as whatever had caused it.

In up to a quarter of the cases of single-leg swelling with negative venograms, no precise cause is ever identified. Plenty of questions cannot be answered by diagnostic tests, and often, symptoms fade before we can pinpoint their exact cause. Time may not heal all wounds, but as far as I am concerned, it worked for this one.

Anna Reisman is an internist in West Haven, Connecticut. The cases described in Vital Signs are real, but names and certain details have been changed.