Untangling the Twisted Proteins That Turn Brains Into Sponge

New studies show how prions can cause mad cow disease and other afflictions. 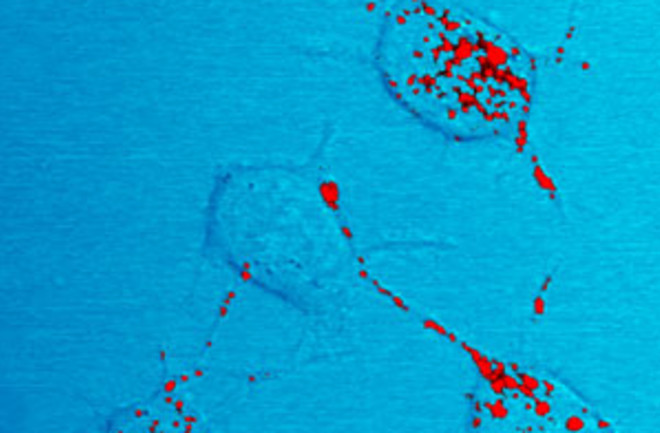 For nearly 30 years, researchers have gathered evidence that a group of bizarre, fatal brain diseases—including mad cow and its human equivalent, Creutzfeldt-Jakob disease—are caused not by a virus or bacterium but by an abnormal form of a protein, called a prion. New studies lend the strongest support yet to this once-controversial idea and are also starting to reveal the beneficial natural functions these proteins perform before they go bad.

Molecular biochemist Jiyan Ma at Ohio State University and colleagues were able to transform a normal protein produced by E. coli bacteria into a prion whose properties match those of the infectious version: It forms clumps, resists being cut by enzymes, and converts other normal proteins into the aberrant form. When the prion was injected into the brains of mice, the brains became spongy and riddled with holes, the telltale signs of prion disease. “Next we plan to take a closer look at the system we used to create infectious prions to identify the molecular mechanisms behind the change,” Ma says.

In a separate experiment, researchers in the United States and Austria used a prion protein generated by E. coli to infect hamsters with a transmissible brain disease. The disease progressed very gradually, just as it does in humans, suggesting that the hamsters could provide a useful animal model system.

While some investigators focus on the disease-causing version of the prion protein, others are looking into what the healthy forms of those proteins do in the body. Neuroscientist Adriano Aguzzi of the University Hospital of Zurich has found that mice lacking the protein showed a deterioration of the protective myelin sheath on their nerves. Additional recent research has hinted that the correctly made protein aids in consolidating memories and transmitting neuron signals. The big challenge now is figuring out why this good molecule sometimes goes rogue.