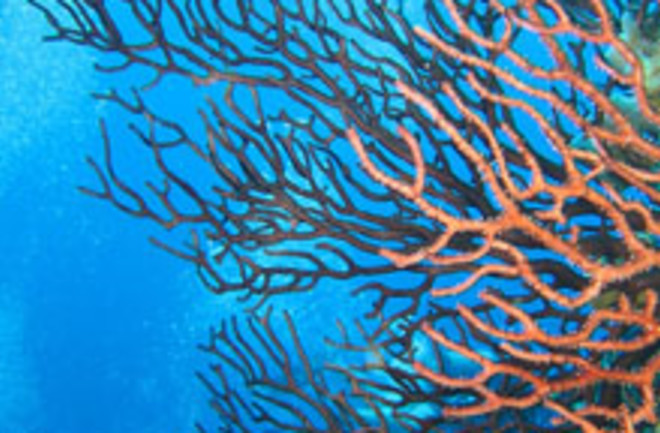 You may recall the case of Dede Koswara who was dubbed the "tree man" after he developed an unsightly amount of bark-like warts on his skin due to an immune deficiency that did not allow his body to fight off the human papilloma virus. As it turns out, he’s not the only one with this bizarre condition. Lin Tianzhuan, 38, is known in his town as "coral boy" for good reason. From Shuimen in southern China, he suffered a similar skin problem to Koswara—he began to develop shell-like growths on his skin beginning at age 13. The Telegraph reports:

"It started with a few hard bumps so I tried to apply antibiotics and creams but it didn't get better," he explained. "Instead it just got worse. They grew and grew and soon they were all over my arms and legs, my back and even my head. Ii was as if I was turning to stone and it was terrifying," he added. "Gradually my shell became thicker and thicker and I could no longer bend my arms or my legs. It was very frightening," Lin said. "If I had to go out I wrapped myself up in blankets because people would scream when they saw me," he added.

More From Discover
Health
The Mysterious Ingredients in Your Cannabis Vaporizer — and the Health Risks They May Pose
Health
The Ignored History of Nurse PTSD
Health
The Quest for Non-Hormonal Birth Control
Health
How Fat Phobia Impacts Patients and Doctors
Health
Ibogaine: The Psychedelic Drug That Could Fight Addiction
The Sciences
Why Human Foreskin Is a Hot Commodity in Science
Recommendations From Our Store
My Science ShopDiscover STEM Kits
My Science ShopDiscover 2022 Calendar
My Science ShopStrange Science
My Science ShopElements Flashcards
Shop Now
Stay Curious
Join
Our List