Treating Disease in the Big Easy 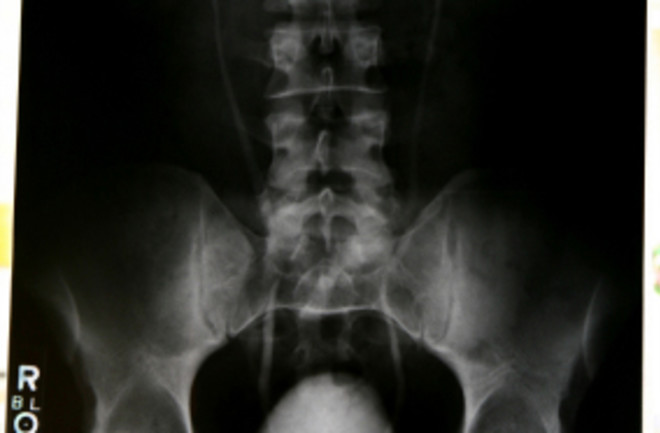 The case was straightforward, exactly what we needed on a busy morning. A 40-year-old construction worker had given me a history that sounded as if he had reviewed the signs of acute appendicitis just before walking into the clinic. He’d had two days of central abdominal pain that had now migrated into his right lower quadrant, mild nausea, no appetite, no vomiting, and no diarrhea. “A slam dunk,” I thought. “Appendicitis until proven otherwise.” I asked him to lie down on the exam table, but my mind had already begun to move to the next question: Where could I send him for surgery?

My wife and I were volunteering in New Orleans East, just north of the devastated lower Ninth Ward. Nine months earlier, Hurricane Katrina had tried to wash away the Big Easy, and almost everything, including the health-care system, was still broken. In a parking lot across from a flooded-out high school, a charitable group had set up a cluster of trailers to serve as a clinic. A hundred people were being treated daily, many lining up in the predawn hours hoping to be seen.

At the city’s few functioning emergency rooms, the waiting time was up to two hours. And that was just to get a patient out of the ambulance. Once inside the ER, it was another 6 to 12 hours to get seen. “Unless you are bleeding or having chest pain, it’s a long wait wher­ever you go in this city,” the paramedics told me.

I continued with the exam. Placing my hands on the patient’s belly, I began exploring for the tenderness that I knew I would find on the lower right side. I pressed down gently and looked for any sign of pain. His face, however, remained impassive. When I asked him if it hurt, he said no. I pushed systematically all over his abdomen. No tenderness anywhere.

“Does this hurt?” I asked again, pressing once more on the right lower quadrant. His answer was unchanged: “No.”

I almost asked him, “Are you sure?” but refrained. Twenty years of practice had taught me to recognize when I had stumbled down the wrong diagnostic path. My slam-dunk case had just gotten interesting.

What could cause these symptoms yet produce no abdominal tenderness? My number one guess was a kidney stone, a mass that can form from minerals such as calcium in the urine. When stones migrate down the ureter—the channel linking the kidney to the bladder—they can cause trivial pain or induce sheer agony. But in either case, unless there are complications, there should be no abdominal tenderness.

The clincher would be blood in my patient’s urine. Stones in transit scratch the ureter as they travel and thus almost always cause microscopic amounts of blood to appear. We had a rudimentary lab at the clinic, so I had the patient give me a urine specimen. I dipped a plastic strip loaded with 10 different chemical spot tests into the urine, laid the strip on a paper towel, and then watched. Over the next 60 seconds I observed each of the spots for a color change. Sure enough, the one for blood turned blue-green—positive. “Yes, indeed,” I smiled to myself, “you almost fooled me.” But then I stopped short. My eye had just caught the spot for glucose. It was rapidly turning orange-brown—strongly positive for sugar.

I asked the nurse to check the patient’s blood sugar. As she pricked his finger, I asked him if he’d ever been told he had diabetes. He said no. On further questioning, he said that for the past six months, since returning from Houston, to which he had fled with his wife and daughter just before the storm, he’d been excessively thirsty, drinking water nearly every hour. And he’d been urinating almost as frequently. Polydipsia (excessive thirst) and polyuria (excessive urination) are classic symptoms of diabetes.

The nurse pointed at the glucose meter. Instead of a number, the machine’s digital readout showed the word high, meaning the result was above the meter’s upper limit of 600. (Normal fasting blood sugar ranges from 70 to 99.) My patient had developed diabetes, and it was now wildly out of control.

The pieces of the puzzle began fitting together. The kidneys normally filter blood to make urine, but the high amount of sugar in my patient’s blood had caused his kidneys to draw off an abnormally large amount of water to dilute the sugar load. (That is why excessive thirst can be a sign of diabetes.) The ensuing dehydration had led to his developing a stone, though kidney stones are not a common complication of diabetes. The passage of my patient’s stone from the kidney toward his bladder had triggered the pain that brought him to the clinic. At least that’s how I put it together. My patient didn’t need an operation; what he needed now was insulin.

Ordinarily I would have transferred this patient to the ER or hospitalized him directly. But rather than try to send him to another overburdened facility, I did a quick assessment. His vital signs were stable, and the urine spot test for acid accumulation (a dangerous complication of uncontrolled diabetes) had been negative. I decided that we could treat him.

After explaining the situation, I started an intravenous drip of fluids and injected a dose of insulin under his skin. The nurse and I then took turns checking his blood sugar every hour. With periodic small doses of insulin, his glucose level gradually dropped. Our goal was to get it down to below 300. Seven hours later, after we’d given him one and a half liters of fluid (about a half gallon) and a sizable load of insulin, he was feeling “the best I’ve felt in many months.” His blood sugar was 230.

The nurse gave him a crash course in diabetes management, including general information about the disease as well as techniques of self-monitoring and self-injecting. He was a quick learner.

Toward the end of the day, we removed the IV. Our pharmacy gave him insulin and pills to improve his glucose metabolism. They also gave him supplies for testing and injecting himself.

Two days later he was back for a follow-up appointment. He looked and felt great. All the pain was gone. He smiled as he proudly showed us his log of blood sugar readings. They were all well below 200.

“You used to be too sweet, but we’ve fixed that,” I joked.

He also gave us the tiny stone that he had passed in his urine. Patients passing a stone are normally given a urine screen to take home, but we’d had none. So we had given him a few coffee filters that we’d purloined from the break room to strain his urine at home. He’d caught the little bugger, and we sent it to the lab for analysis.

Absent that stone and the pain it created, my patient would soon have ended up in one of New Orleans’s beleaguered ERs in a life-threatening diabetic coma. Instead, with treatment he was back to work in a few days, helping to rebuild his beloved hometown.

H. Lee Kagan is an internist in Los Angeles. The cases described in Vital Signs are real, but names and other details have been changed.