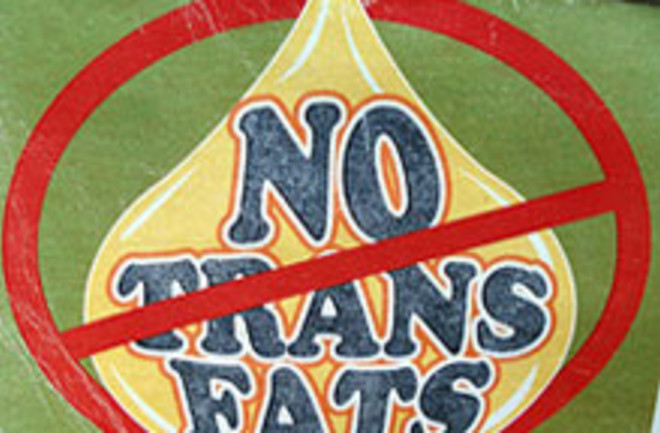 New York City made another attempt to improve the health of its citizens yesterday, as a ban on trans fats in the city's restaurants, cafeterias, and even hot dog and pretzel stands took full effect. Trans fat, also known as partially hydrogenated vegetable oil, is linked to clogged arteries and heart disease. But restaurants have found many uses for the man-made vegetable shortenings and oils, which give pastry its flakiness and french fries their crispiness. It's the first such ban by a major U.S. city, and most give credit for the idea to New York Mayor Michael Bloomberg, who has been on a health crusade during his tenure in office.

He banned smoking in bars and restaurants during his first term.... New York restaurant chains were recently ordered to start listing calorie information on their menus [Telegraph]. The first phase of the trans fat ban took effect last year, when restaurants were ordered to stop using them in cooking oils and spreads. Now, after a short grace period, any restaurant found using any trans fats will be fined up to $2,000.

However, the ban isn't a silver bullet. To keep the flavor and texture of beloved food items the same, many chefs are simply switching to other saturated fats,

including natural fats like butter or lard, palm oil, and a growing list of new oil blends.... Some research suggests those fats might be just as bad for you as trans fats [AP].