Touching a Boo-Boo Really Does Make It Feel Better 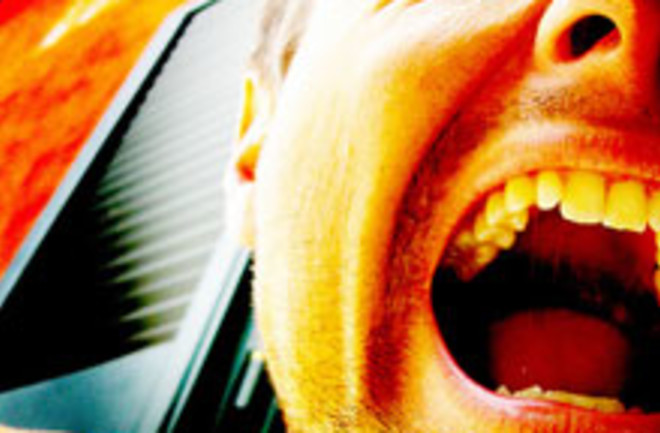 Clutching an injury does make it feel better, according to a study published in Current Biology, reducing the pain on average 64 percent. But only if the injured party is the one doing the clutching (insert your own self-touching joke here). It doesn't work if someone else does it. Study coauthor Marjolein Kammers explained to the Daily Mail what this means:

"Pain isn't just the signals coming from the body to the brain, but it is also the way the brain processes those signals,'' she said.

To test this, the Kammers and her team used a classical pain test called the thermal grill illusion

, which causes pain without injuring someone. It creates a pain sensation by exploiting the brain's natural interpretation of mixed signals. The researchers dunked each subjects' two hands in to water of different temperatures (no, they did not wet the bed) to cause the sensation. The index and ring fingers were stuck into warm water (109 degrees Fahrenheit) and the middle fingers into cool water (57 degrees Fahrenheit). The brain interprets this as a majorly painful dip in HOT water for the middle fingers. After the painful stimulus a researcher either held the subject's hands, let the subject press their hands together, or only let the subject touch one or two of their fingers together. Lead researcher Patrick Haggard told BBC News

that subjects gained the most relief from pressing their two hands together, and that this touch was enough to update the brain's map of the body:

"We showed that levels of acute pain depend not just on the signals sent to the brain, but also on how the brain integrates these signals into a coherent representation of the body as a whole."

The map helps your brain process the pain, but we aren't sure how this works, Kammers told Nature

“We don’t fully understand yet all the brain mechanisms that underlie the creation of the body representation, or how the brain maintains the current state of the body,” she says. “We think the reason why full touch works is that you need lots of sensory channels to update” the representation.

, when an amputee feels pain coming from their missing limb. One treatment of such amputees is placing them in a mirror box

so it looks like they have two limbs; this allows them to move and stretch the non-existent limb, which can trick the brain into thinking the limb isn't in pain. Related content: Discoblog: Bizarre Disorder Makes People Want to Sever Their Own Limbs

Not Exactly Rocket Science: When pain is pleasant