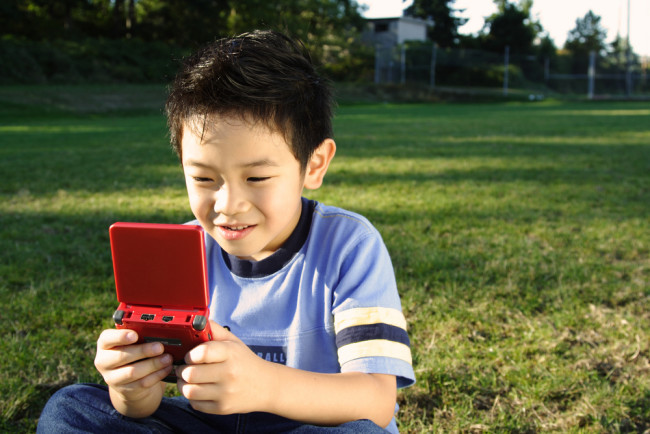 I was a gamer kid. Heck, I still am a gamer kid. And like any form of media, old or new, video games have had their fair share of negative airtime. Much like how comic books were vilified in the 1950s for corroding young and impressionable minds (although the research behind those claims is now in dispute

), video games are similarly being scrutinized for their effects on development and behavior. But a relatively new branch of science is focusing on the therapeutic aspects of video games. This new generation of researchers who have grown up with video games are starting to use their unique mix of skills to look into the possibility of improving people's lives through gaming. And there’s three promising areas where games appear to have a unique leg up on traditional therapies.

finds that video games can be therapeutic in what first seems like an unlikely context: treating dyslexia. Researchers tested the reading and attentional skills of kids with dyslexia before and after playing video games over the course of nine separate 80-minute sessions. They found that action video games, specifically, left the kids able to read faster and better able to focus their attention. In fact, those 12 total hours of video games play did just as much, or more, for reading skills than demanding traditional reading therapies. Attention and reading skills probably go hand in hand, the researchers say. "Visual attention deficits are surprisingly way more predictive of future reading disorders than are language abilities at the prereading stage," said study author Andrea Facoetti of the University of Padua in Italy. By improving visual attention, then, games can address this root cause of dyslexia. A different kind of attention control can be useful for combating pain. Back in 2003, researchers at the University of Washington’s HITlab

to help patients with severe burns. The game is built on the idea that pain competes with other mental stimuli for our limited amount of attention. In SnowWorld, players move around an environment full of things like penguins, snowmen and woolly mammoths, which they have to shoot with snowballs, and all the while, Paul Simon songs are playing in the background. So much is going on that patients haven’t got much attentional capacity left over to think about anything else. And because they can’t devote any resources to thinking about their burns, amazingly, they report feeling less pain.

World of Warcraft blog. “They provide much more than just a feedback and reward system. Game-based elements also include a storyline and plot, which can provide a motivation and reasoning for why you are doing that behavior.” Whyte is working on a project that will develop game-based interventions for individuals with autism. By helping to improve abilities such as making eye contact with other people and understanding emotional expressions in faces, the hope is that games will help autistic individuals to improve their interpersonal skills. Without story, game-based therapies are very often incredibly dry. “Most existing interventions tend to stick the reward piece from games onto existing tasks that are boring and repetitive, but they don’t really have a plot and storyline,” explains Elisabeth. For example, imagine a task in which you’re shown a scene, and you have to identify what a person in the scene is feeling---maybe they look sad. If you correctly complete the trial, you get a reward in the shape of positive feedback (“Well done! You earned 10 points!”). The problem is that tasks like this often involve a large number of repeated trials, and by the time a participant gets to the end, the game has lost all meaning---who cares if the girl is sad or not, anyway? So instead, imagine a game in which the task is the same as before, but it’s now couched within a detective story. When you correctly identify what emotion the character is feeling, the person gets logged as a witness in a case investigating a bank robbery. Once you correctly identify 10 witnesses, you arrest the thief, and for every 10 crooks you apprehend, you get promoted. Rethinking the way in which experimental tasks are presented is simple yet effective, and it’s Elisabeth’s background as a gamer that has helped her develop this insight. “It draws on really important elements of game design that aren’t obvious unless you’ve played games such as World of Warcraft and have an understanding of what drives people to spend seven or more years of their life playing this type of role-playing game,” she says.

Finally, that very violence that people decry about video games may in itself have some positive applications---for instance, in battling cancer. The third-person shooter game re-Mission

was developed by non-profit organization HopeLab

in 2006 to help teenagers with cancer. In the game players control a friendly humanoid called Roxxi who flies through the bloodstream of a variety of teen characters suffering from the disease. Roxxi battles bacteria with her built-in gun, doses medication to recalcitrant teens, and blasts cancerous cells. Along the way, players learn about lots of different aspects of cancer that can be quite scary---chemotherapy, taking antibiotics, techniques to prevent mucositis, and so on---in a completely non-threatening environment. In a 2008 randomized controlled trial

looking at the effectiveness of the game, researchers found that players not only knew more about cancer, but were more likely to keep up with their chemotherapy and antibiotic treatments. In other words, including video game play had a hugely positive impact on factors relating to their survival. So, like anything in science, the story of how video games affect us is a complex one. Yes, there are issues concerning problematic gaming use

, and the question of whether violent video games have negative effects on behavior is still under intense debate. As a result it’s easy to lose sight of the fact that ‘video game’ isn’t a one-dimensional entity---and that games can be a force for good, significantly improving the lives of people with diseases in brave new ways.