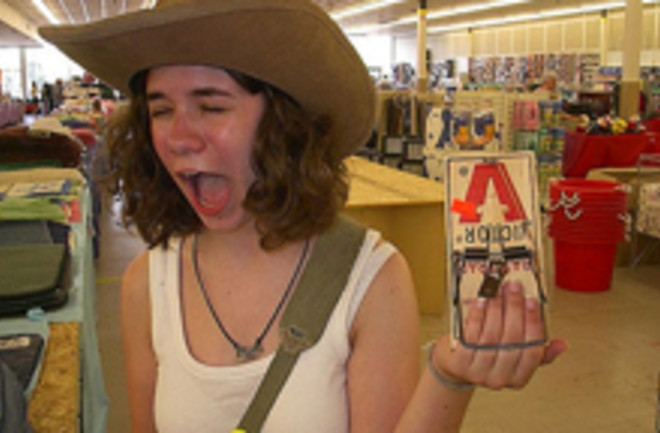 According to one of the stranger pieces of research in Nature Methods this month, humans aren't the only ones to show discomfort via their facial expressions: Mice also grimace when they've been physically hurt. This is the first study (at least, the first formal study) to examine non-human facial expressions in response to pain. Unfortunately, experiments essentially consisted of "expert expression-spotters" watching mice's faces while they were in pain, such as when injected with acid. The furry creatures narrow their eyes, puff out their cheeks and move their whiskers in response to pain, and more severe pain caused stronger grimaces in the animals. In fact, the authors were able to come up with the aptly named Mouse Grimace Scale, or MGS, but not without putting a few poor rodents through plenty of trials, according to Nature News:

Grimaces were most pronounced for pain that lasted for a matter of minutes or hours, and for discomfort in joints and internal organs. Superficial harm such as immersing the tail in hot water evoked fewer grimaces. Mice and humans show similar variability in pain response, Mogil says. Pained expressions differed from those associated with stress and illness, the team found. In addition, more harmful stimuli drew more pronounced grimaces, and pain relievers diminished them.

The researchers say they're confident that the pain scale will hold true for other mammals, and that these discoveries can help evaluate whether certain doses medication or painkillers in animals really work. Here's hoping those mice didn't suffer in vain, and that the study results will be to the benefit of all mouse- and animal-kind. Image: