These patient cases from an emergency room in New York City show the coronavirus affects more than the lungs. The heart can also suffer. 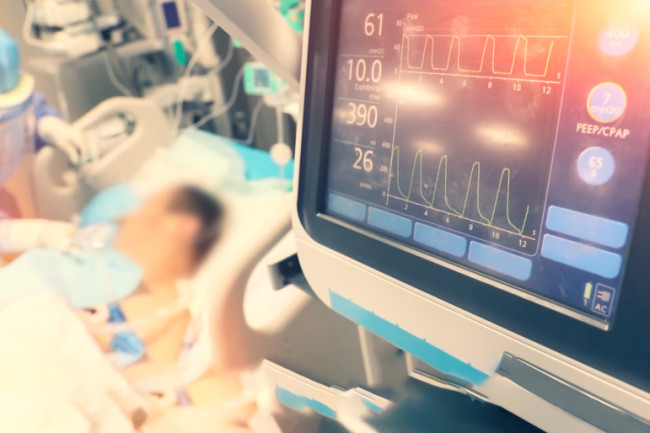 Editor’s Note: Tony Dajer has practiced emergency medicine for 25 years in New York City. He’s a frequent physician-writer for Discover’s popular medical mystery column, Vital Signs. Here, he writes about three of his recent ER patients, and what that might say about COVID-19’s effects on the heart.

The red digits glared from the central monitor. Was the new patient’s heart rate really 180 beats per minute? Twice normal, a pulse of 180 usually signifies a patient in extremis. But no one was running: not the residents, not the nurses. I glided over. The 62-year-old man in room 5 looked surprisingly OK. The monitor flashed a normal blood pressure and oxygen saturation.

“How do you feel?” I gingerly asked.

“Sore throat, Doctor. Been bothering me all week.”

“No shortness of breath or chest pain?”

“Have you seen a doctor?”

“A week ago. They gave me an antibiotic. And these.”

He held a potent beta-blocker, which can slow the heart. Now I was confused. People his age rarely get strep throat. Plus, his throat looked fine. Absent a diagnosis, you don’t just throw a beta-blocker at a fast heartbeat.

“Any other medical problems recently?”

“I had COVID three weeks ago, but I’ve been getting better.”

Corralling the residents, I ordered an immediate EKG and lab tests. The EKG showed atrial fibrillation, or A-fib, a common enough arrhythmia, but one that hits a heart rate of 180 only in the sickest patients.

“Let’s start IV diltiazem,” I suggested to Vera, the senior resident. The drug slows conduction between the atria — where A-fib originates — and the ventricles.

“You think he’s been walking around with the A-fib all week and only feeling it as a ‘sore throat?’ ” Vera asked. “No palpitations or breathlessness?”

“Looks that way,” I answered. “These COVID heart complications are starting to pop up all over the place. They can come early, late or in between. Worse, they always seem to present atypically.”

We got his heart rate under control. Further studies showed it wasn’t just A-fib. COVID-19 had damaged his heart muscle so badly it was operating at less than half its normal squeeze.

Two other cardiac cases impressed me — and blew away the idiotic notion that young people are immune to COVID-19. Or that it only affects lungs.

A healthy 26-year-old had come in complaining of left neck pain, and nothing else: no chest pain, no shortness of breath, no fever. He couldn’t remember an injury, but people get cricks in their necks all the time. The plan was to give him Motrin and discharge. Two days later, he was back with chest pain, shortness of breath and a new fever. An EKG showed damage to the heart muscle; abnormal blood levels of cardiac enzymes confirmed cell damage. His COVID-19 test was positive.

The diagnosis was myocarditis, a direct viral attack on the heart. After a week in the hospital he stabilized, but tests of cardiac function showed loss of a third of his heart’s pumping capacity. Compared with other COVID-19 patients who go into heart failure so dire they must be put on a heart bypass machine, he was lucky.

The third case was a 31-year-old whose chest was burning when he woke up one morning. Two hours later, it hadn’t gone away so he called 911. The EKG showed a full-blown heart attack. Whisked to the catheterization lab, the blocked artery was opened with a stent. He too tested COVID-positive. But 31-year-olds aren’t supposed to get heart attacks.

COVID-19 assaults the heart on two main fronts: excessive clotting and runaway inflammation. The clotting can plug arteries to any organ, causing strokes, kidney failure and, of course, heart attacks. The inflammatory process is even more complex, stemming in part from “friendly fire,” the immune system’s attack on the virus. A so-called cytokine storm can damage the heart by causing muscle swelling, stiffness and ultimately scarring. In the 62-year-old’s case, the scarring and irritability led to the fast, unstable A-fib rhythm I gawked at on that monitor.

A German study just published in JAMA Cardiology looked at 100 recovered COVID-19 patients who had had serious respiratory symptoms. Months later, over half also showed heart damage, based on MRI and cardiac enzyme evidence.

In a final evil twist, COVID-19 doesn’t even have to infect you to wreak mischief.

The last case won’t make it into the national COVID-19 tally, but it should. A 58-year-old female smoker was terrified of catching the virus and had been sheltering at home. Developing chest pains so intense, she finally dragged herself to the ER and registered, only to flee home five minutes later.

The next day, the pains grew unbearable so — not daring to call an ambulance — she staggered back. An EKG showed a possible heart attack. In the catheterization lab, her coronary arteries were clean. An echocardiogram showed the heart muscle thinning and ballooning that’s typical of Takotsubo myocarditis, or what’s called broken heart syndrome. Thought to stem from a stress-induced adrenaline storm, it can permanently weaken the heart.

Her COVID-19 test was negative. 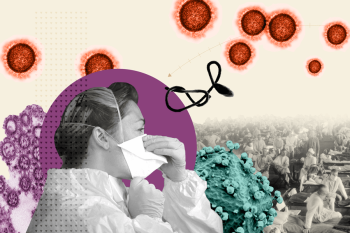 HealthThe U.S. Isn’t in a Second Wave of Coronavirus — The First Wave Never Ended
Recommendations From Our Store