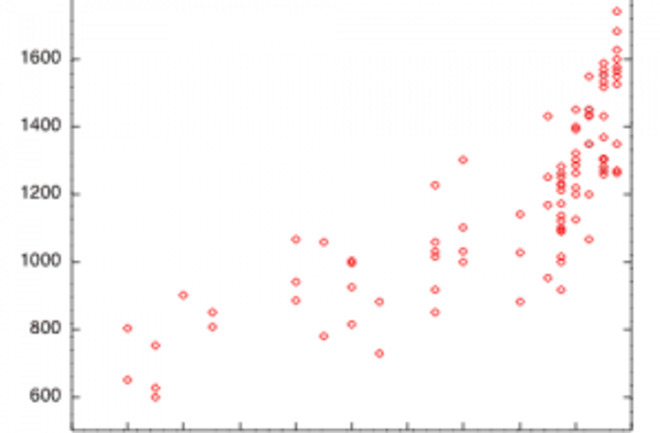 John Hawks has an excellent post rebutting some misinformation and confusion on the part of Colin Blakemore, an Oxford neurobiologist. Blakemore asserts that: * There was a sharp spike in cranial capacity ~200,000 years ago, on the order of 30% * And, that the large brain was not deleterious despite its large caloric footprint (25% of our calories service the brain) because the "environment of early humans was so clement and rich in resources" Hawks refutes the first by simply reposting the chart the above (x axis = years before present, y axis = cranial capacity). It's rather straightforward, I don't know the paleoanthropology with any great depth, but the gradual rise in hominin cranial capacity has always been a "mystery" waiting to be solved (see Grooming, Gossip, and the Evolution of Language and The Mating Mind: How Sexual Choice Shaped the Evolution of Human Nature). Blakemore may have new data, but as they say, "bring it." Until then the consensus is what it is (the hominins with the greatest cranial capacities for what it's worth were Neandertals, and even anatomically modern humans have tended toward smaller cranial capacities since the end of the last Ice Age along with a general trend toward smaller size). But the second issue is particularly confusing, as Blakemore should have taken an ecology course at some point in his eduction if he's a biologist (though perhaps not). One of the problems that I often have with biologists is that they are exceedingly Malthusian in their thinking, and so have a difficult time internalizing the contemporary realities of post-Malthusian economics (see Knowledge and the Wealth of Nations: A Story of Economic Discovery).Innovation and economic growth combined with declining population growth have changed the game in fundamental ways. And yet still the biological predisposition to think in Malthusian terms is correct for our species for almost its whole history.* A "tropical paradise" is only a tropical paradise if you have a modicum of affluence, leisure, and, modern medicine. Easter Island is to a great extent a reductio ad absurdum of pre-modern man and gifted with a clement regime. Easter Island's weather is mild, the monthly low is 18/65 °C/°F and the monthly high is 28/82 °C/°F. The rainfall is 1,118/44 mm/in. But constrained on an island the original Polynesians famously transformed it into a Malthusian case-study. We literally breed up to the limits of growth, squeezing ourselves against the margins of subsistence. I can think of only one way in which Blakemore's thesis that the environment of early humans was rich in resources might hold, at least on a per capita basis: the anatomically modern humans of Africa exhibited bourgeois values and had low time preference. In other words, their population was always kept below ecological carrying capacity through forethought and social planning, since there is no evidence for much technological innovation which would have resulted in economic growth to generate surplus. My main qualm with this thesis is that it seems to put the cart before the horse, since one presupposes that a robust modern cognitive capacity is usually necessary for this sort of behavior. * Malthus' biggest mistake was probably that he did not anticipate the demographic transition, whereby gains in economic growth were not absorbed by gains in population.