People with Li-Fraumeni syndrome are susceptible to developing multiple types of early onset cancer. Researchers are working to find a way to make life easier for these patients. 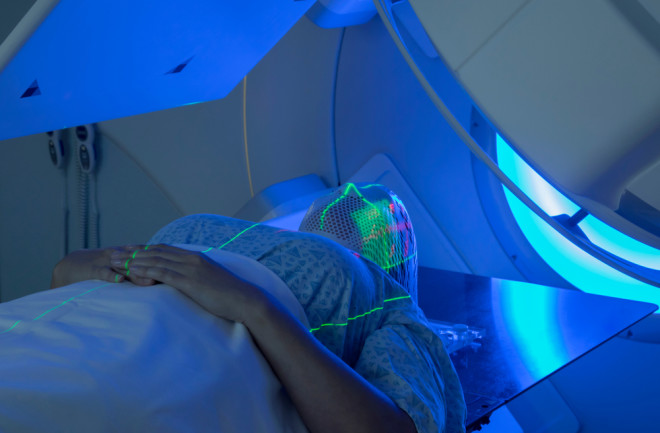 Two-time cancer survivor JulieAnn Villa remembers her first genetic test in 2004, when she was 27. Her older brother had previously survived acute lymphoblastic leukemia, a rare cancer of the blood and bone marrow, when he was 13. A few years earlier, her cousin, who grew up two blocks away, received a stage IV breast cancer diagnosis at age 27. It seemed like a trend.

“I just thought, I want to do everything preventative that I can. I had my first mammogram at 25,” Villa says. Her genetic results came back inconclusive. She didn’t have a mutation in BRCA1, BRCA2 or HER2, three of the most common breast cancer-related genes.

But in 2010, Villa received her first cancer diagnosis. After two years of bloody stool and doctors telling her she had hemorrhoids, she finally lost enough blood that she felt too dizzy to stand. Her doctor sent her for a colonoscopy, and immediately knew: It was rectal cancer. She was supposed to run the Chicago Marathon on 10/10/10, but ended up receiving chemotherapy.

Her doctors ordered another, more in-depth genetic test in 2011. This time, they told her she had a “variation of unknown significance” in a gene called TP53. A second cancer, this time in her jaw, came and went in 2015. It wouldn’t be until 2020 that she’d learn she had Li-Fraumeni syndrome, a rare, heritable condition that causes an ultra-heightened susceptibility to cancer, especially in young people.

Less than a year after her diagnosis with LFS, Villa’s doctors found a malignant tumor on her pelvis — her third cancer. She’s 46.

Cancer in the Family

Li-Fraumeni (rhymes with “genie”) syndrome was first described in 1969 by two investigators at the National Cancer Institute, Fred Li and Joe Fraumeni. At the time, the duo described four families with a higher-than-expected incidence rate of cancer, especially in young people. They noticed multiple incidences of sarcomas — rare cancers that originate in soft tissues and bones — in the children, as well as breast cancers in adults under 30. Following up with the families in 1981, 10 of the 31 surviving family members had received a combined 16 additional cancer diagnoses. Not recurrences or relapses of previous cancers, but entirely new ones.

Researchers could tell by investigating family histories that the syndrome was heritable, and seemed to follow an autosomal dominant pattern of inheritance. This means that it only takes one faulty gene (out of the two copies we have of each gene) to experience Li-Fraumeni syndrome. So if one parent has the mutation, each child has a 50/50 chance of inheriting it. By 1990, researchers had identified the gene in question: One called p53 that, among other roles in the body’s cells, helps suppress tumors.

The Guardian of the Genome

This wasn’t the first time that researchers noticed the p53, now more commonly called TP53, gene. It was already known as one of the most commonly mutated genes found in patients’ cancer tissues. At first scientists thought TP53 was an oncogene, meaning that mutations within it would cause cancer. But they soon learned that the properly working gene can actually help prevent cancer because it regulates and suppresses certain activities in the cell.

As far as individual genes go, TP53 is kind of a big deal. “It’s considered the guardian of the genome,” says Sharon Savage, clinical director of the Division of Cancer Epidemiology and Genetics (which Fraumeni founded) at the National Cancer Institute. “We say it’s the center of the universe, and it really kind of is.”

That’s because this gene plays a role in all sorts of critical cell processes: cell metabolism, DNA repair, cell death, metabolism in the mitochondria, regulation of the cell cycle and more. Perhaps most importantly of all: TP53 makes sure that cells are only dividing and replicating when they’re supposed to. When a mutation turns this function off, and cell division can continue unchecked, it can result in a tumor.

Finding that TP53 mutations could lead to cancer was nothing new, but realizing that some people had the mutations in their germline, meaning it was in all their cells since birth, was. About 30 percent of Li-Fraumeni patients don’t have the genetic mutation, but it was still a major lead. Thanks to decades of research on TP53 and its ties to cancer in the general population, Li-Fraumeni researchers received a major head start toward understanding the condition.

A TP53 mutation doesn’t guarantee that a person will have cancer because the body has other methods to keep cell growth in check. But it does greatly increase the risk that cells will turn cancerous — so much so that people with LFS can experience multiple unique cancers in their lifetime.

“If you have Li-Fraumeni syndrome, having one cancer doesn’t mean you’re not going to get any others,” says Savage. “In fact, we’ve had people who have gone on to get four, five, six different cancers. Not recurrences — different ones.”

Villa was diagnosed with her third cancer, a sarcoma originating in the bone, this past March. She says that to her, new cancers actually feel less alarming than the return of a previous cancer would. “A recurrence is scarier because it means it’s back, and [the treatment] didn’t work,” she explains.

Still, this most recent diagnosis hit her the hardest. “What’s bad in this case is where it is,” she says. “I’m going to lose half my pelvis.” Villa, a marathon runner, is scheduled for an internal hemipelvectomy, an aggressive procedure to remove the tumor while preserving her leg.

The Latest in Li-Fraumeni Research

Although we know of a genetic root, research still has a long way to go to understand Li-Fraumeni syndrome, says Savage. Even among individuals and families that have the pathogenic version of TP53 in their genome, there’s still a wide range of variation in which cancers they get, how old they are when their first cancer surfaces, and how many cancers they will develop throughout their lifetime. Do specific mutations in TP53 lead to specific cancers? When do people with the same pathogenic versions of TP53 get different types of cancers?

Savage’s research group is working to solve these types of questions with a huge ongoing study that they launched in 2011. It involves over 200 families, with more than 700 affected people overall. Ultimately, they’re hoping to analyze Li-Fraumeni syndrome and TP53 mutations from every angle.

For starters, their work has already uncovered basic stats about the condition. In the cohort, 50 percent of people with the TP53 variant had received at least one cancer diagnosis by the age of 31 for women and 46 for men. By age 70, the occurrence reached nearly 100 percent. Women were at their highest cancer risk after age 20, mostly due to breast cancer diagnoses, while men faced the opposite scenario — it’s more likely in childhood and again in later adulthood. Half of those who developed one cancer developed at least one more within a decade.

They’ve also learned that women with TP53 mutations who breastfed children for at least seven cumulative months experienced a 43 percent reduction in their risk of developing breast cancer. “Most remarkably, the longer a woman with Li-Fraumeni syndrome breastfed, the less her risk of breast cancer was,” Savage explains. “It’s most likely connected to hormones and changes in the breast architecture that happen during breastfeeding.”

Genetic testing associated with disease can be complicated. If you had a genetic condition that would significantly affect your life after a certain age, or dramatically decrease your life expectancy — would you want to know in advance? If you had a 50 percent chance of passing it on to your children, would you want to know before you decided to have kids? These sorts of questions are terribly hard to answer, and will certainly vary from person to person.

But TP53 is a bit of a different story compared to other genes like HTT, which causes Huntington’s Disease. The TP53 variant affects risk of cancer, but doesn’t guarantee you’ll get it. And cancer itself is highly variable, can be highly survivable and is easier to beat the earlier you diagnose it. Since most children and young adults — and their doctors — aren’t usually on the lookout for cancer, a person who knows they have the mutation can undergo regular screenings that increase their odds of catching it early and, in turn, surviving.

“I find science very empowering,” Villa explains. “If I didn’t know [about LFS], I would just keep getting cancer, and they wouldn’t be hyper-vigilant about it, and when they did find it, it would be much further along.”

What’s more, knowing a patient has a genetic variant that affects the body’s ability to repair DNA — like TP53 — can affect doctor’s decisions about cancer treatments like radiation, and other procedures like CT scans, that can damage genetic material.

Villa says that when she had rectal cancer, she received radiation on her pelvis. Now, she has cancer in that same area. Though it’s impossible to prove the link, one has to wonder.

Villa says her family members have been reluctant to get tested — even the ones who have already survived their first early-onset cancer. One worried test results would affect their life insurance. Currently, it’s illegal for insurers to change an existing policy after new information comes to light, though certain genetic results could indeed increase premiums for any future policies. Other family members, she says, just haven’t been responsive to the conversation.

“I want my family to get tested, but they prefer not to,” says Villa. “If I were to have children, I would talk to them about it. [I’d say,] ‘We carry early cancer in our family. We also survive it. And that means we go to the doctor every year.’”

More From Discover
Health
Natural Wine and the Debate Over 'Healthy' Alcohol
The Sciences
Why Human Foreskin Is a Hot Commodity in Science
Health
Could This Millennia-Old Remedy Become a Pharmaceutical Marvel?
Health
Menthol Cigarettes Are Getting Banned — Here's Why
Health
Why Is It So Hard to Find a Cure for Cancer?
Health
How At-Home Colorectal Cancer Screening Tests Compare to Colonoscopies
Recommendations From Our Store
My Science ShopDiscover STEM Kits
My Science ShopDiscover 2022 Calendar
My Science ShopStrange Science
My Science ShopElements Flashcards
Shop Now
Stay Curious
Join
Our List