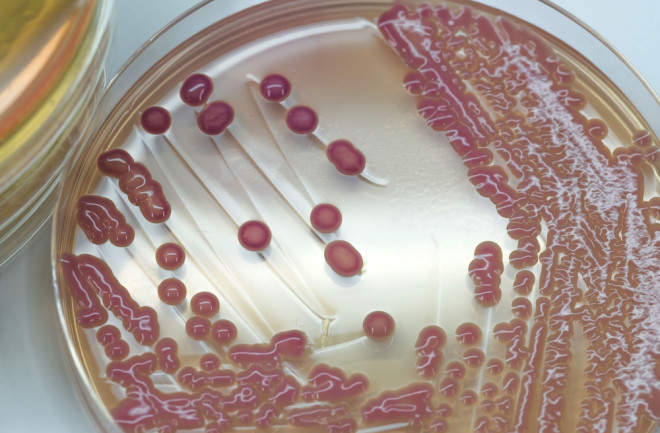 Three years ago, a woman in upstate New York was charged with drunk driving and then exonerated when she proved her high blood alcohol level was the result of a rare condition in which her body brews its own alcohol. At the time, the bizarre story made national headlines. Now, auto-brewery syndrome, as the condition is called, may have helped researchers unlock some of the secrets of a common but little-understood liver disease.

In a new study, scientists discovered that certain strains of a common gut bacteria can produce a ton of alcohol in the body. They also found these bacterial strains might be the connection between ABS and a liver condition known as non-alcoholic fatty liver disease (NAFLD). The findings were published today in the journal Cell Metabolism.

The findings suggest the bacteria could be one cause of this common liver disease — and could be a potential avenue for future treatment, says Jing Yuan, lead author of the study and researcher at the Capital Institute of Pediatrics in Beijing, China.

As the name suggests, non-alcoholic fatty liver disease is defined by the accumulation of fat in the liver of someone who drinks little to no alcohol. If the condition progresses, the liver can become scarred and the organ can fail, similar to liver damage caused by alcoholism. Causes of this disease are still not well-known, although it’s thought to afflict about a quarter of the global adult population and has been linked to obesity, high blood sugar, insulin resistance, and high levels of fats in the blood. Many people with NAFLD don’t show any symptoms.

Auto-brewery syndrome, while much rarer than NAFLD, can cause people with it to get drunk simply after eating a lot of carbohydrates. In typical (but again, rare) cases, an excessive amount of gastrointestinal yeast (the result of an infection, sometimes with the same yeast used to brew beer) will convert all those sugars and starches into ethanol. After a carb-heavy meal, these individuals can get drunk, even if they haven’t had a drop to drink.

So, when Yuan and her colleagues first met a patient with both these conditions, they first tested him for a gastrointestinal yeast infection. But those tests came up negative. Yuan and her team then looked at the patient’s poop, where they found unusual strains of the gut bacteria, Klebsiella pneumoniae. While this type of bacteria is quite common in the human gut, the researchers found the patient had particular varieties that pumped out a lot of alcohol — four to six times the amount generated by other strains. It suggested that a totally new species of microbe could be responsible for getting people drunk without ever drinking — and that the bacteria could produce far more alcohol than the researchers thought possible.

“We were surprised that bacteria can produce so much alcohol,” wrote Yuan in an email. It indicated that there could be a connection between bacterial strains that produce alcohol and a liver disease that mimics the effects of chronic alcohol abuse.

So, researchers looked at the feces of 43 people with NAFLD and of 48 healthy people. Yuan and her team found strains of the bacteria with high- and medium-alcohol producing abilities in about 60 percent of the patients with liver disease. Among the healthy group, only 6 percent of people had those bacterial strains in their stool. None of these NAFLD patients they looked at had ABS, though.

The finding was enough to suggest a connection, but couldn’t prove the bacteria actually caused non-alcoholic fatty liver disease. For that, the researchers turned to mice. For three months, they fed a group of mice the alcohol-producing bacteria isolated from the ABS patient. After one month, the mice started to develop fatty liver and after two, their livers showed signs of scarring. A group of mice fed alcohol over that time showed a similar deterioration of their livers.

These results suggest alcohol-brewing bacteria may indeed be one of the causes of non-alcoholic fatty liver disease. They could also be the source of new therapies for NAFLD. “We think that targeting these bacteria might provide some benefits for treatment of these patients,” said Yuan.

Next, she wants to do a much larger, longer-term study of both adults and children to figure out why some people have this particular strain of bacteria and others do not. Future studies could continue to unlock the impacts of alcohol-brewing bacteria in the body.