Think you know what your dog likes to eat? Think again! 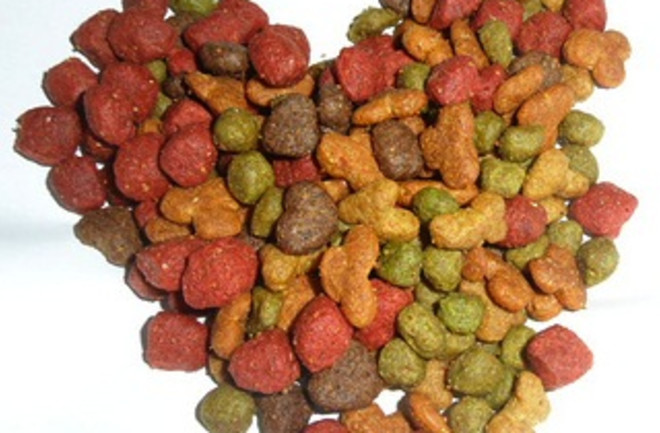 Photo: flickr/nancyg48Every pet owner knows that they know their pets better than anyone. Only they don't. In a laboratory setting, dogs and cats generally like the same things. Cats like to eat fish more than eating rats, and dogs prefer beef over horsemeat. But ask most pet owners, and they will rattle off a laundry list of Mr. FluffyPants' favorite foods. What's going on? Well, it seems that the complex relationship of the pet and owner, and the owner's perception of what the pet likes, actually changes the pet's behavior. Something to keep in mind in a time of growing waistlines, of both men and beasts.Taste preferences and their relation to obesity in dogs and cats. "In the laboratory situation the preferences of dogs and cats for food seem to be relatively uniform. Cats prefer fish and commercial cat food to rats. Dogs prefer beef, pork and lamb to chicken, liver and horsemeat and strongly prefer meat to cereal diets. They prefer canned meat to fresh meat, ground meat to cubed meat and cooked meat to raw meat. Canned or semimoist preparations are preferred to dry ones. Pet dogs have much more variable preferences according to their owner's subjective evaluation. A variety of factors seem to be related in an as yet unknown way to some flavor preferences of pet dogs, i.e. the dog's sex/reproductive status, weight and relationship to owners and the content of the dog's meals. The complicated interaction between (a) a pet's taste, texture and olfactory sensation, (b) its owner's perception of the pet and its preferences and (c) its physical and social environment deserves further investigation. Obesity can result from endocrinological causes such as those following ovariohysterectomy, but most cases appear to be related to owner-induced variables. In a kennel situation most, but not all, dogs can be allowed free access to palatable food without becoming obese."

Related content: NCBI ROFL: How the hell does one end up as a doggy breath odor judge?