Think sloths are cute? How about when they crawl into a latrine and eat your poop? 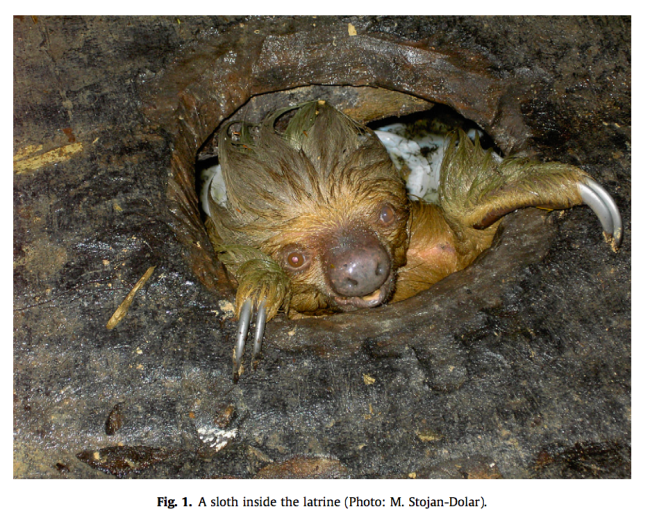