These Healthy Habits Can Protect Your Lungs From Coronavirus

For many Americans, the potential for contracting COVID-19 can be high. Here’s how to offset your risk. 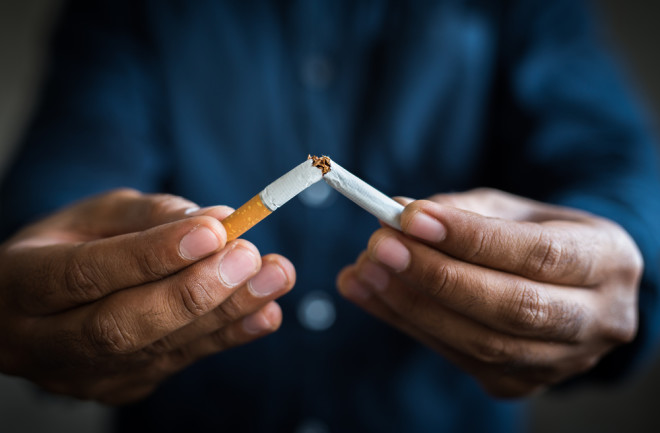 After weeks of lockdown, states across the country are now preparing to lift their orders to shelter in place — a move top health professionals consider premature: Without serological testing and without a vaccine, a return to normal means the number of COVID-19 infections will likely increase.

“There’s not a lot that we know about the virus, since it’s so new,” says physician Bruce Levy, chief of the Division of Pulmonary and Critical Care Medicine at Brigham and Women’s Hospital in Boston. “But it does seem like there are factors that can predispose people to a more severe illness.”

Fortunately, Levy says, “there are things that you can do to improve resistance and lung health.” Here are a few that can strengthen lungs before potential infection hits.

To determine the health of our lungs, Levy says, two functions are in play: lung capacity, which is the amount our lungs can fully expand; and lung function, which is how efficiently they can process oxygen and distribute it to the rest of the body. Lung capacity is something we’re born with, but lung function is another story.

“Your lungs grow from birth until about age 25, and then they plateau for a decade,” Levy says. “After that, there’s an aging process where we lose function gradually over time.” Sedentary lifestyles can also worsen lung function, since it results in a loss of muscle tone and endurance, both of which can be reflected by a drop in breathing capacity.

Activities like strength training and cardiovascular exercise can help people get the most out of their lungs and can help increase how efficiently they use oxygen. “Aerobic activity is good for eliminating carbon dioxide, and strength training can help the thoracic cage muscles and core strength, which are important in breathing,” Levy says.

Both types of activity also strengthen the diaphragm and help improve posture. “If someone were to get a severe case [of COVID-19], God forbid, having that strength as a reserve could really help.”

Walking, dancing or jumping rope are just three examples of moderate aerobic activity — anything that moves your body and burns calories has some positive health effect.

Not everyone should start an unmonitored exercise program, however. For the elderly, or for those with physical limitations, Levy recommends deep breathing exercises instead. “Generally, I tell people to take three breaths, as big and deep as they can, every hour on the hour,” he says. “This can help mobilize parts of the lung that are sitting there unused. If parts of your lungs are quiescent, then you’re really setting the stage for secretions to sit there and fester, giving you the perfect environment for pneumonia.”

According to the CDC, a significant portion of people who were admitted to the ICU for respiratory distress were current smokers or had a history of smoking. It’s no big surprise, then, that kicking the habit is crucial for lung health.

“Both cigarette smoking and vaping are linked to lung inflammation and lowered immune function in the lung’s airways,” says physician Albert Rizzo, chief medical officer of the American Lung Association. “These can increase the likelihood of complications if exposed to COVID-19.”

But unlike exercise, smoking cessation is something in which you can see positive health results right away. Just 12 hours after quitting smoking, carbon monoxide levels in the blood return to normal levels, according to the American Lung Association. And after a mere two weeks, lung function can start to improve.

The effects are cumulative, says Rizzo, which means the longer you quit, the more benefit you’ll see — even up to 15 years down the road. A decade after quitting, the risks of specific cancers, such as bladder and lung, are halved, Rizzo says, which is key — cancer and its treatment can compromise a person’s immune system, leaving them at higher risk of COVID-19 complications.

Although we’ve still got a lot to learn about COVID-19, we do know that those with underlying conditions like diabetes and obesity seem to fare far worse. Doctors suspect this could be due to chronic inflammation, which is thought to influence how the body releases inflammatory proteins called cytokines.

While short-term inflammation can actually help heal the body (think swelling that appears after a minor injury and then quickly disappears), chronic inflammation throughout the body can trigger a severe, overreactive immune response called a “cytokine storm” when confronted with a pathogen. Cytokine storms have been known to cause organ damage and even kill patients with influenza, and some doctors think they also are responsible for severe lung damage and death in COVID-19 patients.

Reducing chronic inflammation before sickness strikes can help prevent the risk of a cytokine storm, researchers think. The best way to do that, says Levy, is nutrition, particularly with foods high in antioxidants like fruits and vegetables. “If you can get them, bananas, apples, tomatoes and grapes are all foods that are rich in natural antioxidants and can reduce inflammation over time,” Levy says.

Foods rich in vitamin D and omega-3 fatty acids — found in cold-water fish like salmon — both help boost an immune response before the virus hits. “Building up your immune system and reducing inflammation are both crucial if you’re about to be challenged by a significant viral infection,” Levy says — and COVID-19 certainly qualifies.