There's No Room for VIPs in the ER

A healthy, 20-something man comes to the ER with sharp chest pain and gets VIP treatment. The result leaves him breathless. 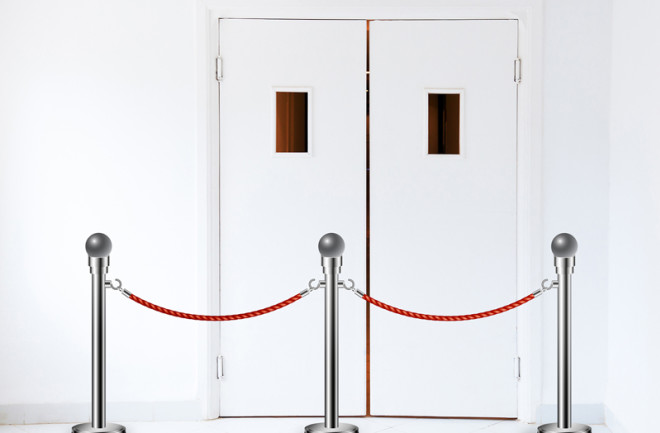 He was dead. His face a terrifying, sweat-slicked white, the young man’s body lolled lifelessly on the emergency room gurney.

Five hours earlier, Marty had walked in a strong, healthy 27-year-old. His only worry: some sharp pains in the left side of his chest that started two days earlier. He figured it might be a muscle pull from weightlifting. But then it spread.

“Any shortness of breath?” I asked.

“Pain down your arm?”

Marty was young for heart disease, but he was a smoker, I reminded myself.

“OK. Let’s take a listen.” With his shirt off, Marty’s compact frame bulged. On the left side, the sound of his breathing came through only faintly. Too much muscle? I wondered. But the right side sounded normal.

I stopped and asked, “You sure, no shortness of breath?”

Many diseases can cause decreased airflow into the lungs, from fluid to tumors to a collapsed lung, so I held off guessing until the chest X-ray came back.

When it did, the right side showed rib shadows framing a normal, fuzzy gray lung. On the left side, there was almost no gray.

“Look,” I said to a nearby intern. “See the dropped lung? It’s the white clump at the center surrounded by black empty space. He’s been walking around with that for two days. No shortness of breath. Amazing.”

Truth is, healthy young people can get by with only one working lung, as long as they don’t try to run up a flight of stairs. Marty’s blood oxygen saturation was a normal 98 percent.

“You have a pneumothorax,” I announced to my patient.

His expression changed to mildly quizzical.

“That’s a collapsed lung. The chest wall and lung normally stick together like panes of glass bonded by a drop of water. They can slide, but don’t easily pull apart. A pneumothorax happens when you get hit, or you’re too tall and thin, or you have emphysema scars, and the lung gets pulled away from the chest wall. Smoking doesn’t help, either. The cure is a chest tube that we place between your ribs into the chest cavity. It hooks up to suction, pulls out whatever air has accumulated and re-expands your lung.”

I paused. “We’ll numb up the area as best we can, but it will hurt.”

“Not much choice, then?” Marty mused.

ER doctors can place chest tubes, but in my hospital we let the surgery residents do it under careful supervision. It’s an essential skill they must master. Plus, they will manage the patient during the rest of their time upstairs.

“I’ll call the team down,” I told Marty.

Good pickup, I thought to myself. Those breath sounds hadn’t been all that abnormal. Now it was a slam dunk case.

I grabbed a phone.

To my surprise, a colleague appeared with a nurse at his side. She was Marty’s mother and worked upstairs. They got right to it.

“We’d like an attending to put in the chest tube,” my colleague said.

Marty became an instant VIP. Attendings are senior doctors, but the nearest thoracic surgeon who could be officially consulted was scrubbed in to a complex procedure in the OR. I called several of our general surgeons and asked for a favor. None could come.

“The thoracic attendings are all in the operating room,” I told them. “They’re in the middle of cases. Could take a while.”

Treating a VIP is a no-win proposition. The very notion — already undemocratic — implies that standard care is somehow substandard. Worse, it makes doctors self-conscious and disrupts our time-tested routines.

Now, if a resident inserted Marty’s chest tube and a complication occurred — such as a punctured lung or artery — we would all be blamed. But getting the thoracic surgeon there depended on how quickly the other cases could be completed. It could take hours — Marty’s 2-day-old, stable pneumothorax was not technically an emergency.

We kept him right by the nurses’ station. Over the next three hours I glanced in now and then, even calling the surgery resident about getting him upstairs since he was now admitted to the surgery service and no longer officially my patient.

“The equipment is more accessible in the ER,” came the reply. “The attending said he’d be here soon.”

Exactly five hours after he arrived in the ER, Marty’s nurse ran screaming out of the room.

I dashed in, found no pulse and yelled, “A needle! Give me a needle!”

Pneumothorax has an evil twin: tension pneumothorax. If the outer lining of the lung tears and creates a one-way flap-valve, a lethal buildup begins: Each breath, each downward contraction of the diaphragm, pulls air into the windpipe and the bronchi, out through the tear in the lining of the lung and into the space between the lung and chest wall. As more air gets trapped, pressure builds in the chest until it clamps the vena cava at its entry point into the heart’s right atrium, cutting off deoxygenated blood’s return. The fix is a needle in the chest. By letting air escape, pressure inside the chest drops and allows the vena cava to fill again.

Treating a VIP is a no-win proposition. The very notion — already undemocratic — implies that standard care is somehow substandard

A nurse, her hand shaking, thrust an IV catheter at me. I was feeling shaky myself. If a resident had been allowed to place a chest tube hours earlier, Marty would not have needed this emergency procedure. This didn’t have to escalate into a life-or-death situation. So much for VIP treatment.

My target was the space above the third rib on an imaginary line that bisects the collarbone. But Marty’s bulky pectoral muscles made his ribs hard to feel. Fighting panic, I jammed my fingers into muscle to find bone, picked my spot and shoved the needle home.

Marty sprang awake. The surgery team thundered in. A senior resident swiftly pushed a tube through the left middle ribs just below the armpit. A nurse connected the transparent tube to suction. To my shock, a solid scarlet column surged through it.

I had hit an artery.

“Call the blood bank! Two units of O-negative, stat,” I said to the nearest nurse.

I called the chief of surgery, a vascular surgeon.

“Steve, I need your help,” I said very deliberately, then for emphasis threw pride out the window: “I’m scared.”

The clear, plastic reservoir filled to the 1-liter marker, then 1100 cubic centimeters, then 1200. The red in the tube kept coming.

An average person has 5 liters of circulating blood. An acute loss of 1½ liters is dangerous, 2 liters often fatal.

The senior resident came over.

“I think we can hold off transfusing him. The re-expanded lung should seal the hole.”

No, I thought. No one is going to second-guess or override me again.

“I’m giving him two units of blood,” I said evenly. He wisely said nothing.

Through it all, Marty stayed calm, looking more intrigued than scared.

Steve came down and stood by. I kept my eyes glued to the blood pressure monitor. It stayed at a stable 120 systolic. The chest surgeon arrived, looking worried. I explained where we were, then added, “I think he should go to the OR.”

In surgery, after inserting a video scope through the chest tube incision, the surgeon found a small cut to the left subclavian artery, the big vessel that travels up the chest, under the collarbone and into the arm. He repaired it.

Later, in the intensive care unit, I looked again at Marty’s chest. My puncture site had been a half-inch too close to the center, too near the sternum.

I hugged Marty’s mother in relief. He would be OK.

The mystery is why Marty’s tension pneumothorax happened two days after his simple pneumo. The thoracic surgeon found many “blebs” — weak spots on the lung surface likely due to smoking — but the timing baffled him, too. Bad as I felt about the delay, at least the tension pneumo hadn’t happened at home.

Regardless, the ER has a new rule: Nobody, no bloody exceptions, is a VIP.

Unless — no, precisely because — everyone is.

[This article originally appeared in print as "Star Power."]