The young are godless

The Inductivist had a post up bemoaning the cultural liberalism and secularity of today's youth at the same time that I suggested that the culture wars will continue. My reasoning was that polarization still exists, and in fact is greater among the youth than the older cohorts. On the other hand readers observed that the trend is toward more liberalism. One of the major changes over the past generation which has gone under the radar of the media is that rapid rise of disaffiliation. After the 20th century seemed to disprove a strong form of the secularization hypothesis, some began talking about a religious revival. The power of the Christian Right and the prominence of evangelical Christianity in the United States give the public an outward sense that the faith is waxing. Reality is a bit more complicated. I decided to look at the trends across ages in the GSS. I limited this to the 18-75 age range (the N's get small above 75) and whites. The left of each chart are the younger cohorts, and the right the older ones.* 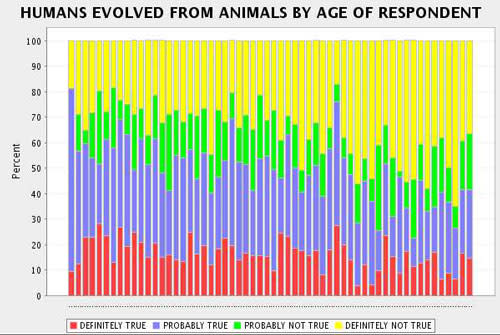 Now let's limit the sample to those who "Know that God Exists": 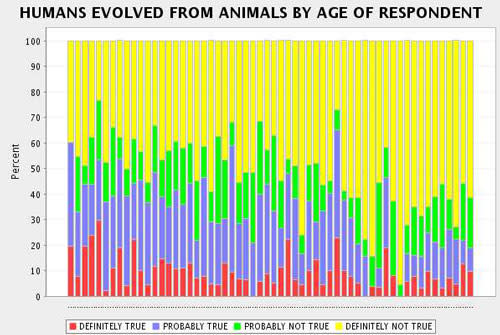 As you can see though the proportions differ, the trendline is the same. Young people are less skeptical of evolution, period. Next, the Bible. 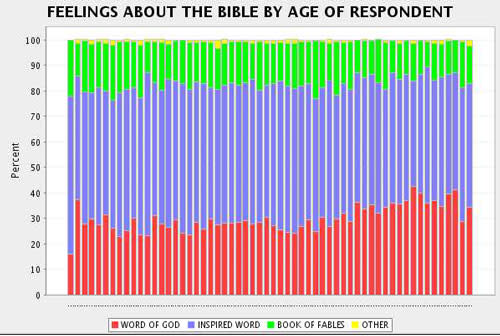 There is a small trend for younger people to be more skeptical of the historicity & divine origin of the Bible. Now let's limit to those who know God exists: 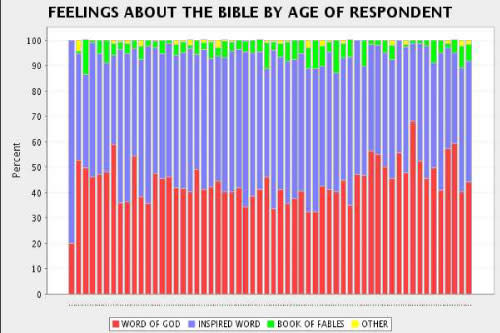 Much less of a trend, if any. Nevertheless the young who believe in God are not more fundamentalist than the old. What about the religious profile of the population? 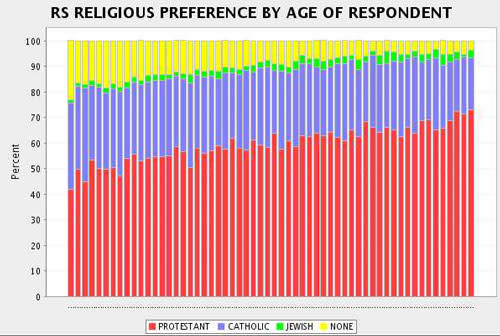 The trend here is unambiguous. Let's limit to those who know that God exists. That is, they express a very high confidence. 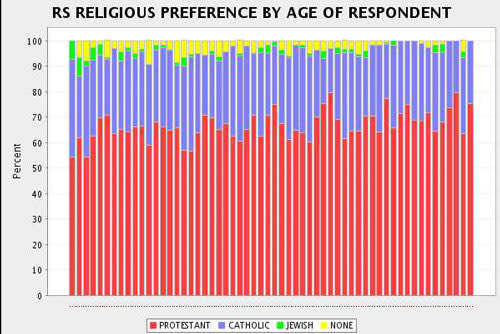 Here's some complementary data from Gallup: 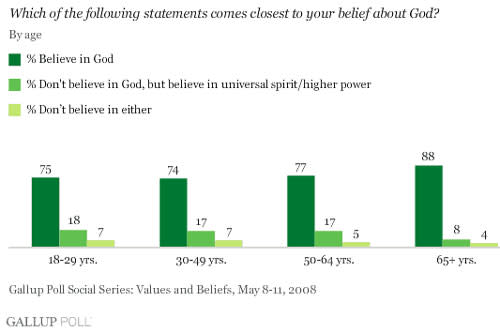 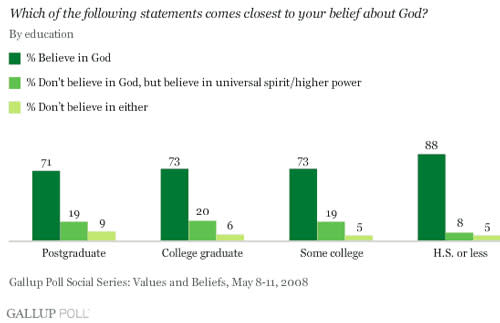 The difference between the young and the old is similar to that between those with postgrad and high school educations. Though there's some drift to atheism on the margins, a more noticeable trend is a shift away from institutional religion in general. Here are the religious affiliations of those in the GSS who are atheists & agnostics: 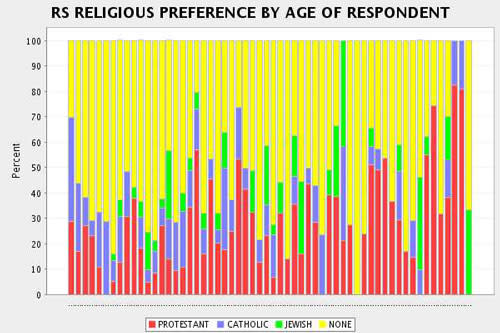 The N's are small in some ages, so there's a lot of noise, but I think it's clear that among the young a smaller proportion of atheists & agnostics avow a religious identity. * Variables AGE, GOD, BIBLE, SCITEST4 and RELIG.