The Weird Quirks of the Male Libido

The refractory period, the prolactin myth and other mysteries of a man’s sex drive. 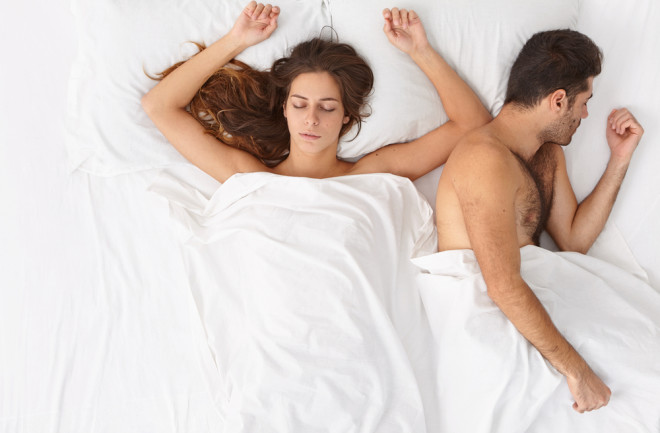 Until very recently, scientists thought they understood the biology of why men need to take a breather after sex — and before going for round two.

A veritable host of studies has long shown that concentrations of a hormone called prolactin spike in men just after they ejaculate. High levels of prolactin are also associated with a lower sex drive in men. Based on this evidence, it was thought that prolactin must be responsible for what’s known as the refractory period, that most mysterious and ill-defined interval of time it takes a man to become aroused again after experiencing an orgasm.

Research into questions like this frequently produces fascinating findings that help us to understand more about the often strange — and occasionally disturbing — idiosyncrasies of male sexuality. For example, some studies have shown that the shape of a man’s face is linked to his sex drive and perceptions of infidelity. Other research has shown that men are far more likely than women to be into fetishes, as well as, sadly, perverse and illegal sexual behavior such as pedophilia.

It’s not just human men who need a bit of downtime between sessions — so do many other animals, from rodents to invertebrates. Susana Lima, a neuroscientist at the Champalimaud Foundation in Portugal, and her colleagues were watching their amorous lab mice when they began to ponder the refractory period.

“How is it that the female is the most interesting thing in the world to the male and then a couple seconds after he has ejaculated, he literally isn’t interested in her at all?” asks Lima, voicing perhaps one of the greatest questions of the ages. “Once we started reading the literature, we realized that the evidence behind prolactin as the cause hadn’t been actually tested in an experimental way.” So that’s exactly what they set out to do. They discovered that we know less about the male refractory period than we previously thought.

A Look at the Prolactin Theory

In a paper published last month in Communications Biology, Lima and her colleagues took two different strains of mice with differing sex drives and tinkered with their prolactin levels. First, the scientists increased the concentration of prolactin in the mice before they were aroused, which they expected would decrease sexual activity. But it didn’t. In a second experiment, the researchers blocked prolactin from being produced, which they expected would increase sexual activity. But, again, it didn’t.

“It caught me by surprise,” confesses Susana Valente, a Ph.D. student at the Champalimaud Foundation, who collaborated with Lima on the research. “We actually wanted to understand the underlying mechanisms by which prolactin sets the refractory period, but we ended up refuting a long-standing theory.”

Any study based on mice needs to be treated with caution when trying to infer its relevance for humans, but Valente says the process of prolactin release during and immediately after sex in mice is very similar to that of humans.

Into the Refractory Mystery

All of this effectively means that science may have to go back to the drawing board to figure out the biological processes responsible for the refractory period. But that’s far from the only mystery surrounding the male libido. For example, scientists don’t even know for sure why there is a refractory period. From an evolutionary perspective, you might be forgiven for thinking that it would be advantageous not to have a refractory period — that way a male could go on to impregnate more females and thus increase his chances of passing on his genes to the next generation.

“There’s a theory that males should space their ejaculations, so they have a decent sperm count when they do it,” explains Lima. “If you only find one mate a week, there’s no point holding any sperm back. So, a refractory period could be a way to replenish your load for the next mate.”

It could also serve as a survival mechanism, according to Valente. “It’s important to have a mechanism that inhibits sexual drive,” she says. “To not die of physical exhaustion.”

The refractory period and its underlying biology are not, by any means, the only unknowns when it comes to men’s sexuality. For example, studies have shown that men are more likely to engage in what are known as “atypical” or “paraphilic” sexual interests. This encompasses a wide range of predilections along a spectrum from more socially acceptable desires, such as cross dressing, all the way through to non-consensual sex with adults, and even pedophilia.

While research has shown that paraphilic interests are more commonplace in men than women, it’s still not at all clear why. “As a general rule, the more illegal and dangerous the behavior, the larger the gender difference,” says Martin Lalumière, a psychologist at the University of Ottawa. “In Canada, about 19 out of 20 people who have been found guilty of a sexual offense are men.”

In 2017, Lalumière asked a sample of 305 men and 710 women to fill out an online survey to gauge their paraphilic interests. Men disclosed that they had engaged in almost all types of paraphilic behaviors more frequently than women did with one noteworthy exception: masochism, which is to achieve sexual satisfaction from one’s own pain or humiliation. Women were 42 percent more likely to acknowledge that they engage in masochism than men. But men held ample leads when it came to the other behaviors. The biggest difference was with scatophilia — playing with feces during sex — where men were 1,157 percent (you read that right) more likely to say that they’ve done that. Exhibitionism and also zoophilia — sex with animals — also saw considerable differences between men and women.

Another bizarre observation scientists have made about the male libido is its association with face shape. In a 2017 study, researchers asked hundreds of undergraduate students to answer surveys about whether they intended to cheat on their current partners or not, along with other questions about their sex drives. They also took headshots, which were then analyzed to determine their facial width-to-height ratio.

“We’ve shown that shorter, wider and boxier faces are indicative of higher sex drives and intended infidelity in men,” says Steven Arnocky, an evolutionary psychologist at Nipissing University in Canada, and author of the study.

On the whole, Arnocky also found that male participants — regardless of the shape of their face — were more likely to report higher sex drives and intended infidelity than female participants. Other studies have also concluded that men tend to be hornier than women. “That’s a pretty well-established finding,” says Arnocky.

Psychologists even have a fairly firm idea of why the sex drive difference exists, but then again, as we’ve seen with prolactin, theories can be debunked with the acquisition of new data. “We do not know for sure, but testosterone has often been suggested as a proximal factor,” says Lalumière. “Men have higher circulating levels of testosterone than women and taking testosterone supplements increases sex drive for both genders.”

Even though more men confessed to thinking about being unfaithful, it doesn’t necessarily mean that men actually are more likely to cheat than women. “Anytime you’re dealing with self-reported data, especially when it’s to do with sexual behavior, then you have the real risk that people won’t be truthful,” explains Arnocky. “Women are more likely to lie about their sexual history in a way that limits it, whereas men tend to over-report it.” Still, it makes for interesting data and it’s not the only study to suggest a link between men’s face shape and their sexual attitudes.

No Reason to Break Up

For anyone learning of this link who may be tempted to scrutinize the facial contours of their boyfriend or husband with more intensity than before, Arnocky has words to calm their unease: “On the whole, intended infidelity was unlikely. It’s not like most men with wide faces were intending to cheat,” he says. It’s just that they were statistically more likely to do so than narrow-faced men. Further research may yield more data.