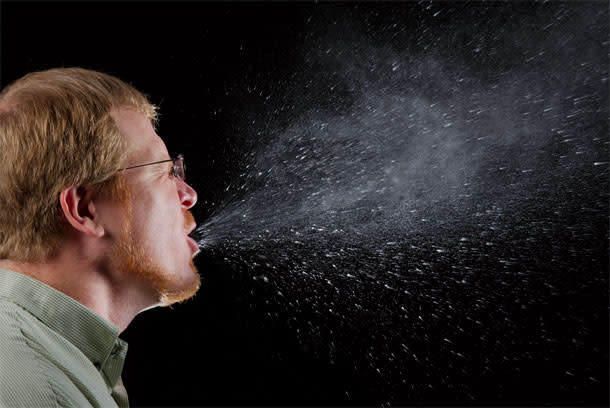 The next time you sneeze at cat dander or suffer through a yearly dose of hay fever, you might want to thank your immune system: scientists have discovered that people with allergies are less likely to contract brain tumors. For the study, published in the journal Cancer Epidemiology, Biomarkers & Prevention, researchers surveyed patients with glioma, a common type of brain and spinal tumor. As Science News reports:

Several teams had previously explored the link between allergies and glioma, says UIC epidemiologist Bridget McCarthy, who led the study. Her team set out to confirm these results, cobbling together a wide list of variables. The researchers quizzed about 1,000 hospital patients with or without cancer about their allergy histories. Of the 344 patients with high-grade glioma, about 35 percent reported having been diagnosed with one or more allergies in their lifetimes, compared with about 46 percent of the 612 cancer-free respondents. About 10 percent of high-grade tumor patients had three or more allergy diagnoses, as opposed to 22 percent of the controls. “The more allergies you have, the more protected you were,” says McCarthy, an oncologist at UIC.

Researchers don't know for sure why this is the case, and this study only demonstrated a link between allergies and reduced glioma risk--it didn't prove that the one causes the other. But the researchers say it's quite plausible that people are protected by their allergies. Science News quotes Baylor Medical College oncologist Michael Scheurer:

“They have an overactive immune system, and maybe that’s been protecting them from the development of tumors,” he says.

Even more intriguing, the scientists found that those who took antihistamines to combat their allergies also had a higher chance of getting glioma. But you shouldn't be worried if you take antihistamines or don't have spring-time sneezes: brain tumors are rare and the study's sample size was small. The findings do, however, back up past research findings that link overactive immune systems with decreased likelihoods of childhood leukemia, colorectal, and pancreatic cancers. So come spring-time, you better count your lucky sneezes. Related Content: Discoblog: Sneezy After Sex? You Could Have Post Orgasmic Illness Syndrome 80beats: Ulcer- and Cancer-Causing Bacteria Also Protects Against Asthma 80beats: A Vaccine to Fight Alzheimer's Fails, but an Allergy Medicine Shows Promise 80beats: Are Antibiotic-Infused Products Causing Allergies in Kids? DISCOVER: Numbers: Allergies, From the Fecund Ragweed to Killer Peanuts