We need plenty of daylight to keep our bodies in check, but COVID-19 lockdowns and night-shift jobs can complicate things. 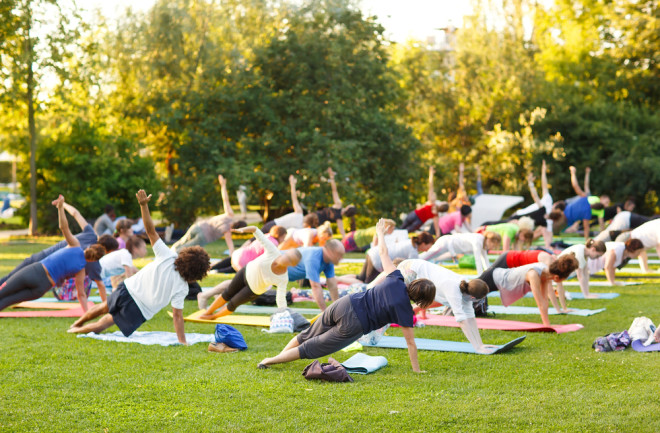 While it may have felt freeing for some people to forego their usually hectic schedules at the start of the COVID-19 pandemic, the lockdowns and stay-at-home orders may have contributed to the phenomenon of "coronasomnia," or sleep problems — particularly insomnia.

One possible explanation: Prolonged lockdowns are associated with insufficient sunlight, or limited exposure to any natural light. Although coronasomnia was often attributed to stress and anxiety, the disruption of light-based cues due to home confinement also played a role in shifting people’s circadian rhythms. UCLA’s Sleep Disorders Center reported a 20 to 30 percent rise in complaints of insomnia in the early stretch of the pandemic, aligning with data from China and France. Insomnia can in turn impair productivity, mood and physical health. But getting enough natural light can improve both sleep quality and a wide range of health outcomes.

For one, sunlight is important in regulating mood. A 2021 Journal of Affective Disorders study analyzed the connection between exposure to outdoor light and the risk of depression by assessing the outcomes of over 400,000 participants from the U.K. Biobank Study.

“These people reported the typical amount of time they [spent] in outdoor light and we found that the more light people got, the less risk they had for developing major depressive disorder and [using] antidepressants,” says study author Sean W. Cain, who leads the Sleep Program at Australia’s Turner Institute for Brain and Mental Health. “We think that the light strengthened the internal clock.”

More broadly, light exposure is absolutely critical in regulating the body’s circadian rhythms, which the NIH defines as physical, behavioral and mental changes that run on a 24-hour cycle. The central brain clock in the hypothalamus receives light input through the eyes, which drives and coordinates rhythms throughout the body, says Ilia Karatsoreos, associate professor of psychological and brain sciences at the University of Massachusetts Amherst.

It also sends information to the various clocks found in nearly every cell, including those found in the areas of the brain that are critical for mood, sleep regulation and cognition, along with various tissues that drive different day and night functions.

“By changing the quantity, quality, and timing of light, the function of this clock can be degraded or augmented,” says Karatsoreos. “If we change how the clock works, then it can have significant effects throughout this complex web of ‘biological timing’ organization.”

The Health Risks of Indoor Days

If a person doesn’t get enough exposure to daytime light, perhaps due to long hours at school or the office, misalignment between the various clocks and the solar day can set off cascading effects.

“Without daytime light, your body is less able to tell day from night,” says Cain. “As different organs in the body have different functions in the day and night, this confusion of day and night leads to general disruption throughout the body. Bright days help our bodies get clear signals, so all of the systems know what to do [and] when.”

For example, sun exposure triggers the production of melatonin in the body, which is the key hormone that regulates the sleep-wake cycle. Insufficient exposure to daytime light is associated with lower levels of melatonin and high levels of cortisol at night, which are linked to minor psychiatric disorders and depressive symptoms. Lack of exposure to sunlight can also lead to various sleep disorders.

“Sunlight is many orders of magnitude more intense and has a much different spectrum than regular indoor office or home lighting,” says Karatsoreos. “So it is much more effective at synchronizing and aligning our clocks than indoor lighting. In addition to the amount and quality of light, the timing of the light is critical. It is important that light is delivered at the right time in the right quantity and with the right qualities.”

In fact, each hour of daytime light is associated with fewer insomnia symptoms and less frequent tiredness. Increasing access to natural daylight in the workplace was also found to improve the sleep and cognitive performance of office workers.

Appropriately-timed bright light exposure is even recommended as a treatment for circadian sleep-wake disorders in individuals with autism spectrum disorder.

Avoiding light at night is as important as getting bright light in the day, Cain says. “Light at night tells the body it is daytime, which leads to disruptions of the clock that are like jet lag,” he explains. “Light at night also causes our melatonin to be low when it should be high. This leads to poorer sleep, lower mood, disrupted metabolism, and generally worse health.”

Modern home lighting environments can throw off sleep and the circadian rhythm, so your sleep set-up should be as dark as possible. According to a recent article published in Proceedings of the National Academy of Sciences, even ambient nighttime light exposure can harm cardiovascular function during sleep and increase insulin resistance the following morning. Repeated nighttime light exposure alters our circadian rhythms, which means that the organs may function less efficiently, says Karatsoreos.

“If you’re a shift worker, first responder, flight attendant, pilot, or have another job that has you active at night — and potentially on a rotating schedule — then you can’t really avoid it, and will need to figure out the best way to keep yourself synchronized while also shifting to your different work schedules as efficiently as possible,” he adds.

Using appropriate mealtimes as a substitute signal for light may work as a potential solution to keep our clocks in line, Karatsoreos says. And although night shift workers' disrupted circadian rhythms still predispose them to obesity and dysregulated metabolisms, light therapy can help reduce the disruptive effects of their unavoidable light exposure at night.

For the general population, it’s crucial to reduce exposure by minimizing sources of light in the bedroom and avoiding electronic devices with bright screens at night. Using smartphones or e-readers before bedtime has been found to delay circadian rhythms, increase the time it takes to fall asleep, and reduce alertness the next morning.

“It’s also important to try to keep your schedule of sleep-wake aligned with your endogenous chronotype as much as you can,” says Karatsoreos. “Regularity here, even on the weekends, is likely a good idea. But in a world that seems constantly sleep-deprived, you might not be able to resist getting those few hours of shut-eye on the weekend.”