The slow decline of trust over time

Yesterday I made an admission of my lack of trust after the 2008 financial crisis. I should have been more precise and clarified that my collapse in trust has been particularly aimed at elites and "experts." In any case, I realized that the General Social Survey has 2010 results available. This means that I could check any changes in public trust and confidence from 2008 to 2010! Below in the set of charts there is one that assesses trust in banks and financial institutions. The direction of change validates my specific implication. But it seems that my intuition was wrong in that American society had slouched toward more general distrust. This makes me less pessimistic about the direction of our culture and the future rationally (I can't say that my visceral emotional cynicism has been abolished). 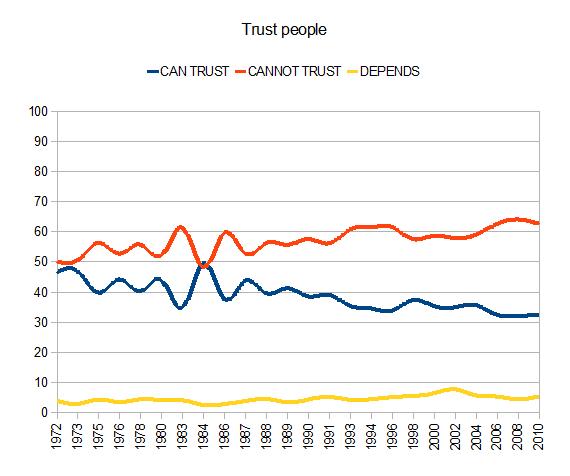 As you can see there wasn't much change between 2008 and 2010. For the broad question of "can you trust people" I also decided to break it down by political ideology, education, and intelligence in two year rages, 1972-1991 and 1992-2010. There are noticeable differences in intelligence and education (less intelligent and less educated people are more distrustful), but not in terms of ideology. After the bar plots there are another range of line graphs by year showing confidence in a range of institutions (including finance) from 1972 to 2010. It is interesting how much you can see short term volatility due to world events, which quickly recedes back toward the trend line. 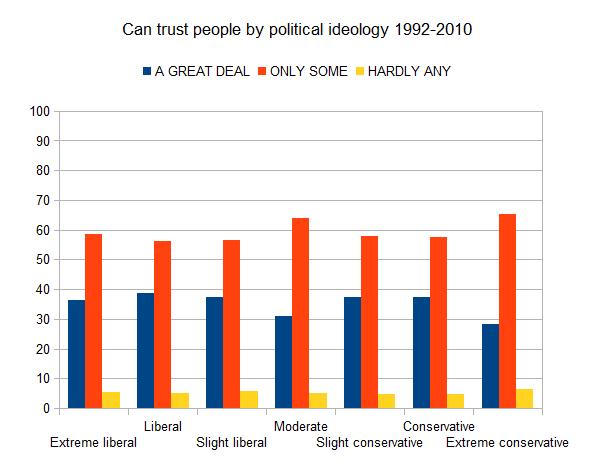 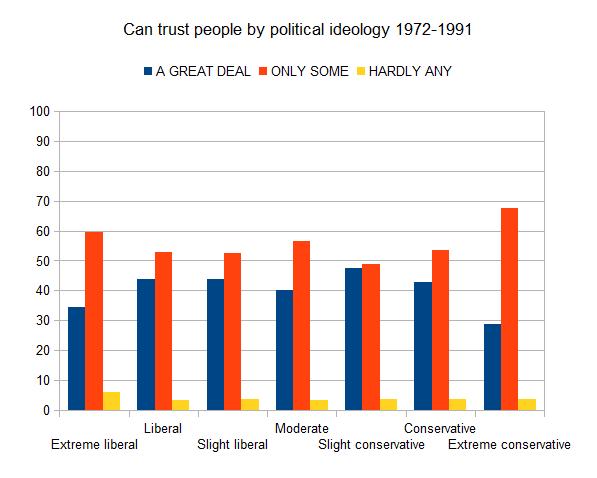 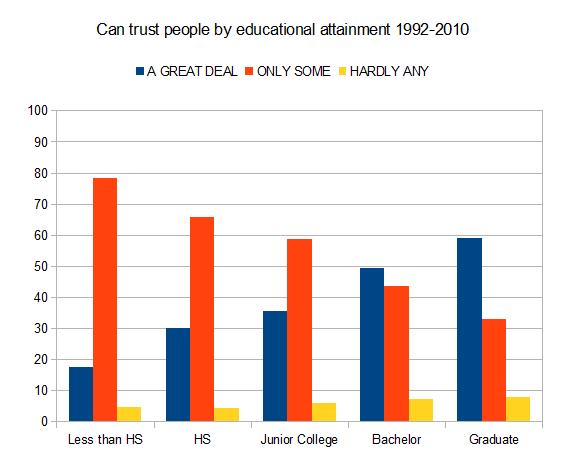 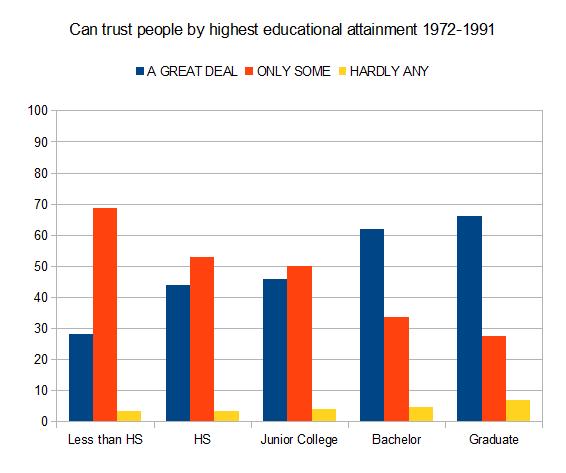 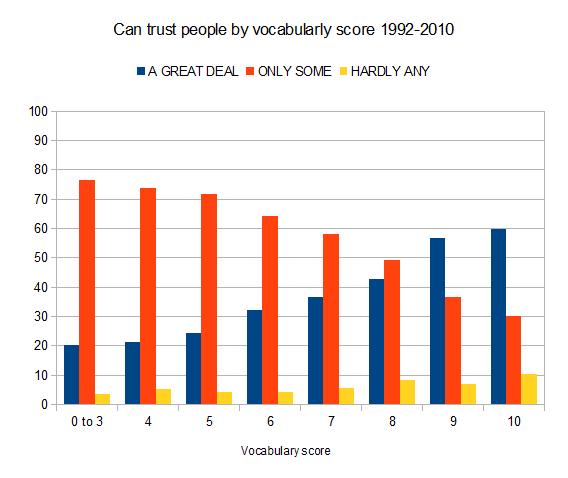 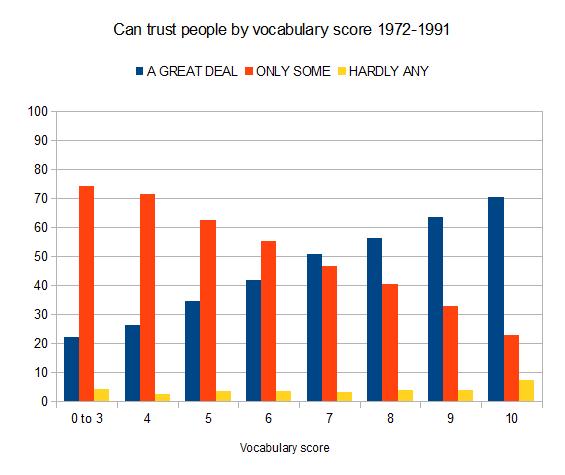 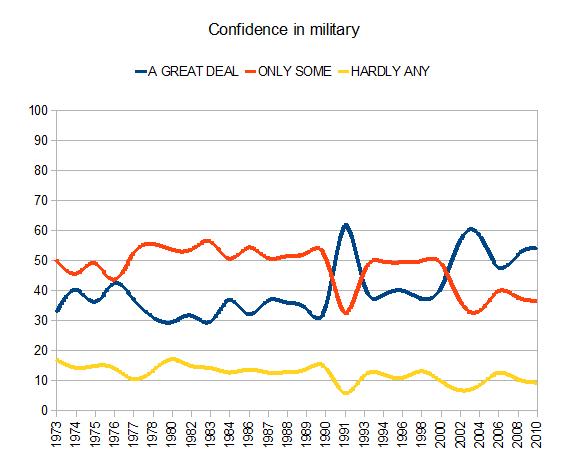 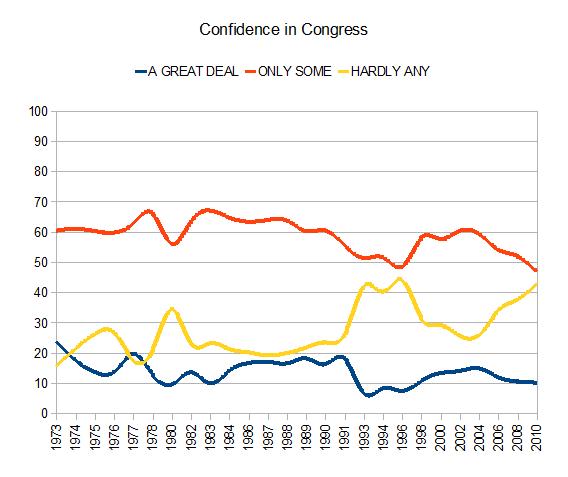 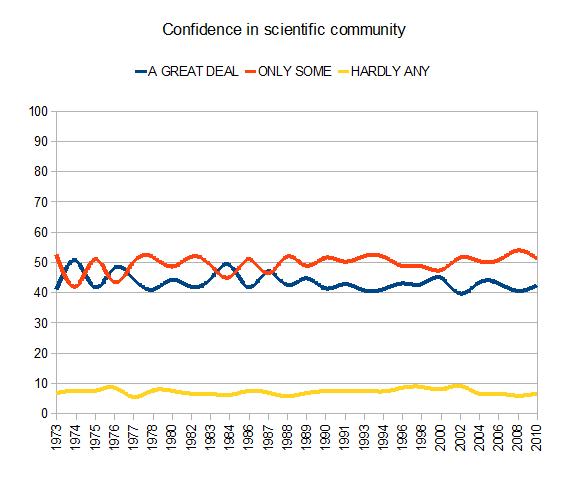 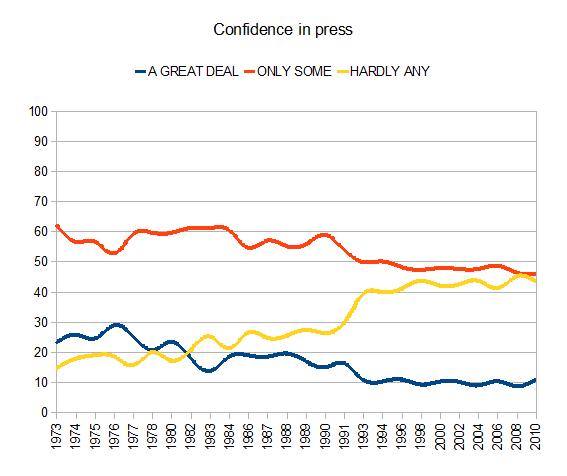 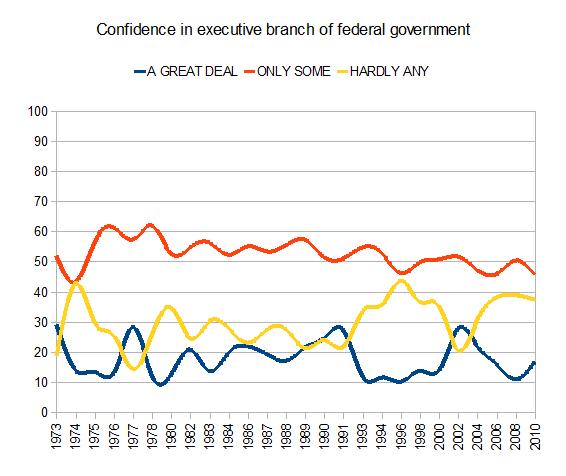 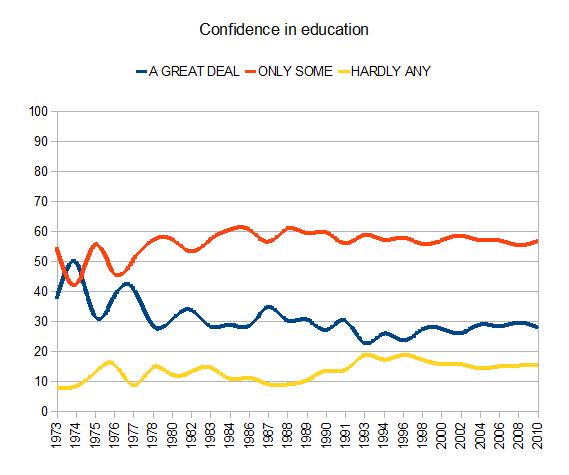 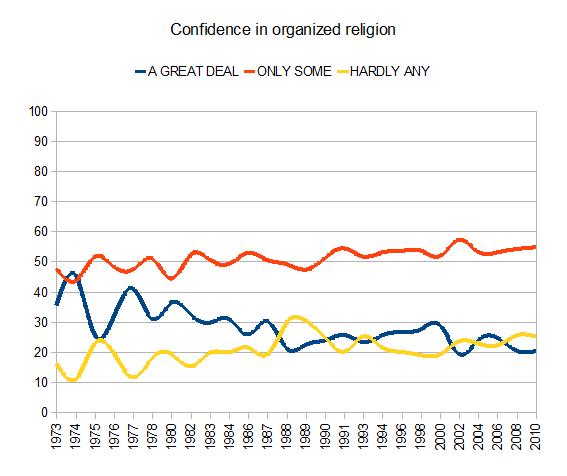 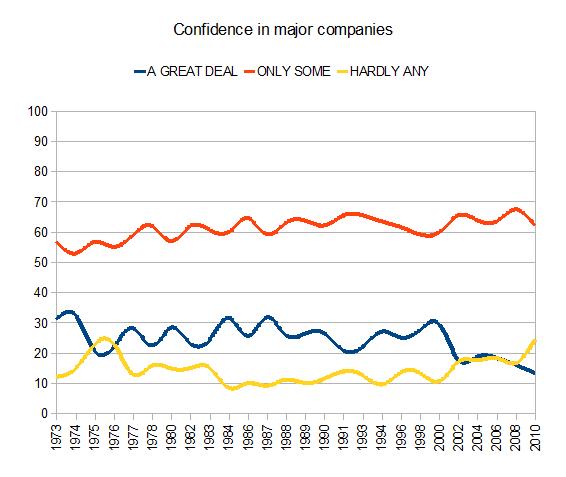 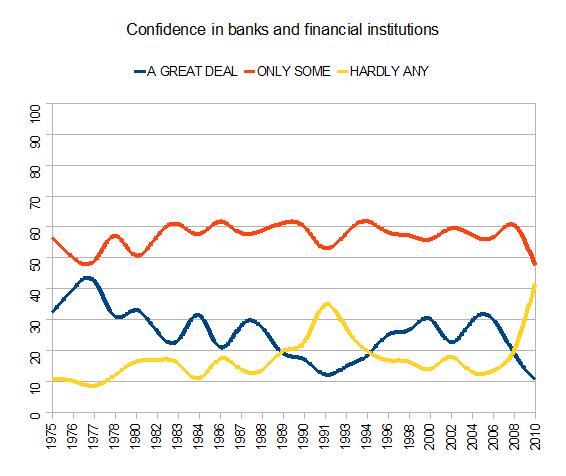