The Secret of the Blind Mole Rat's Cancer Resistance Revealed 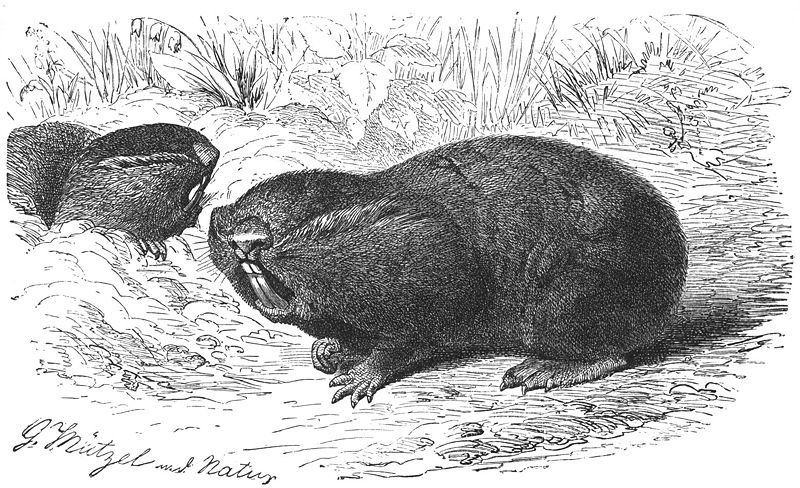 ---numerous studies have revealed that the weird subterranean critters don't feel pain from acid, are massively long-lived for rodents, and don't seem to get cancer. But an evolutionarily distant relative, the blind mole rat, also has a few tricks up its, er, sleeves: It shares the naked mole rats' resistance to cancer, but through a completely different mechanism. Now a study

in the Proceedings of the National Academy of Sciences helps explain what's protecting them. To better understand the blind mole rat's cancer resistance on a cellular level, the scientists grew lung and skin cells from the rats on a substance that encouraged faster-than-normal growth, a hallmark of cancer. In each experiment, as the cell populations doubled and doubled again, the rat's natural defenses eventually kicked in, usually between seven and 20 doublings. The cells began to produce a protein called interferon beta, which caused the cells to die, and fast. Within three days, the protein had killed every cell in each dish. The cells were, in essence, taking a cyanide pill, committing suicide for the organism's greater good. The blind mole rat's anti-cancer strategy, oddly enough, is very different from the naked mole rat's. In that species, a specific gene---p16---increases the rat cells' sensitivity to overcrowding. Once the cell population reaches a certain level, they stop proliferating, thus protecting themselves from unchecked, cancerous growths. Now that the scientists have been able to demonstrate these two anti-cancer mechanisms in the lab, they hope to continue research in live animals, studying the mechanisms in the blind and naked mole rats themselves. This knowledge could provide insights into future treatment or prevention of cancer in humans.