The Rise and Fall of Theranos

The breakthrough that broke apart. 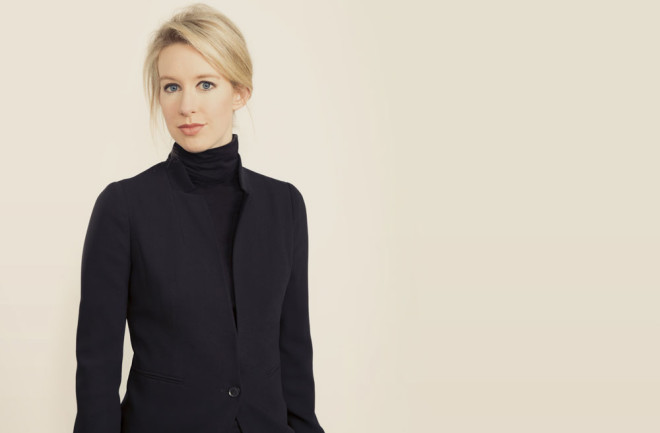 Elizabeth Holmes was a Silicon Valley billionaire on paper, but her net worth crumbled after close scrutiny. (Credit: Mathew Scott)

Elizabeth Holmes’ bio was catnip to the tech sector’s reverence for the lone, clever pioneer. At 19, Holmes quit Stanford University and started a company that promised to revolutionize medicine. Using no needles and just a few drops of blood, Theranos claimed it could conduct hundreds of tests — for herpes, high cholesterol, hepatitis and even cancer. Consumers could be tested without a doctor’s visit or a lab appointment, and often for less than $10.

By the time Holmes turned 31, Forbes valued her net worth at $4.5 billion. The only caveat, usually glossed over in media accounts, was that her “disruptive technology” had never been submitted for scientific peer review. Holmes said she was protecting trade secrets, and the Theranos train kept rolling — right off the rails.

Theranos’ breakthrough premise was that only a small vial of blood was necessary for a wide variety of tests. (Credit: Drew Kelly)

An investigative story published by the Wall Street Journal in late 2015 triggered a government investigation that ended Holmes’ brief reign as a tech sector leader. Theranos has yet to show its “breakthrough” technology actually works, and given recent sanctions, it’s possible it might not ever get the chance. In July, federal regulators even barred Holmes from owning or operating a lab for two years. Forbes now puts her net worth at nothing.

How did a company with such a shaky foundation rise so high in the first place? “There was a clash of cultures,” says John Ioannidis, a health researcher and policy expert at Stanford. “The start-up Silicon Valley tech culture that has thrived and worked miracles with things like computers and engineering-level type applications, versus the bio-med world, where you have customers who can be hurt physically. And people’s lives are at stake.”

In this clash, says Ioannidis, the scientific method has to win. “Peer review is essential,” he says. “It’s got to come first.”

But Catherine Klapperich, who directs the Center for Future Technologies in Cancer Care, thinks something was missing from the discussion. “Point-of-care testing, in which consumers can get a result before they ever leave a doctor’s office, and start treatment right away, is realizable,” she says. “There are good scientists, who submit to peer review, working in this field. And I’d hate to think that investors might shy away because of this.”