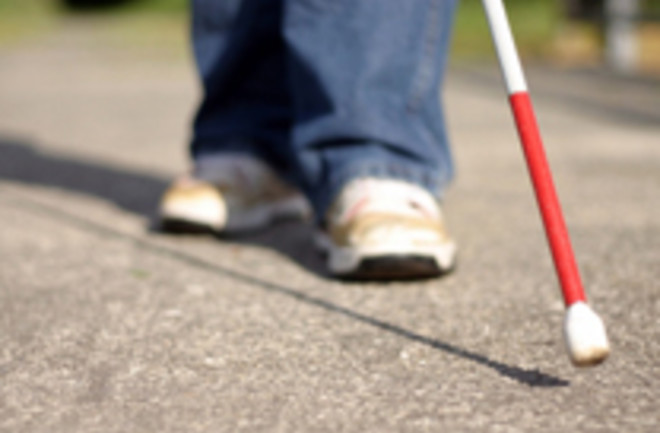 The weird phenomenon of blindsight—in which people take in visual information about objects without actually "seeing" them—has long intrigued scientists, and with good reason. They've watched people navigate obstacle courses and identify colors while being technically blind. This week, in a study in Nature, neuroscientists point to a part of the brain called the lateral geniculate nucleus (LGN) as the neural key that might make blindsight possible.

They used macaques in which the primary visual cortex had been destroyed. The monkeys' eye-focusing movements revealed that they were "seeing" images shown at the periphery of their visual field, but only if their LGN was intact [New Scientist].

The authors refer to the LGN as the "main relay" between the retina and main visual cortex.

Other work had shown that the LGN also has projections to a number of secondary visual areas, suggesting that it may serve as a major hub in the visual system. To test this suggestion, the authors injected the LGN with a chemical that activates the receptor for a major inhibitory signaling molecule.... When the chemical is present, nerve cells receive a signal telling them to stop signaling, so this this injection has the effect of shutting the LGN down entirely [Ars Technica].

When the scientists shut down the LGN, the primates in the study didn't experience any blindsight, as it appears no information was reaching any of their brains' visual centers. Related Content: DISCOVER: What You See Is What You Don't

More From Discover
Mind
Who Were The Boskops And Were They Really Smarter Than Us?
Mind
What's The Spooky Science Behind The Ouija Board?
Health
How Poisonous Chemicals Created The Phrase 'Mad Hatter'
The Sciences
5 Actresses Who Have Also Worked As Scientists
Health
What Happens To Your Brain When You Stop Drinking?
Health
Is Crying Good For You?
Recommendations From Our Store
My Science ShopDiscover STEM Kits
My Science ShopDiscover 2022 Calendar
My Science ShopStrange Science
My Science ShopElements Flashcards
Shop Now
Stay Curious
Join
Our List