It’s Been A Huge Year For COVID-19 Scientists: Here’s What We’ve Learned

In 2020, the world looked to science as a new virus spread across the globe, leaving a permanent mark on human health, behavior and nature — and on science itself. 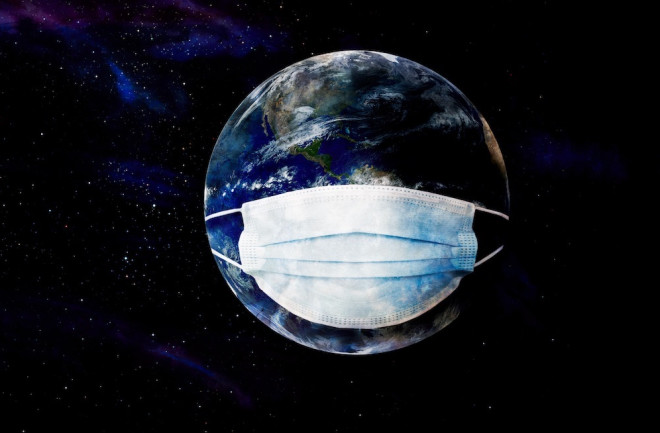 This article appeared in Discover’s annual state of science issue as “All Eyes on COVID.” Support our science journalism by becoming a subscriber.

Nothing turns the public eye to science quite like a global health crisis. By the time the World Health Organization declared COVID-19 a pandemic in March, people across the world were looking to experts for answers. Where did the novel coronavirus SARS-CoV-2 come from? How can we stop the spread and save the lives of those infected? In many places, people listened — taking up 20-second handwashing, mask-wearing, 6-foot physical distancing and staying home whenever possible. Some of these communities “flattened the curve” of the virus’ spread so much that entire nations were flirting with normalcy by late summer. A resurgence hit numerous places in the fall, while many areas that resisted public health guidelines never saw a break in steady cases. Regardless of the politics and people around the world shaping the extent of COVID-19’s impact, we can confidently say: Science had a busy year.

“It’s very disorienting to have been a virologist that nobody pays attention to,” says Sara Sawyer, of the University of Colorado Boulder. “Then, all of a sudden, everybody on the entire planet is scrutinizing your literature and your field. ... It’s overwhelming.”

It’s not just virologists in the spotlight. Physicists and medical researchers alike have been analyzing how far virus-laden respiratory droplets travel through the air — like the ones we spew when sneezing, coughing, talking or just breathing. Experiments have tested different types of fabric masks. Much of the work confirmed that close indoor contact is a danger, and proper mask-wearing can diminish the risk.

“We are not defenseless against COVID-19,” says Robert Redfield, director of the Centers for Disease Control and Prevention (CDC). “Face masks, social distancing, handwashing and being smart about crowds are powerful weapons against COVID-19.”

Mask Off, Mask On

In the early days of COVID-19’s spread, news broke that medical professionals were facing a shortage of protective gear, especially N95 masks. Public health officials, including the U.S. surgeon general, even discouraged the public from buying masks. But by early April, new research flipped the recommendation completely in support of widespread mask-wearing.

“Data emerged that people without symptoms could also spread the virus, and CDC expanded its recommendation for face masks to the general community,” explains Redfield. Prior to that, the CDC had focused its mask recommendations on people with symptoms to reduce the spread of respiratory droplets.

Another lesson learned on the fly was the drawbacks of using ventilators on COVID-19 patients. Early on, medical clinics scrambled to acquire the devices — multiple auto factories even began manufacturing them en masse. But as the year went on, we learned of risks they pose to health workers (including exposure to viral particles) and patient health, such as lung damage caused by the ventilators, and demand slowed.

Most of us hadn’t heard the term asymptomatic carrier before 2020, though the concept isn’t new. During the typhoid fever outbreak in the early 1900s, an asymptomatic cook famously infected between roughly 50 and 120 people. That woman, Mary Mallon — aka Typhoid Mary — could have been any of us this year. Researchers estimated in July that up to 63 percent of SARS-CoV-2 transmission likely comes from pre-symptomatic carriers (those infected but not yet showing symptoms), plus at least 3.5 percent from people who are asymptomatic (cases that never show symptoms).

As Americans ramped up mask-wearing, medical professionals ramped up their testing capabilities. At first, only people with symptoms were tested because “we simply didn’t have enough tests,” explains Rochelle Walensky, chief of the Division of Infectious Diseases at Massachusetts General Hospital. As supplies increased, testing extended to people with known exposure but no symptoms.

“To this day, I still think we don’t have enough in the way of tests,” Walensky said in late summer, as COVID-19 hot spots continued to flare up across the U.S. Although we’ve expanded diagnostic testing — that is, determining whether a sick person has COVID-19 — widespread surveillance testing will play a key role in stopping the spread of the disease. “That’s really where we need to intervene in order to deal with the asymptomatic spread,” she says.

The first real surveillance testing — testing everyone in a group, regardless of whether they have symptoms — appeared in the fall, as many universities attempted to host tens of thousands of students on campus. Researchers are still scrambling to refine existing viral detection methods to make them as cost effective and fast as possible — for instance, using saliva instead of a nasal swab to improve detection or using sewage from dorms to find traces of the virus from asymptomatic students.

“The new saliva based tests that they’re doing are great, and it’s an incremental step forward,” says Walensky, “but they’re not a game changer because we still need to process them in a lab.” The game changer Walensky wants? A test that people can do on their own, at home. (By the time you read this, perhaps such a test will be commonplace.)

Rising to the Challenge

Much of what scientists have been working on this year has involved repurposing existing ideas and methods to fight the virus. These relate to tracking the source, testing to identify the infected and caring for the sick. Even the technique of using convalescent plasma therapy — in which so-called survivor’s serum containing COVID-19 antibodies is injected into the sick — has been around for 100 years.

While SARS-CoV-2 is a novel strain, coronaviruses themselves are nothing new. A virus closely related to the one dominating 2020’s psyche has lived in horseshoe bats for decades. But that doesn’t mean a person contracted SARS-CoV-2 directly from a bat. Because the virus has a few genes that aren’t quite batty, researchers think the virus also spent time in an intermediate host before jumping to humans. The top contenders, as of the fall, were pangolins, a scaly, anteater-like mammal found across parts of Asia and Africa, though no specific source animals had been identified.

The most groundbreaking work is happening in vaccine research, particularly considering the Moderna vaccine. “If it works, it will be a first of its class,” Sawyer says. “It’s very different. It’s actually injecting people with an mRNA.”

Even if this specific vaccine (out of dozens in development) fails to change the course of this pandemic, it is advancing scientific understanding. With traditional vaccines, including many aimed at COVID-19, the active ingredient is an inactivated or weakened virus, or part of one. The Moderna vaccine instead injects mRNA, a type of genetic information, in a transport vessel that will get it all the way into a few cells. Once the mRNA is there, our body’s cells read the instructions from the mRNA and create coronavirus surface proteins. The proteins are transported to the cell surface, where it triggers the immune response needed to provide continuing protection.

Tired as we may be of hearing the term unprecedented applied to the past year, medical research truly leaped at the many challenges of 2020. Researchers adapted and learned and expanded with unprecedented speed. By the time you read this in December, countless new developments are likely to have occurred — for better or worse. No matter what happens, one thing is certain: The world needs science to deliver.