The Needle-Free Future of Medicine 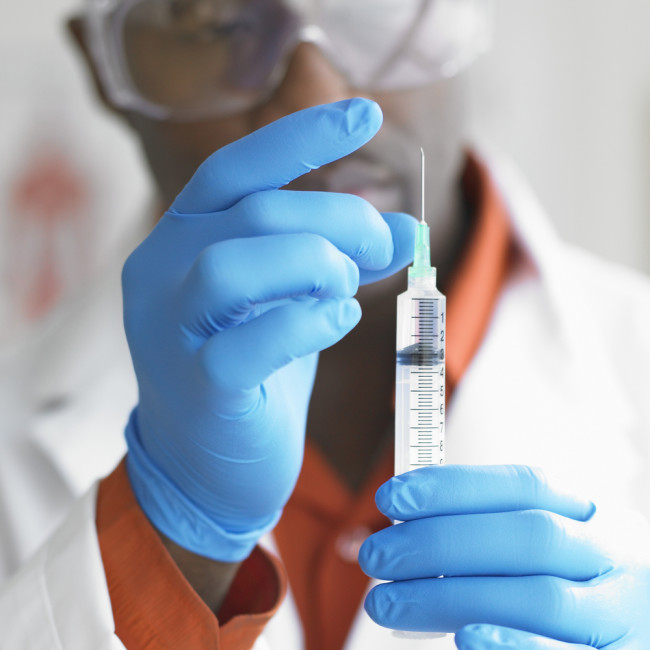 If you’re afraid of needles, here’s some good news: you may not always be stuck with getting shots. At present, injections are the best way to deliver certain kinds of drugs. For example, vaccines and drugs like insulin are made of large molecules that you can’t take orally because they would break down in your digestive tract. Some antibiotic and antiviral medications are also given as injections for this reason. But needles suck. About 10 percent of patients who need regular injections don’t comply with their doctors’ instructions, according to 3M, partly because self-administering injections is difficult and painful. And injectable drugs are a hassle, too: they have to be stored at cold temperatures and have a limited shelf life. That’s why biotech companies around the world are working on needle-free ways to deliver these drugs, with everything from high-tech pills to simple do-it-yourself patches.

Instead of getting an injection, you may one day be able to take a normal-looking pill that works more like a James Bond gadget. The drug is stored inside tiny needles made of sugar, inside a polymer coating that keeps it from breaking down in your digestive tract too soon. Once the "robotic pill" reaches your intestine, its protective polymer coating dissolves, along with a valve separating two tiny compartments inside the pill. One is filled with citric acid, the other with baking soda, and they react to create carbon dioxide – just like those tabletop volcanoes you made in elementary school. 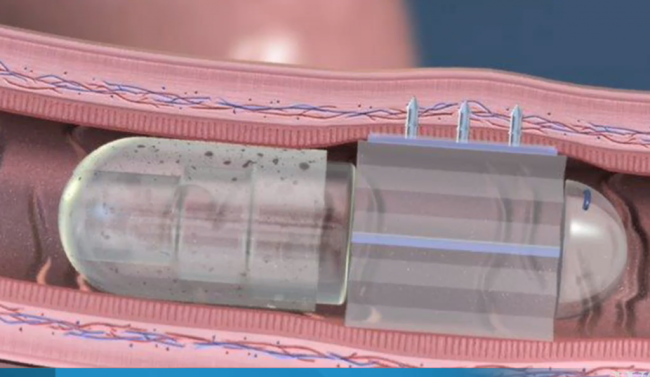 Screenshot via InCube Labs and Rani Therapeutics The carbon dioxide inflates a tiny balloon, which pushes the tiny sugar needles into the wall of your intestine, where they detach and release the drug into your bloodstream. The rest of the pill just passes right out with your poop. But it’s going to be a while before this futuristic pill is available, and there are no guarantees it will make it to the market at all. Pharmaceutical company Novartis is working on the technology with Rani Therapeutics, but they don’t plan to test its feasibility for another year and a half to two years.

A less exotic pill is under development by a pharmaceutical company called Catalent. They have been working on putting vaccines into freeze-dried tablets that will dissolve under your tongue in about five seconds. Then, the molecules that make up the drug or vaccine diffuse through the membrane under your tongue and into your bloodstream. Catalent has already tested their tablet version of the flu vaccine in mice. (Which, yes, meant making a very tiny tablet and putting it under the mouse’s tiny tongue. “This is an art in itself,” researcher Robert Smith told industry publication C&EN.) More importantly, Catalent says that its Zydis tablets have a shelf life of up to four years at room temperature. That’s a big improvement on liquid vaccines, which have to be kept cold and quickly expire. Though keeping drugs refrigerated isn’t a problem in most developed countries, in remote and underdeveloped places it’s a challenge that often keeps people from getting important vaccines. 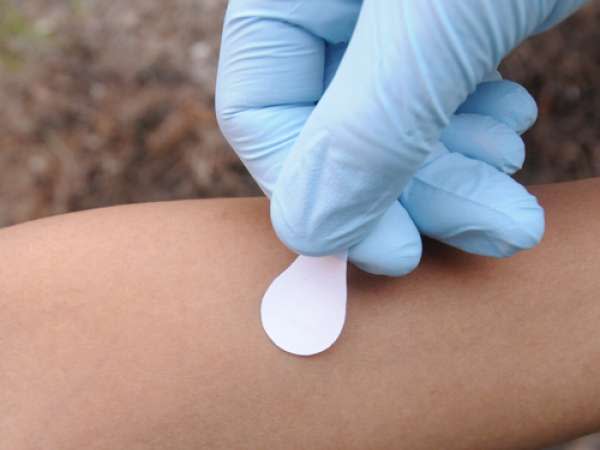 Another approach being tried out is patches. The U.S. Centers for Disease Control (CDC) is working with Georgia Institute of Technology on one such patch, about a centimeter square. Though it looks like a small bandage, it sticks to the skin not with adhesive, but with 100 tiny needles. Each “microneedle” is less than a millimeter long and made of a mixture of polymer, sugars, and the vaccine itself. When you press the patch onto your skin, those microneedles dissolve into your bloodstream. The patch’s simplicity could make it easier to deliver vaccinations in remote areas where healthcare workers are scarce. The lack of needles also helps reduce workers’ risk of exposure to blood-borne disease. The CDC has tested a patch version of the malaria vaccine on monkeys, and it produced a strong response from their immune systems. Now, the agency is planning human trials – but not until 2017.

Meanwhile, 3M has developed its own microneedle patch. It’s about the same size as the CDC’s patch, but with only 12 needles, each about 1.5 mm long. One version uses solid needles coated with a dried form of a drug, and another version uses hollow needles to inject liquid drugs. The idea is that patients who need regular injections can administer the patches at home, instead of having to go to a doctor’s office for a shot. How much that stings will depend on the drug, the dose, and how fast the patch delivers the drug to your bloodstream, according to the company. The patches are ready for clinical trials, but 3M hasn’t yet found a drug company interested in trying them out. 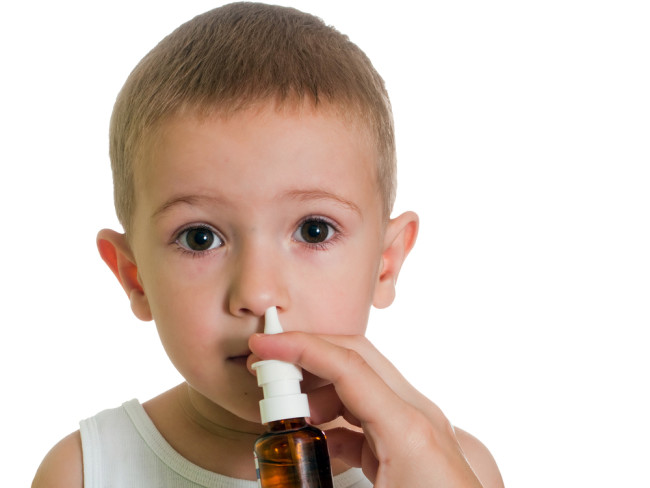 A different tactic could be as simple as breathing in. Inhalable vaccines are already offered for the flu, but so far the approach hasn’t worked very well for other drugs. For instance, in April, researchers tested an inhaled version of the measles vaccine. It worked, but babies’ immune systems responded more strongly to the injected version. Doctors say that difference makes the shot worth the tears, at least for measles. For patients who need several shots a day, however, avoiding a few injections could be a much bigger deal. Many diabetics, for example, need insulin at least twice a day, and sometimes have to take extra doses at mealtimes. Since February, an inhalable form of insulin called Afrezza has been available in the U.S., but it is seeing slow adoption among patients. It’s not quite clear why, but the manufacturer has pointed out that U.S. federal law requires patients to qualify for the drug, which has a long list of safety restrictions. Smokers and asthma patients, for example, can’t take Afrezza. That qualification process may be enough to deter some patients and their doctors. But inhalable drugs may still show some promise, especially in situations where there aren’t enough healthcare workers trained to give injections. Researchers at the University of Texas Medical Branch recently announced that an inhalable version of the Ebola vaccine worked to protect primates against the virus. It worked well enough to move on to clinical trials in humans.

Drug development is a long, expensive process, and most drugs never make it onto pharmacy shelves. Only about 10 percent actually get FDA approval and then become available to patients, according to Ralph Lipp, head of biotechnology company Lipp Life Sciences. “Add another delivery technology, and you can subtract another two percent of probability,” Lipp said. For one thing, the FDA is hesitant to approve a new drug and a new way of taking medicine at the same time, according to C&EN. They want to see new drugs work with familiar methods first. And Smith, of Catalent, claims that his company has faced opposition from the companies that currently supply most of the vaccine market, who don’t want to compete with injection-free ways of delivering the vaccines. “Their processes could become redundant if Catalent’s oral approach really takes off,” he told C&EN. Still, if needle-free choices are offered to patients, they may be quickly favored. The demand for fewer needle-pricks could drive development of alternatives, despite the challenges. Maybe in a few years, when the doctor says, “This won’t hurt a bit,” it will actually be true.