The Good-Old Days of Contraception: Lemon-Peel Diaphragms and Beaver-Testicle Tea 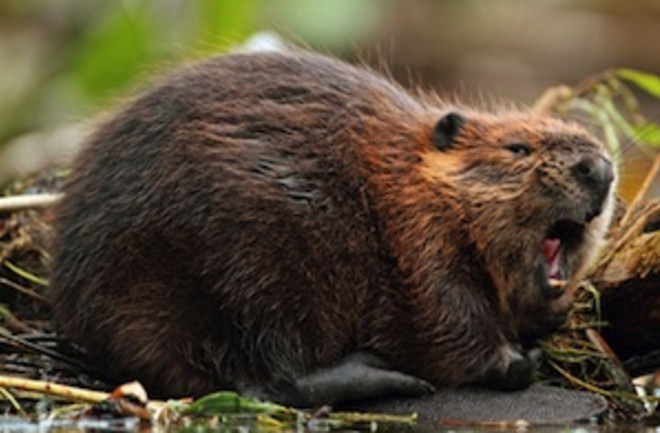 You want to make tea from my what now?

Birth control can be a hassle—but as a review of the history of contraception reveals, modern methods don’t hold a candle to the hoops that people used to jump through to prevent unwanted pregnancy. Gents, ever complained about the mandate to, as a U.S. government film instructed soldiers during World War II, “put it on before you put it in”? Perhaps you’d prefer a condom made of fish or animal intestine that ties on with a ribbon, like the ones men used in the 1600s. You could store it in a box by the bed to reuse again and again! Oh, but if you grab the contents of that box for protection when you sneak out to visit a possibly pox- or clap-ridden prostitute, just remember: while sperm can’t fit through the pores in an animal intestine, viruses can. (At least you’d be saving the woman from having to chug mercury, a last-ditch 17th century method of terminating an unwanted pregnancy.)

And ladies, grossed out by the notion of shielding your cervix with animal dung? Try some fruit instead: one 1550 BC recipe for a vaginal suppository included acacia fruit, which has been shown to prevent pregnancy in lab mice—that is, when they eat the seeds. And in the 18th century, Casanova fashioned a cervical cap from half a pulped lemon (perhaps to avoid responsibility for child support), and the combination of blockage and acidity made this a fairly effective method.

On second thought, you might prefer an oral contraceptive. Start with the earliest recipe, from ancient Egypt, but be careful: before you drink the mixture of oil, celery, and beer, the papyrus instructs each woman to “fumigate her vagina with emmer seeds.” Yowch. Don’t let that singed smell put you off though—in lab rats, celery extract did terminate a third of pregnancies. But celery’s low success rate couldn’t hold a candle to the silphium plant, whose popularity as a classical Greek and Roman contraceptive drove it to extinction. Modern testing has revealed that other herbs and plants recommended by ancient authors, such as cow parsnip and the wild yam called Barbasco root, contain chemicals that can influence hormone levels. Of course, not all oral contraceptives had to contain plant matter: Native women in today’s New Brunswick brewed tea out of preserved beaver testicles, which could have provided androgen to influence their hormonal balance and decrease fertility.

Although some of these methods were effective, they could have incredibly damaging side effects. For example, when ingested, the herb pennyroyal has been known to induce abortion…as well as poisoning the lungs and nervous system, causing liver and kidney failure, inflaming the stomach lining, and ultimately killing the patient. In summary: please don’t actually try any of these contraceptive methods. To learn more about the history of birth control, such as how Charles Goodyear contributed to the rise of mass-produced condoms, check out the review in the University of Toronto Medical Journal.